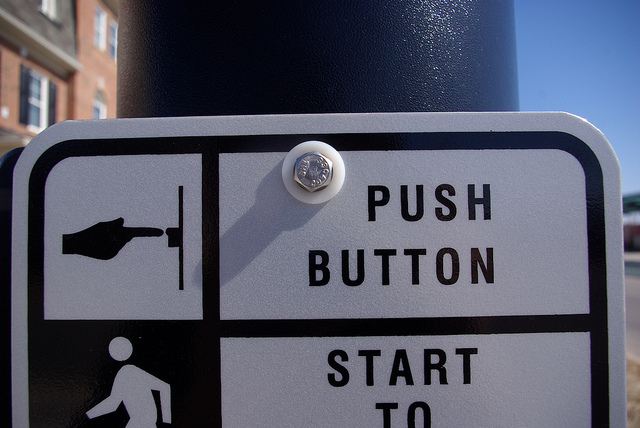 These are now possible on:
1. Android smartphones, but not iPhones;
2. on websites – these are the “web push”, configured from your browser (Chrome, Firefox), which may appear at the top right of your Mac or at the bottom right of your PC, even if you are not connected to the internet at that time;
3. in instant messengers such as Facebook’s Messenger.

The future of the push?


“Instant messengers are the future of the push,” said Jerome Stioui, president of the company Accengage, which recently organised The Push Notification Summit in Paris. And for good reason: the number of instant messenger users – four billion globally – exceeds the number of social network users.

“Until very recently, Facebook Messenger was reserved for exchanges between individuals,” Stioui told the conference. But since early 2016, media brands and others have also been able to use this channel to address their audiences.

A welcome but unexpected opportunity is that Facebook Messenger on a mobile device is the preferred place for young French people, aged between 15 and 24 years-old, to communicate.  More than 14 million people use Facebook Messenger in France. This preference is at the expense of emails. We spend less time on email than before (in France, 5.1 hours per day against 6.5 hours last year), according to Adobe.

Deploying notifications in instant messengers and browsers can yield better results in terms of engagement than pushing those who rarely open their apps. One in five users open an application only once, and about 40% open it fewer than three times – despite push reminders. Push notifications sent to disengaged users seem like a futile attempt to “wake up zombies”, Thibaut Desjonquères, Mobile Marketing Manager at Air France, told the conference.

Storing push notifications has been another problem: how to keep pushes somewhere so users can consult them as they please? “We often miss pushes if we don’t click on them immediately, and we never know where to find them afterwards,” Desjonquères said. Hence the creation of special messengers on websites and mobiles where pushes can be stored.

Persuading users to opt-in – that is to say to agree to receive push notifications – is the ultimate aim for app publishers.

Strategies aimed at achieving maximum user opt-in have widely been tested. “You have to send the request at the right time, and this good time depends on the schedule of each individual,” explained one Summit participant. “What works is to personalise the message with the first name of the user,” said another attendee. “Even if someone said no, we must re-propose regularly,” advised Rachel Bouvier, of showroomprive.com. After seven days of sending reminders without receiving a reaction, showroomprive offers a voucher as a reward to users who sign up.

According to data from Accengage’s 2017 barometer, the average rate of opt-in in France on media applications is 42% on Apple devices – but 100% on Android where the agreement is made by default, 16% on web push, and 35% on Facebook Messenger.

Once an agreement is reached with the user, it is then necessary to manage the “pressure” placed upon them by not sending too many – or too few – notifications. Pierre Dubail, data and CRM manager at France’s M6, a private national television channel, told the Summit.

“At M6, we send 20 million pushes a month to 3.9 million users, (out of 18 million subscribers), who have “opted-in” to the 6play site – registration is mandatory to watch a video,” Dubail said. “Every day, nearly 16,000 new accounts are created by users with an average age of 34 years, although TV viewers are 52 years old on average,” he added.

Dubail acknowledged that many of M6’s users were originally lured to the site by the chance to watch a replay of the channel’s successful television series, Love is in the Meadow. However, once the programme is over they are hard to bring back. “We are trying to re-mobilize them via the pushes,” he said.

The ingredients of a good push

Pushes, yes, but which ones? How to write them? According to Thibaut Desjonquères of Air France the perfect push recipe would be the following, for all industries:

However, it is not so simple to serve this recipe at any meal. In communications, catchphrases are rarely “attractive” and emoticons do not lend themselves to all editorial positions.

This article originally appeared on Medium.com

You may also be interested in: Can Born-Digital Media attract Young Audiences?