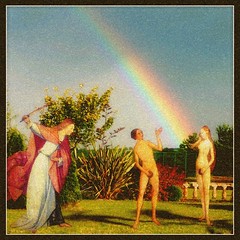 “Fair Trade” in the news business: What journalists and publishers might learn from behavioral economics.

Rupert Murdoch’s London Times is the front-runner in attempting to introduce payments for its online content since early July. Others will follow, like Le Monde and Figaro, and Axel Springer AG in Germany announced similar plans. In America, the New York Times spent a year preparing its readers with reports about the newspaper branch, later acknowledging that it would reconstruct the very paywall it eliminated only a short while before.

Will the about-turn of the about-turn succeed? Unfortunately, we will know this only afterwards. The first figures from London indicate that two-thirds of online Times readers are rejecting the pay option. Yet it’s far too early to form an evaluation. By applying games theory, the leaders of the industry must face the prisoners’ dilemma. Only when competing publishing houses are quick to follow will the coup succeed. In any other event, Google and the other new krakens will still be able to offer content in abundance and at zero cost, but high quality journalism may no longer be as easily accessible for free as it is now. Unfortunately, we will know the answer only afterwards.

A few clues that may shed light on the current media situation can be found in insights generated by behavioral economists. First, however, we should reflect on why it would be rational to pay for journalistic products: Thanks to the Internet, news can be distributed and copied as rapidly and as often as desired without any additional cost. Yet to investigate, check them and handle news stories according to professional standards costs money. Journalists who bring positive light to the information jungle ducking PR and contributing  reliable research offer a valuable service. If we, the readers, listeners, viewers and users don’t pay for these services, they won’t be provided any more, or they will have to be financed by someone else. Whoever this “third party” may be – the advertising industry, the government or philanthropical institutions – it will bring private interests into the game and thus endanger journalistic independence.

Behavioral economists can attest that we don’t frequently make decisions quite rationally. Many human beings seem to be content with information and news of minor value. They prefer entertainment to knowing everything in-depth, and as no one can or needs to know everything precisely, economists also speak of “rational ignorance.” 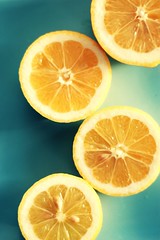 A large part of the media offer is being provided on so-called “markets for lemons.” This is how economist George A. Akerlof refers to markets in which the quality of products is not transparent, or where quality consciousness is lacking on the buyers’ side. In such markets, products of relatively low quality will be offered frequently. For instance lemons, which are difficult to estimate whether they’ll be especially sour or juiceless from simple observation. Inevitably, for such products the consumers’ willingness to pay will shrink, and thus it will become more difficult for suppliers of high quality goods to sell their products at a high price to compensate for higher production costs.

A similar phenomenon emerges in journalism: If fewer people buy or subscribe to high-quality newspapers, newsrooms must cut back. The quality of the news product will be reduced, and the credibility will suffer. Thus, the willingness to pay will fade away even faster. In a spiral movement, bad quality squeezes good quality out of the market.

This process is accelerated by the fascination we maintain with offers of “free.” “It’s no secret that getting something free feels very good. Zero is not just another price, it turns out. Zero is an emotional hot button – a source of irrational excitement,” summarizes Dan Ariely (2008), behavioral economist at MIT. Publishers who would like to protect their journalistic content through the use of pay walls should not underestimate how difficult it will be to rescind from the world of free news. We’ve been hooked on their freebies for years at this point.

What does hope look like? From experiments of behavioral economists we also know that most of us have a quite distinct and well-developed sense of fairness. Fair-trade activists like Max Havelaar mobilized this sense for justice in everyday life with enlightening campaigns. Many, though by far not all of us, are willing to pay a bit more for coffee or bananas if they enable us to “buy” a clear conscience with the hope that peasants in Ecuador will receive “adequate” compensation for their work.

Whether paid content online will become a success will depend on such persuasive campaigns. Those that believe quality journalism has a fair chance at survival must also communicate strong journalistic quality. The small but significant difference should be made conscious – for example the difference between investigative research and content which has been magically transformed from PR to journalism.

The fact that all of us are paying the bills for advertising – even if media products don’t cost anything at first glance – must be addressed as well. We are charged in the supermarket when we buy a Coke, a box of Kellogg’s cornflakes or other branded products suggested to us by advertising. And if we must pay fees for public broadcasting, or if the distribution of newspapers is being subsidized with taxpayers’ money, we are once again taking over the bills. In both cases, however, we are frequently paying for media products we don’t even like to consume. Those aware of these crucial facts will find it easier to say goodbye to the Cockaigne of free online journalism in which we’ve been living for the past years.

Media companies may have to do more than simply invest in advertising and corporate communication. In particular, public relations will not come across if there are no journalistic platforms dealing with journalism and the media in a credible way. The quality-consciousness of publics as well as the willingness to pay for media products will – if anything – rise thanks to the distribution of reliable information about media and journalism which should, in turn, be generated by journalists rather than by PR and advertising specialists. How many cars would cease to be sold by premium brands like Mercedes, BMW, Audi or Porsche if there were no motor sections, no special interest magazines dealing with cars and no Formula One coverage?

In the event that paid content proves successful, this will serve as a victory for the “Ralph Lauren Strategy” as proposed by Marjorie Scardino, CEO of Pearson and top publisher of the Financial Times. Indeed, there are media products like the Economist which remained trendy for the simple fact that they carried slightly higher price tags, making them chic to have and indicative of luxurious taste.

The future of less-ambitious media outlets will probably have more to do with the “Tom Sawyer” business model. This is how Michael Sprengelmeyer, who runs the Guadaloupe County Communicator an online journalistic start-up in Santa Rosa, defines what others are referring to as “citizen journalism.” “Like the boy convinces his friends how rewarding it is to paint a fence for him, he persuades friends and family to write articles and to design Web pages for free,” the Financial Times Deutschland recently quoted as Sprengelmeyer’s survival strategy.

Both strategies of persuasion make the self-interested, rational homo economicus approach appear somewhat outdated. At least the first may become the light at the end of a long tunnel for professional journalism.

*Editor’s Note: Micheal Sprengelmeyer contacted the EJO to clarify that his quote from the Financial Times Deutschland was missing appropriate context. Sprengelmeyer believes journalists should be paid adequately for their professional work. All journalists who contribute to his paper are paid.