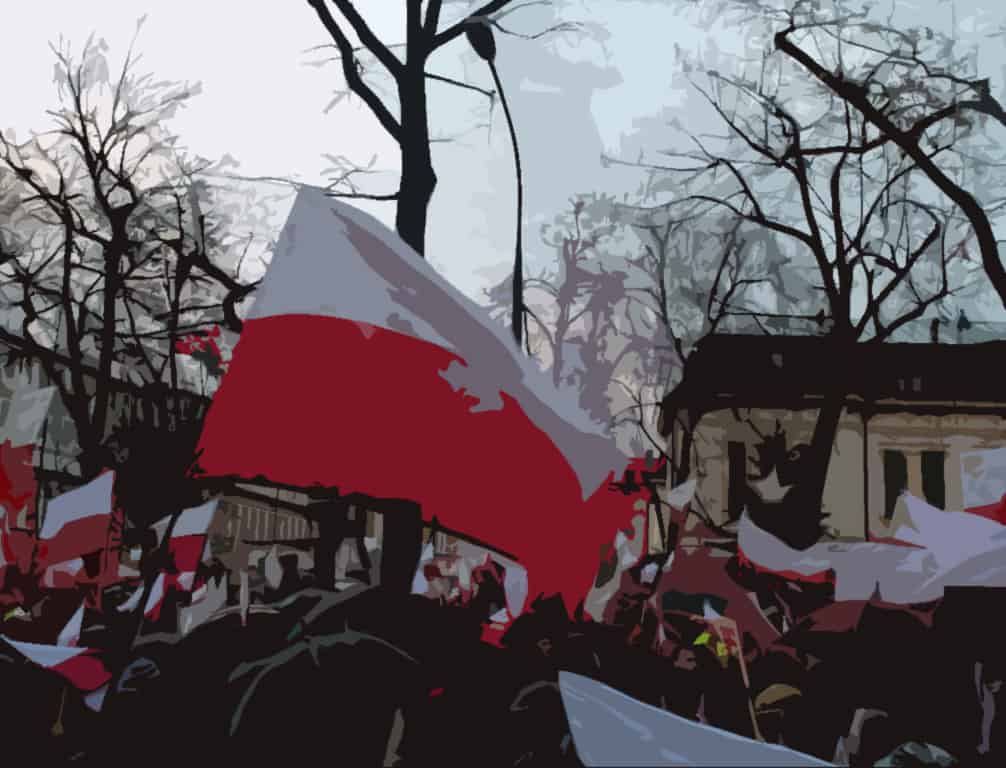 Poland’s media and the media diet of Polish citizens are becoming more and more polarised. New research has found that Polish media users increasingly consume news only from outlets which align with their political views, rather than looking across the political aisle for information.

These developments likely have their origin in reforms introduced by Poland’s right-wing government (led by Poland’s PiS Law and Justice Party). Over the last years the PiS government has taken control of state broadcasters and promised a shift from public to “national” media. These measures sparked protests and produced outcries from European institutions and non-governmental organisations from all around the world.

Yet, the polarisation of news diets is not only a Polish phenomenon. Many experts have suggested in recent years that growing divisions and conflicts between political parties and within society have been supported by external media pluralism and reflected in the polarisation and radicalisation of journalistic communities. Instead of maintaining social cohesion and conflict mitigation, media outlets are frequently accused of making the divisions in society even bigger.

The new study by Michał Wenzel, entitled “News Consumption and Political Party Preferences in Poland” has now tried to understand these phenomenons from a Polish perspective. Wenzel analysed the effect of Polish media on political preferences of Polish voters – and tried to find links between the daily “media diet” of Polish citizens and their positions and attitudes towards the most important social and political divisions in the country.

Wenzel’s study confirmed that online media has become the most widespread source of political information in Poland. Especially social media are widely used. Facebook was the most popular news source, used by more than 75 percent of respondents. However, respondents did not see Facebook as the most important source sources. TV channels are still ahead in this race, at least according to Wenzel’s survey. Yet, it is possible that the results were skewed by Wenzel’s methodology as he only surveyed people online, missing out on the older, often more conservative population.

For his study, Wenzel clustered his respondents into four groups, according to their party preferences – Law and Justice voters; voters of Civic Platform (PO) and Modern Party (Nowoczesna); voters of parties other than PiS, PO and N, namely Kukiz’15, Polish Peasant Party (PSL), Alliance of the Democratic Left (SLD), Together (Razem) and Freedom (Wolność), and a fourth group consisting of the politically passive respondents, the undecided and non-voters.

At the same time, he also defined media clusters: public media (controlled by the ruling PiS party); major private media (usually seen as supporting the opposition) and, as a separate cluster, the most important online portals – assuming that divisions in the media should overlap with political preferences. Respondents were asked to indicate all media they used to collect information and select the most important sources of political news.

As predicted, each of the groups had different patterns of media consumption. However, the most important differences were observed between Law and Justice voters on the one side and voters of Civic Platform (PO) and Modern Party (Nowoczesna), the two largest opposition parties, on the other side. Wenzel also suggests that “users of FB as the main information source are a separate, depoliticised category”. The survey showed that “its use as a primary source of information is negatively correlated with using news programs of both TVP and TVN, the centres of the two information ecosystems”. Those who rely on Facebook tend to disregard TV.

People Trust The Media They Use

What is important, differences in information source preferences are directly related to the evaluation of the reliability of different media. For instance, PiS voters are mostly positive about public media performance – and have a negative attitude towards private media. PO and N voters usually express negative opinions about public TV and  are more positive about private media. Others are located in between these two groups. However, preferences of the third and fourth group seem to be closer to PO and N voters than to PiS voters, which, according to Wenzel, live “in a different communication world”.

Wenzel’s research seems to confirm some assumptions made by researchers and observers of the Polish public debate. It is quite obvious that growing divisions in both Polish society and the political arena as well as the radicalisation of the media discourse were widely reflected and supported by the media in the aftermath of the presidential plane crash in Smolensk in 2010 and the parliamentary elections of 2015.

The crash in which President Lech Kaczyński and 96 others died, seemed to be a crucial event, which changed the dynamics of Polish public debate. Although united immediately after the tragedy, Polish society has since become more divided in searching for potential causes of the plane crash. As Polish journalist Krzysztof Dzięciołowski suggests, this event “has pushed Polish journalism to embrace a highly partisan, political and polarised approach”. Wenzel’s study seems to confirm that Polish media users have fallen into this trap, too.

The full article is available here.

Michal Kuś is the project director and editor of the EJO Polish website. He is also an assistant professor in the Department of Communication and Journalism (Institute of Political Science, University of Wrocław). His research focuses on media systems, with a special emphasis on media control, ownership and deregulation, the relationship between media and politics, and political communication.
» Recent, Research » Divided Media Users, Divided Society?