Switzerland: Coronavirus and the media 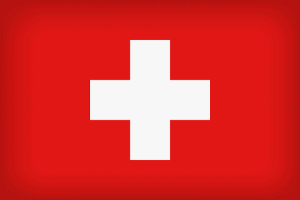 Swiss media coverage of the corona crisis went through several stages. At the height of the health crisis, the media focused mainly on conveying official public health messages, which gave rise to criticism that they were failing to question government policy. However, most media gradually adopted a less unquestioning stance.

The official arrival of the coronavirus pandemic in Switzerland took place on 25 February, when the first case of Covid-19 was identified. This was preceded by the sudden dramatic flare-up in neighbouring Italy, which had already experienced its first deaths from the disease. In Switzerland, the first fatality came on 5 March, and the peak of the epidemic was reached a month later, by which point 1,300 new cases a day were being registered.

On 28 February, the Swiss government adopted the first restrictive measures. On 16 March, the Federal Council announced a partial lockdown, involving the closure of many shops and services as well as a restriction on freedom of movement. These measures begin to be lifted from 27 April. To date, more than 30,000 people have been infected. The number of dead is thought to be between 1,600 and 1,900 (different sources differ on the exact figure).

Several shifts can be observed in the importance attached to the story by the media and the way in which they covered it. After the virus was discovered in China, it was some time before the story was given any prominence in the Swiss media. “Between December and January, stories about Covid-19 were treated as being part of foreign news coverage, as it was still regarded as a localised epidemic in China. It wasn’t seen as representing a danger to us,” recalls Philippe Amez-Droz, a lecturer and researcher at the University of Geneva.

“The press wasn’t particularly concerned,” confirms the director of the Geneva Press Club, Pierre Ruetschi. This changed practically overnight once the first restrictive measures were adopted by the government. “We were taken aback, everyone then realised that the situation was serious, whereas we had thought that we were safe,” says Ruetschi. “From then on, the coronavirus became the number one topic.”

Media coverage was further stepped up following the announcement of a partial lockdown on 16 March. For the next two months, according to Ruetschi, the focus was on combating the virus. “During this period, the press tried above all to understand the disease and to explain what the measures were about, without really questioning them,” he explains. “The media played a public service role.”

Knowing how to be critical

Not everyone was happy about this. The media’s approach gave rise to a number of criticisms, especially in German-speaking Switzerland. “During the first three or four weeks of the crisis, the media broadcast the government’s instructions without calling them into question,” says Artur Vogel, former editor of the Bern daily Der Bund. “It’s not their job to be a mouthpiece for the authorities.”

Our aim was not to be critical at any price, we also had to convey important information. – Heidi.news editorial director Serge Michel

Amez-Droz acknowledges that “the spirit of independence was stronger at the end of the crisis”, but points out that “at the beginning, the dominant feeling was fear.” Ruetschi notes that “to criticise government policy at that time, you had to have very solid sources. In view of the context, we couldn’t stir up controversy without good reason. Without a factual basis, criticism risked becoming an exchange of opinions.”

Asked about this in an online debate on the role of the press, the editor of the 24 heures daily Claude Ansermoz responded that “when things went wrong, we knew how to be critical. On the other hand, our role as a public service gave us responsibilities in the management of this crisis.” Serge Michel, the editorial director of Heidi.news, concurred: “Our aim was not to be critical at any price, we also had to convey important information.”

An agreement reached by Italian Swiss Radio and Television (RSI) and the cantonal government in Ticino, under which some of the channel’s journalists were to help draft messages aimed at the public, became a focus of criticism, but this has remained an isolated case.

From mid-May, cracks began to appear in what had until then been a relatively homogeneous media coverage of the crisis. “When the measures began to be lifted, we saw a split between the German-speaking position and the French-speaking position,” says Ruetschi. German Switzerland has been less directly affected by the crisis and is also “closer to economic circles eager to get things going again. This translated into a desire to exit the lockdown more quickly, which was clearly reflected in the media.”

In terms of content, the pandemic inspired some specially created material. Television channels dropped some programmes from their schedules and replaced them with completely new ones,  often using video footage supplied by viewers. Most online newspapers launched special pages devoted to the crisis, complete with live follow-ups. The new formats explored included pages dedicated to data, fact-checking articles and podcasts.

Over and above these new formats, “the media tried to connect with their communities and adopted a fairly factual approach. At the beginning, people needed the basic information,” says Ruetschi.

Several publishers decided to make their coronavirus-related content freely available. This was the case with the weekly Die Wochenzeitung, the newspapers belonging to the French-speaking group ESH Médias and the daily Le Temps. Other newspapers, such as the Neue Zürcher Zeitung and the Tages-Anzeiger, felt unable to take this step, as the huge fall in advertising revenues they had suffered meant they were already in danger of folding.

The collapse of advertising revenues – which dropped as much as 95% in some cases – is an ongoing process that was dramatically accelerated by the pandemic. In the words of freelance journalist Gerhard Lob, “this crisis simply accentuated a difficulty that has been going on for years”. It has resulted in many printed newspapers reducing the number of pages and most editorial offices resorting to short-time working.

Journalists working for the publisher TX Group (Tages-Anzeiger, Der Bund, Basler Zeitung, 24 heures, and Tribune de Genève among others) have seen their working hours reduced by 20%. With local newspapers, the reduction is even higher: 30% at Le Nouvelliste and ArcInfo. The publisher CH Media (Aargauer Zeitung, Luzerner Zeitung, St. Galler Tagblatt and others) also put its 2,000 employees onto short-time working at the end of March.

“This is a bleak situation because, unlike in the past, the public has shown that it needs and wants to be informed,” says Lob. “However, this does not translate into income.” The pandemic did indeed produce a spectacular increase in the size of the audience for all media, especially in the early stages: public service television news achieved 80% of market share at the height of the crisis, while Le Temps tripled its audience on its website.

This is a slightly abridged version of the original article, which can be found on EJO’s French-language site headlined “Comment les médias suisses ont-ils couvert la crise du coronavirus?”

Alberto Silini is a research assistant at the Académie du journalisme et des médias (AJM) at the University of Neuchâtel, Switzerland. He is also the editor of EJO’s French-language site. He has worked as a journalist for Swiss public service media and for several local media outlets.
» Ethics and Quality, Media Economics, Recent » Switzerland: Coronavirus and the media