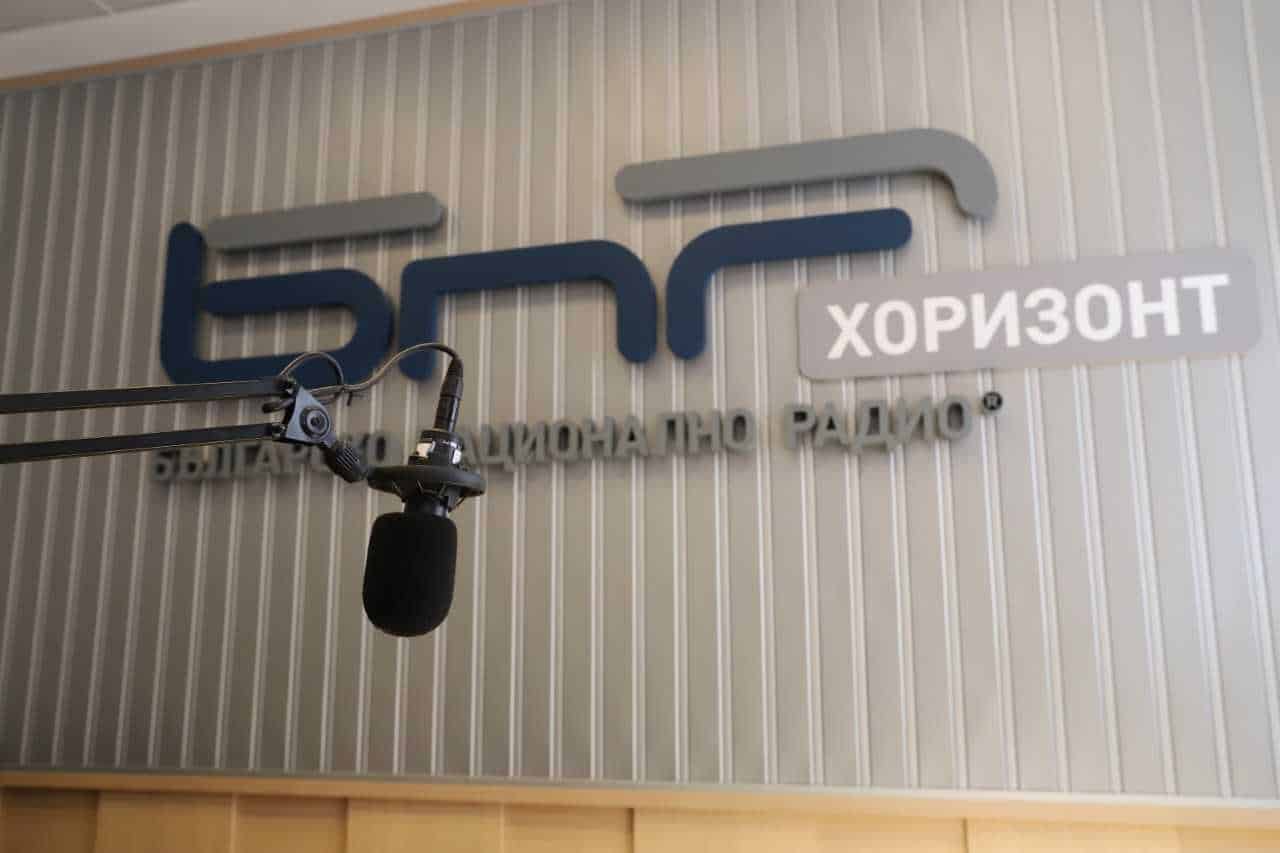 Public service broadcasting in Bulgaria is currently facing some tough challenges. Bulgarian National Radio (BNR) recently came under the spotlight because of the political pressure that led to the temporary suspension of a senior presenter. Both BNR and Bulgarian National Television (BNT) have long suffered from chronic underfunding, and on top of this, both are struggling to compete with private media, which increasingly dominate the market.

The weak financial position and lack of autonomy of Bulgaria’s public service broadcasters are reflected in the fact that the country trails behind all other EU member states in the latest press freedom index compiled by Reporters Without Borders. Within the ranking as a whole, Bulgaria occupies 111th place (out of a total of 180 countries assessed).

BNR’s problems reached crisis point when the network’s flagship news channel Horizont was taken off the air for five hours on 13 September. The reason given was “technical maintenance,” but some observers suspected that the break in transmission was somehow connected to the suspension the previous day of veteran journalist Silvia Velikova, a longtime Horizont presenter.

Many of Velikova’s colleagues suspected that BNR Director General Svetoslav Kostov had come under pressure to suspend Velikova because of her criticism of the sole candidate for the post of Attorney General, Ivan Geshev, who is considered to be close to the government.

Velikova’s fellow journalists at BNR protested strongly at her suspension and demanded that she be allowed to return. Following an intervention from Prime Minister Boyko Borisov, she was duly reinstated. In October, the regulatory authority for the Bulgarian media, the Council for Electronic Media (СЕМ), dismissed Director General Kostov over the break in transmission on 13 September.

However, compared to the listening figures enjoyed by other European public service radios, BNR’s performance is rather poor. According to a comparative analysis of public media in ten European countries carried out in 2017-2018 by the EJO and led by Romanian media scholar Raluca Radu, in most of the countries surveyed, the public radio stations are market leaders. “Public service radio in the UK, Germany and Switzerland have an even more dominant position, with over 50 percent of the market share,” according to the analysis.

Bulgaria’s public broadcasters have long had to contend with serious underfunding.

The main reason for this is the better access to financial resources enjoyed by these public radio stations. In Bulgaria, public broadcasters have long had to contend with serious underfunding. The state subsidy in 2019 was 68 million leva (about 34 million euros) for BNT, 44 million leva for BNR and 5 million leva for the state news agency BTA. These amounts – which compared to Western European standards are ridiculously low – are dependent on the state of public finances and not least on the obedience of the services’ directors. Although the Bulgarian media law foresees the introduction of a license fee, this has never been enacted. Political leaders, irrespective of party, are wary of imposing further tax burdens on the population.

In summer 2019, the Council for Electronic Media dismissed BNT Director General Konstantin Kamenarov after he was convicted on a drink-driving charge. His successor, Emil Koshlukov, announced that by the end of 2019, BNT’s budget deficit would reach 44 million leva. BNT was “virtually bankrupt,” Koshlukov declared, adding: “We therefore ask the Ministry of Finance to support us. We have to save the television.”

Since the autumn of 2019, changes to the financial model for public service broadcasting have been under consideration, and it is likely that the government subsidy will increase.

The challenges faced by BNT are similar to the ones that plunged the Romanian public service broadcaster into crisis a few years ago. By 2016, Romanian TV’s market share had plummeted to a “historical low of 3.5 percent” as a result of “intense competition and a severe austerity policy,” as Radu explains in the EJO analysis.

Bulgarian public television’s viewing figures have also declined relentlessly over the last couple of decades, mainly because of the unappealing nature of its offering. Its newscasts are toothless: it serves up boring news programmes whose content is determined by the agenda of the institutions and not by the needs of citizens and consumers. Its entertainment segment is not very attractive either. Since 2000, when the private TV channel bTV won the first nationwide broadcasting license, the audience share of the public broadcaster’s main channel BNT1 has declined tenfold. By February 2019 it had fallen to below five percent and by July had dropped even further, to 3.6 percent (source: Nielsen Admosphere Bulgaria).

The private channels bTV and Nova are much more successful, with market shares of over 25 percent and around 20 percent respectively. By way of comparison: in Germany, the UK, Italy and Switzerland, public television channels control between one and two thirds of the market. The dominance of the two private giants in Bulgaria is even more significant if one takes into account the advertising revenue. Calculated in this way, the market share of the bTV Media Group in the first half of 2019 was 47 percent, while that of the Nova Broadcasting Group was 37 percent. BNT managed to achieve only around one percent (Source: Nielsen Admosphere Bulgaria / Media Club). The size of the entire advertising market (net investment) amounted to 415 million Leva in 2018. (Source: Bulgarian Association of Communication Agencies, in the business weekly Capital).

Media scholar Orlin Spassov has warned in Capital that Bulgaria’s public service media are being gradually “liquidated.” Not only are they being squeezed out of the market, which favours private broadcasters, they are also losing the ability to function as critical and independent voices. Both political and economic pressures are having an impact on the work and market share of public service media.

The way in which the heads of both BNT and BNR are appointed, by the Council for Electronic Media, is also regarded as an obstacle preventing the public media from achieving real autonomy, as three of the five members of the regulatory authority are appointed by parliament – in other words, by the ruling majority – and the other two by the Bulgarian president. In addition, there is speculation that legislation currently being drafted will also give the CEM extensive powers over online media.

In December, Prime Minister Borisov met representatives from Reporters Without Borders, who refused to accept that the Bulgarian media are able to operate freely. Three days after this conversation, parliament tasked the government with drafting a plan for the future development of the media environment.

The private television sector remains an object of desire for investors.

Despite the obvious sharp decline in revenues in the television business, the private television sector remains an object of desire for investors. It was recently revealed that the richest man in the Czech Republic, the billionaire Petr Kellner – who is already the second largest telecoms provider in Bulgaria – has begun the process of acquiring the Bulgarian broadcaster bTV. In October 2019, Kellner signed a deal to buy the entire CME media group, whose influence extends across the whole of Central and Southeastern Europe and which also owns bTV. The big question now is whether Bulgaria’s most successful television channel will continue to encourage objective journalism and be moderately critical of the government, or if its new Czech boss will assume what is a typical Balkans role – that of a media baron with political obligations.

At the beginning of 2019, Kellner also planned to acquire the Nova media group from the Stockholm-based Modern Times Group, but was prevented from doing so by the Competition Commission. The Nova media group then became the property of the Bulgarian Domuschiev brothers, who are active in the pharmaceutical industry and shipping and who also own the most successful football club in the country. One of the brothers, Kiril Domuschiev, is seen as being close to the prime minister.

Shortly after the Domuschievs acquired Nova, the contracts of two prominent investigative reporters were terminated. It had previously been suggested to them that they could continue to work for the station as freelancers, but both refused. One of them, Miroluba Benatova, announced that she had decided to become a taxi driver, as in this way she would be able to continue serving the public.

This is an updated version of an article that originally appeared on the EJO’s German-language site headlined Bulgarien: Öffentlich-rechtliche Medien in Gefahr.

If you liked this story, you may also be interested in Bulgaria’s Media Oligarchs And Press Freedom.

Ivo Indzhov is Associate Professor of Journalism at the Institute of Journalism and Public Relations at the State St Cyril and St Methodius University in Veliko Tarnovo, Bulgaria. His main research interests are press freedom, disinformation and political communication. He previously worked as a journalist for various print media.
» Media Economics, Press Freedom, Recent » Bulgarian public service media under threat