France: Coronavirus and the media 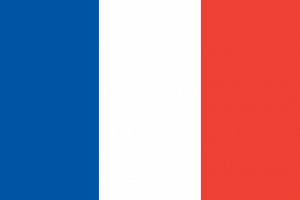 The situation in France was rather confused to begin with. On the evening of Thursday 12 March, the media solemnly relayed President Macron’s announcement that all schools and universities were to be shuttered, only hours after 30 French journalists working in Italy sent an open letter to the French government spelling out the gravity of the situation there. On Sunday 15 March, prime time news programmes continually broadcast images of French citizens enjoying the spring sunshine in Paris parks or on the banks of the Seine and failing to respect social-distancing measures. These scenes led the government to impose a lockdown from Monday 16 March.

Along with other French institutions, the media have modified their normal working practices in an effort to slow down and limit the spread of the virus. For example, Le Monde did not publish its usual special supplement devoted to the results of the municipal elections held on 15 March, as it had to “adapt the organisation of the newsroom” in order to observe the new sanitary rules. TV news programmes began to rely more and more on Skype interviews so as not to infringe the lockdown constraints. To help viewers get through the lockdown, the pay TV channel Canal Plus announced that it was making its programmes freely available until 15 April.

Not only has the coronavirus provided fertile ground for purveyors of misinformation (which various online and offline fact checkers have been seeking to debunk), it has also given rise to many creative and humorous drawings, memes and videos, which help to brighten up secluded lives.

Tristan Mattelart is Professor of International Communication at the French Press Institute at the University of Paris 2.
» Ethics and Quality, Media and Politics, Recent » France: Coronavirus and the media