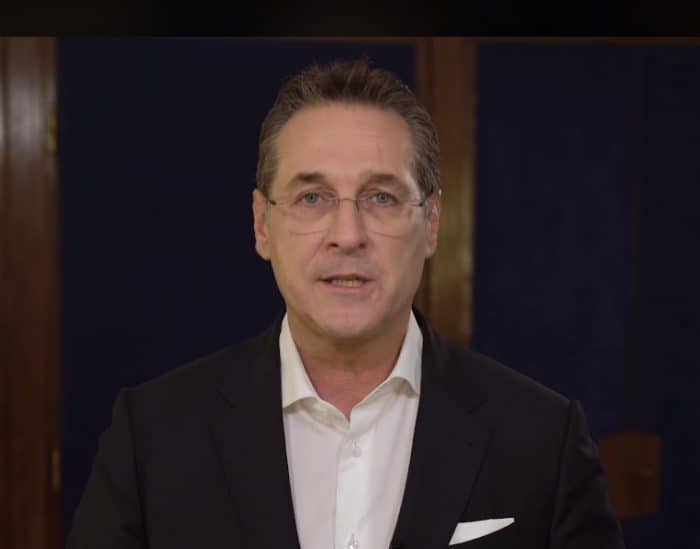 After stepping down from his post as Austrian vice-chancellor in the wake of the “Ibiza-Gate” scandal, Heinz-Christian Strache said that he planned to sue over the secretly-filmed video

“Ibiza-Gate” – the scandal that triggered the collapse of the Austrian government in May – spoke volumes about the way in which Austria’s right-wing populists regard the press and public broadcasters. But they’re not alone – across Europe, the populist right has public media in its sights.

When secretly filmed footage emerged showing Austria’s former vice-chancellor and leader of the right-wing populist Freedom Party (FPÖ), Heinz-Christian Strache, excitedly talking about selling out his country to a woman he believed to be a Russian billionaire, commentators across Europe expressed shock and outrage.

Strache’s comments were scandalous on so many levels: the corrupt intent, the willingness to enter into a conspiracy and use public money to shackle the media and undermine Austrian democracy. His worrying utterances rightfully caused a public outcry and ultimately led to his resignation from the government, yet one aspect received comparatively little international attention: Strache’s plan for Austria’s public broadcaster ORF.

ORF has over the years built up a reputation as the country’s most trusted and most popular news source. It has often been at loggerheads with the Freedom Party and some of its politicians. Armin Wolf, ORF’s most famous journalist, has repeatedly drawn the FPÖ’s ire for holding the party to account in his fair but forceful reports and interviews.

Heinz-Christian Strache’s view of the public broadcaster should therefore come as no surprise: he sees it as an enemy and is intent on destroying it. During that fateful night in Ibiza in 2017, which would two years later cause a major political crisis, Strache openly pondered on how the “Orbánisation” of the Austrian media landscape could be accomplished. He first outlined how Austria’s largest tabloid, Kronen Zeitung, could be forced to change its editorial stance if the supposed Russian billionaire to whom he had been introduced acquired a controlling stake in the paper.

He then turned to the topic of ORF which, he implied, would be the only remaining thorn in his party’s side once Kronen Zeitung had become an FPÖ-supporting paper and helped it to win the next election. “If we become part of the government, we could imagine privatising a broadcaster […] We could imagine completely restructuring the ORF,” he said.

If Strache had found himself in a position to realise his Red Bull- and wine-fuelled dreams, the impact would have been enormous. With the country’s most influential tabloid – a political kingmaker – in the hands of an ally and the ORF turned into the right-wing nationalists’ mouthpiece, the FPÖ’s ability to set and control the public agenda would have been almost absolute.

Public broadcasters’ commitment to fact-based and objective reporting also puts them on a collision course with politicians who frequently resort to lies, misinformation and conspiracy theories to make political gains.

As far as right-wing populists are concerned, if you can bring a public broadcaster over to your side, you no longer have to worry about unwanted criticism. And if you have the full force of what is often the country’s largest news outlet behind you, winning elections becomes much easier.

And so, whenever they can, right-wing populists attempt to rein in public broadcasters and turn them into mere shadows of their former selves. In some cases, they have already succeeded. Hungary’s and Poland’s public broadcasters, for instance, have seen their independence dwindle. By now, both are wholly under the control of right-wing conservative governments who use them to promote their political agenda.

In Denmark, the populist-conservative government has brought the Danish Broadcasting Corporation (DR) to heel, cutting its budget and tying the broadcaster closer to the state. And in Italy, a governing coalition made up of the far-right League and the populist Five Star Movement installed a Eurosceptic journalist with a reputation for sharing fake news stories as president of the public broadcaster RAI.

Part of the problem is that public broadcasters are easy prey. Despite strong evidence that they have a positive social and political impact, for instance by strengthening political knowledge, dissatisfaction with them has been mounting in recent years, making them vulnerable to attack.

Many people like to complain that public broadcasters are not good value for money. The licence fees that fund the broadcasters and guarantee their independence are a regular target of criticism. They are often seen as being unreasonably high and it’s all too easy to whip up resentment against them.

Many right-wing populists – including the FPÖ and Germany’s AfD – seek to exploit this dissatisfaction, using it as a weapon in their war against these democratic institutions. In Switzerland, the right-wing populist Swiss People’s Party supported a referendum in 2018 on whether to abolish the licence fee that funds the Swiss Broadcasting Corporation (SSR). The proposal was ultimately defeated – but had it been successful, it would have represented a serious threat to the future of the public broadcaster.

Journalism in the public interest

With public broadcasters facing such risks, what can be done to protect them? Or rather: what can they do to protect themselves? It’s a question to which there is no easy answer. In an era characterised by fundamental changes in news consumption habits, public broadcasters need to undergo radical transformation to make themselves fit for the modern age. They also need to make out a convincing case for why they are now needed more than ever and what value they deliver to society. Channel 4’s highly praised investigations into Cambridge Analytica and more recently into Arron Banks’ funding of Nigel Farage, as well as Armin Wolf’s fearless interviews for ORF, are good examples of journalism that is in the public interest and has profound impact.

Ultimately, however, the public has to act as a safeguard, too: by voting for parties prepared to defend the free press. And by standing up for public broadcasters – for their broadcasters – when these come under attack.

If you liked this story, you may also be interested in Undermining Austria’s press, one post at a time.

Felix Simon is a journalist and researcher and a graduate of the University of Oxford’s Internet Institute (OII). He is the former acting editor of the European Journalism Observatory and works as a research assistant at the Reuters Institute for the Study of Journalism. His writing on tech, politics, and the media has appeared, amongst others, in the “Frankfurter Allgemeine Zeitung”, “Die Welt” and “Der Freitag”, the Swiss “NZZ” as well as in the “Telegraph” and “The New European”. He has published in journals such as “Journalism Studies” and “Transformative Works and Cultures”. His research focuses on political communication in the digital age, big data in politics and the entertainment industry, as well as the changing nature of journalism and the media in the 21st century. He also takes a side interest in populism and the future of disinformation. He tweets under @_FelixSimon_.
» Media and Politics, Press Freedom, Recent » Why Europe’s right-wing populists hate public...