The rise and stall of women experts on UK news! 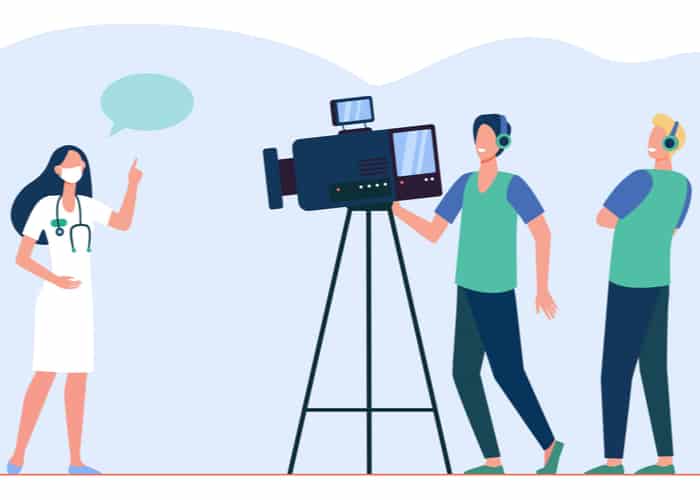 The Expert Women Project figures for February, March and April 2021 have just been released and show the use of women experts on UK broadcast news is back to the 2019 level – but this is not as good as just before the pandemic.

The signs are that the poor showing of women during the Covid-19 pandemic has stuck and that the consistent trajectory of improvement seen from 2010 (6:1) to 2019 (2.2:1) has stalled.

The 2020 figures tell an interesting story. The coverage was all about UK politics. The poor representation of women experts in March 2020 (2:7 men to every woman) was in part owing to the lack of senior female politicians. Only one in the top five cabinet members was a woman – Home Secretary Priti Patel – and she was not often fielded at this time.

In April 2020, things changed markedly. Coverage left the cabinet office and moved into hospitals and care homes. Women bounced back as experts, albeit not very prestigious experts. The ratio was 2:1 men to every woman.

In May, the coverage moved out of the hospitals and back to policy, this time focussed on the end of lockdown. The ratio of men experts to women experts was 2.5:1. This was unacceptable. The level of female professional expertise in UK society is nearer 2:1 (lawyers, academics, politicians, court witnesses) and that is not counting unquantifiable levels of female expertise in health and childcare. So, a ratio of 2.5 men to every woman suggests discrimination against women as experts – including female authority figures, spokespeople and politicians.

A game of two halves

This year the figures are interesting for another reason. Our surveys show that it is a game of two halves, with the best ratio of women to men experts ever recorded in March 2021, due in part to coverage of the police’s treatment of the women protesters at a vigil for a murdered London woman, Sarah Everard; but also the worst for 4 years in April 2021 owing mostly to the Super League story.

However, that advance was wiped out in April when the proposed European Super League dominated the news for three days and the ratio in that week of men to women was 2.9:1 – the worst in four years.

These findings suggest that when a story of interest to men hits the headlines, broadcasters have no qualms about letting it dominate and increasing the use of men disproportionately. Overall the Sarah Everard vigil story, which ran over two days, had 22 women experts and 12 men on the flagship programmes. While the Super League story, which ran over three days, had 66 male experts and two women experts.

Our findings also show that sports stories, and especially stories about the business of sport, of interest predominantly to men can still dominate the news agenda disproportionately.

Overall, it appears the pandemic has led to a stalling in the growth of the use of women experts. This will surprise many people who believe that there are more women experts than there used to be. This perception is probably because there have been some recurring and highly visible women scientists and health workers. But the fact is that compared to pre-pandemic 2020, women experts are not as plentiful and that when stories, which appeal to men come along, they get a higher proportion of men experts, than stories of interest to women, get women experts.

Despite a big improvement over the last ten years of Expert Women Project monitoring, the man expert is still the norm. Of course, we shouldn’t forget that when this project started formally in 2013 the ratio of male experts to female experts on the news was often an appalling 6-1. But we can’t afford to stop campaigning for fair representation for women in authority, on the news.

The Expert Women Project by the Journalism Department at City, University of London has been running for more than ten years.

From 2010 to 2013 it was an informal, counting of the number of women experts who appeared on a variety of random news shows on TV and radio in the UK.

From 2014 to the present day, it has been a formal project, funded by the University. Postgraduate journalism students count the number of women experts appearing on the same self-styled “flagship” UK news programmes. These programmes are – BBC News at Ten, the BBC Radio 4 “Today” programme, ITV News at Ten, Channel 4 News, Channel 5 evening news and a selection of Sky News programmes.

If you liked this story, you may also be interested in: Media empowerment is key to Covid-19 recovery

Lis Howell, Professor Emeritus in the Journalism Department at City, University of London, is a practice-based academic who was a broadcaster for 30 years in the BBC, ITV and Sky, winning a Royal Television Society Award for coverage of the Lockerbie disaster. She joined City, University of London in 2001, eventually creating the MA in Television Journalism and becoming Acting Head of the Journalism Department. She began the Expert Women Campaign in 2010 with Lisa Campbell, the editor of Broadcast magazine, and this became a formal research project at City from 2014.
» Ethics and Quality, Recent, Research » The rise and stall of women...