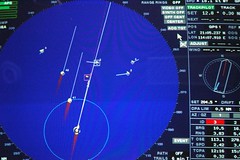 It had been a successful annual convention all around, and nevertheless the results remain somewhat depressing.

Media researchers from the German-speaking world gathered for three days in Dortmund to endure a round of self-inspection. Referring to the topic “Theoretisch praktisch!?” (“Theoretically practical!?”), they questioned how relevant their discipline has become for media practitioners. All studies presented indicate that media research has expanded rapidly, however it continues to fall under the radar of public attention. While hundreds of scientists and researchers participate in debates about the nuclear phase-out or the financial crisis, very few of today’s communications researchers visibly influence the public discourse on how the media system should be developed – despite the Internet revolution, despite the breakdown of the newspaper business model and journalistic infrastructures in the U.S., and despite structural changes of the public communication system caused by search engines and social networks.

While in Dortmund, two young researchers from the University of Vienna – Cornelia Brantner and Brigitte Huber – presented a study indicating that not even quality newspapers like Der Standard (Vienna), the Süddeutsche Zeitung (Munich) or the Neue Zürcher Zeitung (Zurich) pay continuous attention to media research. At least the Austrian and German newspapers display a slight upward trend in the 10-year comparison. The NZZ, however, reduced its coverage of media and media research significantly.

Additionally, one plenary panel commemorated five iconic researchers who represented the discipline in an exemplary fashion (in better times, obviously). Those celebrated include Paul Lazarsfeld, who emigrated from Vienna to the U.S., Emil Dovifat, the founding father of the Institut für Zeitungswissenschaft in Berlin, Elisabeth Noelle-Neumann, the “Grande Dame” of polling research in Germany, communication theorist Jürgen Habermas and his antipode, Niklas Luhmann. Their research contributions may have had very different impacts, but all five researchers have been far more visible in the public eye than today’s generation.

European Journalism Observatory co-founder and until 2018 Professor of Journalism and Media Management at the Università della Svizzera Italiana in Lugano. Frequent contributor to Neue Zürcher Zeitung (NZZ) and Der Tagesspiegel (Berlin), as well as to the specialist publications Schweizer Journalist and Der österreichische Journalist.
» Ethics and Quality » Under the Radar