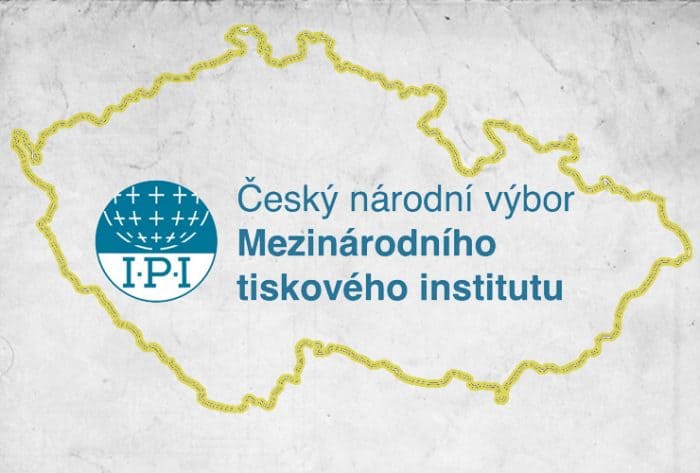 A new section of the global media watchdog International Press Institute (IPI) has been set up by a group of Czech journalists determined to tackle threats to media freedom in their country and to promote the cause of independent quality journalism.

The creation of IPI’s Czech branch is particularly timely, coming as it does at the same time as the publication of a major new report, co-authored by IPI, which highlights serious threats to freedom of expression in Europe.

The “Democracy at Risk” report, published by the Council of Europe’s Platform for the Protection of Journalism, concludes that press freedom in Europe is now more fragile than at any time since the end of the Cold War.

The report does not single the Czech Republic out as one of the worst offenders – Hungary, Italy and Turkey at present score much worse in the media freedom stakes – but Czech journalists are only too well aware that the situation in the Czech media has also been steadily deteriorating over the last few years. This is underlined by the fact that the country’s ranking in Reporters Without Borders’ Press Freedom Index has gone down from a reasonably respectable 13th place in 2015 to 34th place in 2018.

IPI was set up in 1950 with the aim of defending journalists under threat and enabling journalism to fulfil its function of holding power to account, free from the interference of vested interests. After the fall of the communist regimes of Central and Eastern Europe in 1989, the organisation played a key role in encouraging the development of a pluralist media environment in the region. In the wake of Czechoslovakia’s “Velvet Revolution”, IPI helped to set up independent media in the country and several leading Czech journalists became members of the media watchdog.

One of these was Michal Klíma, who had been involved in samizdat publishing during the communist era and who in 1989, immediately after the collapse of communism, co-founded the liberal daily Lidové noviny, of which he subsequently became the director. Klíma, the son of leading dissident author Ivan Klíma, went on to play important roles in various Czech media organisations.

During the 1990s, international publishing conglomerates invested heavily in the Czech media, but two decades on, these investors began to withdraw from the market. Their place was taken by wealthy Czech businessmen who realised that playing an active part in politics would allow them to protect their business interests, and that having their own media could be a useful adjunct to this plan.

The acquisition of two leading Czech dailies, Lidové noviny and MF Dnes, in 2013 by Andrej Babiš – the second richest man in the country – brought this trend into sharp relief. Babiš had not long before this founded his own political movement, and his acquisition of two major media outlets inevitably gave rise to suspicions that he intended to use them to serve his political ambitions.

Many leading Czech journalists left the titles in protest at what they saw as the undermining of their editorial independence, pointing out that for a politician to own media represents a serious conflict of interests. Undeterred, Babiš became finance minister in 2014 and prime minister in late 2017, though in the meantime he was forced to comply with new conflict-of-interest legislation by placing his financial assets in a trust fund.

As part of the fight-back against the increasing consolidation of ownership in the Czech media, several independent online outlets such as Echo24, Reportér and the investigative news website HlídacíPes (“watchdog”) were launched in 2014, many by former Lidové noviny and MF Dnes journalists.

And in 2016, the Endowment Fund for Independent Journalism (NFNZ) was set up with the aim of fostering independent quality journalism in the Czech Republic and countering the negative consequences of consolidation of ownership in the hands of a few media oligarchs.

In 2018, Michal Klíma became a member of the NFNZ board. Last week, he was also elected first chairperson of the newly founded Czech branch of IPI. The other members of the IPI Czech committee are Reportér founder and editor-in-chief Robert Čásenský, HlídacíPes editor-in-chief Robert Břešťan and Czech Radio presenter Veronika Sedláčková. The NFNZ is also a corporate member of the committee.

IPI Executive Director Barbara Trionfi hailed the formation of the new section, saying that it “comes at a critical moment for press freedom and independent journalism in the Czech Republic and in Central Europe more broadly, as political and business interests increasingly seek to silence, control or manipulate the news.”

Sedláčková also noted that independent quality journalism has a vital role to play in countering the influence of disinformation – including misleading messages coming from elsewhere. “This is particularly important in view of the strong Russian propaganda in this country, when many people are finding it increasingly difficult to distinguish between fake news and reliable information. So there is plenty of work for us to do here,” she said.

Paula Kennedy is the editor of the English-language section of the European Journalism Observatory. She previously worked for Index on Censorship, where she was the editor of Mapping Media Freedom (a project co-funded by the European Commission). Before that she was a foreign news editor for the BBC based at BBC Monitoring. There, she specialised in the media of Central and Eastern Europe, producing in-depth media environment guides for the Czech Republic and Hungary and writing regular media-related features for the BBC news website. She tweets under @PMKennedy123.
» Ethics and Quality, Media and Politics, Press Freedom, Recent » Czech Journalists Form Own Branch Of...