The Netherlands: Coronavirus and the media 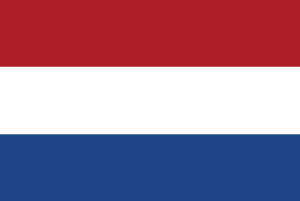 Restrictions on individual freedoms have placed some limits on the ability of Dutch journalists to perform their watchdog role. Government officials have become less accessible, which has made shining a light on affairs of state and engaging in critical journalism a greater challenge than it was in the past.

The Dutch government’s response to the corona crisis was to implement what it dubbed an “intelligent lockdown” policy – a more relaxed form of lockdown than that imposed in many other European countries, with fewer restrictions. The cardinal principle of the intelligent lockdown is that people should always be at least 1.5 metres apart, and Prime Minister Mark Rutte called on the Dutch people to accept that the “one and a half metre society” is now “the new normal”.

From the very beginning of the coronavirus outbreak, the news media struggled to achieve balanced reporting. On 19 May 2020, public broadcaster VPRO devoted its media magazine programme “Medialogica” to an examination of the dilemmas faced by news media covering the story. Journalists working for various news organisations described how they tried to avoid either causing panic or giving false reassurance, and are reluctant to run stories if there is a risk that they could do either of these things.

One of the most important tasks facing Dutch journalism at the moment is to defend democracy. Because the steps taken by the authorities to curb the corona outbreak have placed some limits on the freedom of the individual, the government now has more extensive powers, which in turn limits journalists’ abilities to fulfil their watchdog role. The government has also become less accessible, which has made shining a light on the affairs of government and engaging in critical journalism more difficult.

On top of that, being constantly overloaded with corona-related news means that many people are now suffering from news fatigue. It has all become just too much. This has led some to complain that the media have focused on the corona story to the exclusion of practically everything else, and to ask: “What happened to all the other news?”

In the immediate aftermath of the introduction of the intelligent lockdown, there was broad support for the government’s policy. The clear and informative way in which the prime minister set out the measures adopted met with general approval. On 16 March, Rutte gave an address to the Dutch people, which was broadcast live on TV and in which he explained that the aim of the government’s policy was to achieve herd immunity.

The news media were on the whole impressed by Rutte’s performance and several commentators described him as “a real statesman”. Some experts expressed doubt over the wisdom of pursuing herd immunity and questioned whether the intelligent lockdown could achieve this, but supporters of the government’s measures were in the majority.

As the lockdown continued, reporting gradually became more critical. The media gave a platform to several experts and interest groups who voiced doubts over how long the lockdown could last in view of the economic, social and psychological consequences for large sectors of the population.

On 11 May, some of the intelligent lockdown measures were relaxed, though the “one and a half metre society” rule still applies. Further relaxation is due to come into effect on 1 June. Many news outlets have been carrying articles explaining what schools, offices, restaurants and other establishments need to do to prepare themselves for this.

The relaxation of the rules has produced considerable confusion over what is and isn’t allowed. For example, you can exercise in a public space with a group of ten people, but you cannot talk to these ten people afterwards. The news media have drawn attention to the lack of clarity in the rules, which makes them subject to different interpretations. Experts have also discussed the fairness of fines handed down for infringing the rules.

Soon after the crisis began, the government announced a programme designed to help struggling businesses survive. These measures and the impact of them have been widely reported in the news media.

Though this programme was on the whole favourably received by the public, there has been some debate in the media over which companies deserved such government assistance. For example, there was an outcry when Booking.com – until the onset of the pandemic one of the country’s most successful companies – applied for financial support to pay staff wages.

Controversy was also generated by the government’s announcement that it intends to give the airline KLM between 2 and 4 billion euros to help get it through the crisis, on the grounds that the company is vitally important to the Dutch economy. The announcement triggered a heated public debate, with commentators on both mainstream and social media questioning KLM’s importance and whether it was really entitled to such a substantial bailout.

Since the beginning of the crisis, the Dutch news media have continued to report on the situation in other countries, both in Europe and further afield.

The media carry regular reports on countries experiencing major outbreaks. With countries such as the UK, the US and Brazil, in addition to detailing the number of Covid-19 cases and examining the economic impact of the pandemic, the Dutch media have also focused on failures of leadership.

They have also devoted attention to the “flexible” measures adopted by Sweden and to the approach taken by the German government, which appears to have been relatively successful in controlling the outbreak there.

Jan Hein de Gruijter is a senior lecturer in the journalism department of Fontys University of Applied Sciences.
» Ethics and Quality, Media and Politics, Recent » The Netherlands: Coronavirus and the media