Sweden: Coronavirus and the media 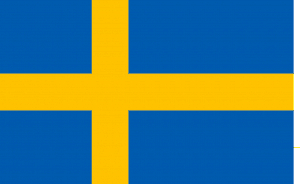 Swedish public service media have stepped up their reporting, with constant updates on the health situation and responses from the authorities and government.

The broadcasting of ordinary programmes is sometimes suspended (though these can still be accessed online) and replaced by instant live reporting. Major news organisations have made their coronavirus reporting freely available, not hidden behind a pay-wall.

Sweden politicians have been trying to cooperate in finding solutions and the centre-left government led by Stefan Löfven has been in continuous contact with the relevant authorities – the Public Health Agency and the bodies responsible for handling crisis situations. It has sometimes taken less drastic measures compared to governments in other countries and has been heavily criticised for this by its right-wing opponents. Media outlets have covered this criticism but have also highlighted approaches similar to the Swedish model in other countries.

This week’s edition of the public service radio media show “Medierna” was mostly devoted to a discussion about how to hold media outlets accountable for their handling of the story. The programme focused on how to strike a balance between the two main responsibilities facing quality journalism at a time of crisis:

Torbjörn von Krogh is a Swedish media researcher.
» Ethics and Quality, Media and Politics, Recent » Sweden: Coronavirus and the media