The End of Print, Fleet Street, and My 40-Year Career in Journalism 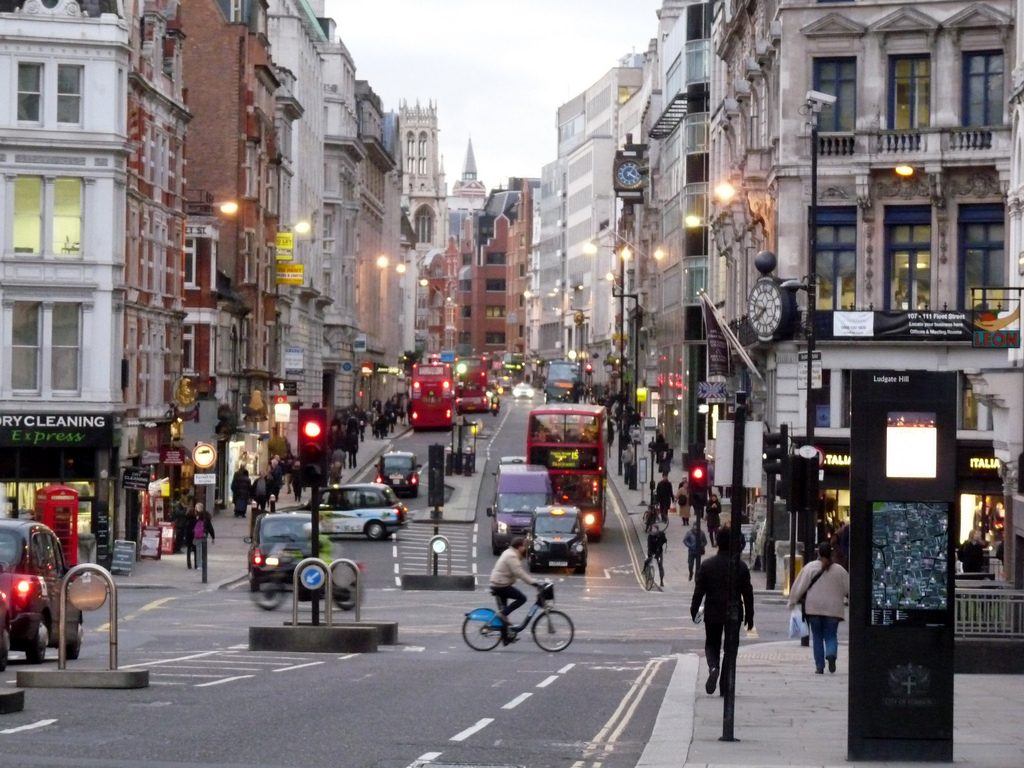 Since Maurice Chittenden started his journalism career on The Sun in Fleet Street 40 years ago, the industry, like the street itself, has changed beyond recognition.

THE only red tops plying their trade in Fleet Street these days are the open-deck tour buses that drive along it, as part of the booming London tourism industry.

“Of course, the reporters and printers have long gone,” explain the guides.

Until last year, however, two Scottish journalists, marooned in an eyrie in the street’s last newspaper office, would open their window and bellow down to the bemused passengers on the top deck: “We’re still here.”

Then, in August 2016, their newspaper, the Dundee-based Sunday Post, decided to close its Fleet Street office. Thirteen days later I was fired after almost 40 years of working for Rupert Murdoch, first on The Sun and the News of the World and then, for more than three decades, The Sunday Times.

At my leaving party, a colleague suggested I write my memoirs. “No one would read them,” I said. “I would,” was the encouraging reply.

I did write the book, not as a vanity project, more as a eulogy to a lost age. “The stories are of a different world, alas, especially when it comes to creative expenses,” ran a piece in The Times diary.

When I first arrived in Fleet Street in the 1970s it was a noisy, vibrant place.  Huge low-loaders would have to navigate the side streets, such as Bouverie Street where The Sun and News of the World were based, to deliver reels of newsprint – that’s the paper newspapers are printed on, not the ink – to the press halls. Occasionally a reel would fall off the loader and crush a worker under its immense weight.

After lunch – that was any time after 3pm – you were more in danger of being bowled over by a reporter returning to the office or intoxicated yourself from the alcohol on their breath. Returning to his desk the reporter would either hammer out a thousand words of purple prose or fall asleep over his typewriter, often both.

When I had finished my first shift at The Sun I was handed a signed green chit to collect my pay from the cashiers on the ground floor. A printer was ahead of me in the queue. ‘Name?’ the cashier asked him. “Mickey Mouse,” said the printer. “Address?” the cashier said. “77 Sunset Strip,” he replied.

It was easy to be drawn into this world. A colleague once told a Christmas lunch full of both executives and reporters how I had covered a murder in the West Midlands. As hacks gathered in the pub afterwards, one asked if anyone had a spare blank meal receipt from Birmingham. Each shook their head until it got to me. I am supposed to have flicked open my suitcase and asked: “Chinese, Italian or Indian?”

Prison, the Royal family and politics


The fact that a colleague could tell such a story in front of executives is a clear clue to the culture that existed. There was an understanding between the newspaper and the journalist that expenses were there to be exploited, so long as you did not go over the top. It was a perk that suited both sides. You have to remember that there has never been such a thing as overtime pay in journalism.

I had many adventures and misadventures during my 40 years in the national press. I was embroiled (accidentally, of course) in the first ever telephone bugging of a royal, helped solve a murder and sparked a diplomatic incident when I was jailed in Borneo over a lobster. I was also credited with bringing down a Tory government.

Fleet Street, the place, may no longer have any journalists, but it remains our spiritual home, even if the only time we go back is to honour a fallen comrade at St Bride’s, known as ‘the journalists’ church’. 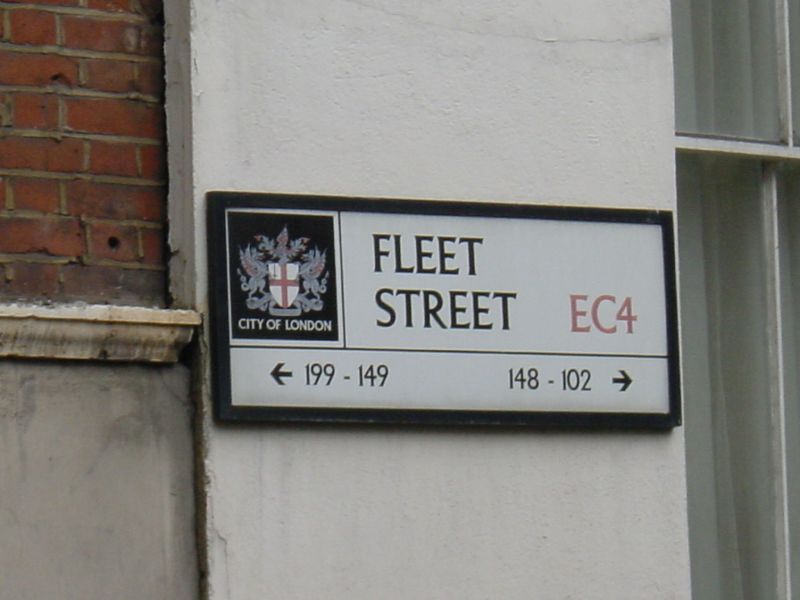 Rupert Murdoch’s News International led the exodus from Fleet Street when it moved its newspapers to Wapping in 1986. others soon followed.

From Fleet Street to Wapping

The street was ideally located for us, within walking distance of the City, the High Court, the Old Bailey and, even, on a fine day, Westminster. But in 1986 Rupert Murdoch, desperate to break the hold of the print unions, led the exodus by moving his titles to Wapping. Now all the papers and the publishing houses have gone, replaced by banks, film locations or law firms. The Mirror’s old building, in New Fetter Lane has been replaced by a supermarket. The popular White Hart pub, known as the Stab (in the Back) closed long ago due to lack of custom.

Fleet Street, the industry, still exists but how much longer in a world where few people under 40 buy papers, some titles are losing 15% of their circulation a year and others now ask for contributions as if they were a charity?

The printed press has been hit by the quadruple whammy of the internet, which has stolen its advertisers and questioned its very raison d’etre; free newspapers, especially in London and its environs, which have cheapened its worth; rolling news on television, with which it can never compete and which reveals its headlines before readers can get to a newsstand; and social media, which has made everybody a journalist.

Even the way journalists work has changed. Reporters today do not have the freedoms I enjoyed, deciding myself who to interview and where to go.  The introduction of mobile phones means the desk can contact a reporter whenever they wish, certainly while in the UK. However, this too has a downside. Reporters do not think on their feet as much as they used to, or rely on the camaraderie of colleagues. Instead they constantly ring the desk for instructions.

Today, in new buildings spread across London, newspapers struggle to balance their print and digital formats. In 2016, the Independent decided it was no longer up for a fight and moved online. The Guardian, perhaps the next to follow that route, talks internally about the ‘iteration of content atom’ (no, me neither). At The Sun, the talk is of business development rather than breaking news and there are brazen plugs for Fox films and Sky TV. The Sunday Times has a Going Viral barometer to measure internet trends. The Telegraph runs paid-for supplements from regimes in Russia, China and all points east, hopeful for an easier ride in the news pages.

Journalism, a profession for the privileged?

In the parlous world of newspapers, survival is momentum. Yet young people still want to work for them. In my day youngsters worked on local newspapers first, sitting in magistrates’ courts and keeping local councils on their toes before doing night shifts on Fleet Street. The decline of the regional press, especially the closure of most evening papers, means this avenue is no longer available. Direct entry from university is now the norm and I have contributed to that.

For nine years I was a visiting lecturer in the journalism department at City University, in London. Post-graduate journalism students at City, and the UK’s other universities, are charged around £10,000 for a one-year course. They must also fund living expenses while they study. This means those from wealthier families are more likely to be able to afford to enter the profession.

Andrew Neil, my former editor at The Sunday Times, once dreamed of a meritocracy for Britain, in which anyone could succeed whatever their background. That now seems even more remote. According to a study published by the Social Mobility Commission in June 2017, Britain’s media now has a greater proportion of privately-educated journalists (51%) than in 1986.  It perhaps explains why some journalists seem out of touch with the effects on ‘ordinary’ people of government policies such as austerity and mass migration. Journalism has become part of the establishment by default.

Although the modern media world seems far removed from the days of the “Street of Shame”, Fleet Street is still embedded in the consciousness of modern newspapers, according to political writer Alan Watkins. “All the anecdotes come from there,” he wrote in his book, A Walk Down Fleet Street. But for how long? “To many younger journalists [Fleet Street] is as remote as the Byzantine Empire,” Watkins wrote.

Exclusive! The Last Days of Fleet Street (my part in its downfall) is published by Biteback Publishing

Maurice Chittenden worked on Fleet Street for forty years. Most of his career was spent with News International, the past thirty years at the Sunday Times. He is also a former lecturer in journalism at City University, London.
» Ethics and Quality, Recent » The End of Print, Fleet Street,...