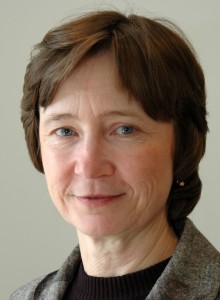 Interview with Epp Lauk, Institute of Journalism and Communication, University of Tartu, Estonia.

Q: Are there successful examples of media accountability systems in Estonia?

No. In my opinion there shouldn’t be a distinction made between journalism online and offline when talking about ethics. Journalism is journalism and there are basically the same ethical problems online as offline. A general code could include specific articles if there is something specific to regulate online – which I doubt.

Q: What has been one of the most important innovations in journalism in Estonia in the recent past?

Concerning journalistic work processes, the introduction of separate online departments in the national daily newspapers can be seen as a kind of innovation. Another innovation a few years ago was the introduction of ‘commentariums’ on websites of newspaper publishing companies as well as public broadcasters. Hence, readers, listeners and viewers got the possibility to publish their opinion on an article.

Tina Bettels-Schwabbauer is the editor of the German EJO website. She studied online journalism at the University of Applied Sciences in Darmstadt, Germany. After her studies she worked as an online editor for a retail industry newspaper in Germany, then moved to Australia for three years where she lectured in Media Studies at the University of Adelaide. From 2010 to 2014 she researched and lectured at the Erich Brost Institute for International Journalism and the Institute for Journalism at TU Dortmund University. During this time she was also editing the German portal of the EJO website. During 2014 and 2015 Tina managed a journalism education programme for High School students at a German political foundation. In September 2015 she returned to EJO. Since September 2017 she has also been working in the project “New skills for the next generation of journalists” (NEWSREEL) funded by the European Union. Her research interests include international media systems, journalism cultures and journalism education, the latter with a focus on CEE countries which is also the topic of her PhD project.
» Ethics and Quality » MediaAct Interview: Epp Lauk