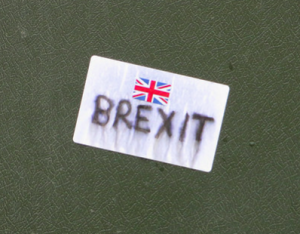 The majority of UK press coverage in EU referendum campaign was heavily skewed in favour of Brexit in first two months of campaign, a new study reveals.

One month before the EU referendum vote, the Reuters Institute for the Study of Journalism has released interim findings from a study it is undertaking with PRIME Research, media insight specialists, into press coverage of the referendum campaign.

The findings, which cover two sample days of coverage per week during the first two months of the referendum campaign, reveal that of 928 articles focused on the referendum, 45% were in favour of leaving, with only 27% in favour of staying in the EU.

19% of articles focused on the referendum were categorised as ‘mixed or undecided’ and 9% as adopting no position.

The preliminary findings show that on an average day in the two-month period studied there were a total of 42 articles focused on the referendum across the nine newspapers with The Daily Mail, The Telegraph and The Times having the highest number of such articles, followed by The Financial Times, The Daily Express and The Guardian and The Sun, with The Daily Mirror and The Daily Star having the fewest.

Researchers also tracked what arguments were made for either pro-leave or pro-remain news stories. After removing articles purely focused on personalities, the campaigns or Brexit in general, the most cited arguments in the remaining 765 articles were, in descending order: the economy/business (33%), sovereignty (29%), migration (18%), regulations (14%) and terrorism/security (6%).

The study also examines how the arguments used by newspapers changed and developed over the first two months of the campaign. The share of messages focusing on economy were high throughout this period but increased sharply to 60% immediately after March 21, when the CBI warned about the economic consequences of Brexit. Arguments focused on terrorism and security issues, although relatively rare, increased their frequency after the Brussels attacks of March 22.

The full report bringing in research for the entire period from February to June will be published in September.