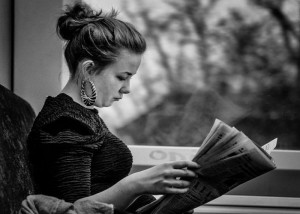 Credibility is frequently represented as both an ideal goal for journalism as a profession and as an integral part of the survival strategy of the news industry. Yet there exists no widely accepted way of measuring the concept.

To examine accuracy we used the source-survey method. A questionnaire was sent to 906 news sources asking them to identify errors, if any, in news reports. We got 536 responses. At the same time we sent a survey to 350 journalists in leading Danish media asking them about the Danish code of press ethics. Here we got 231 responses.

Journalism found to be mostly accurate, but biased

The study, Credible Journalism, A Question of Ethics and Accuracy, found that when it comes to the daily and most basic of journalistic practices: talking to sources and producing stories, the sources themselves find relatively few errors in the reporting, both objective and subjective. However, despite finding few reporting errors, sources displayed mistrust in the media in the sense that many found the media to be politically biased.

The research also found that within the newsroom journalists themselves worry about the state of press ethics. Many cited work pressure in the newsroom as a possible reason to compromise on ethics.

Concerning accuracy our source-survey found that 14.1% of the sources found some kind of factual errors in the news story they checked.  Across media platforms there are differences, however. More sources in television, rather than in newspapers, found factual errors in television news stories. We also asked our sources whether they more subjectively thought the journalist they had talked to had excluded information or quotes they considered important to the essence of the television news story. Only a small number of sources, 11.6 %, reported finding such subjective errors. Sources in television found more errors than sources in newspapers, both online and off.

We also asked sources to evaluate the news item in which they appeared as sources on general level. Here more than 60% of all sources across all platforms answered that they fully or partially agreed that the news item in its entirety was ‘good journalism’. Based on these answers you might think that sources have almost nothing negative to say about the media in Denmark. However, even though sources only found a relatively small percentage of errors, either objective or subjective, and in general agreed that the news item in which they approved was ‘good journalism’ when asked about the media’s performance on a general level still expressed a rather high degree of skepticism towards the media.

Historically the Danish newspapers were party-papers, but the party press died out by the 1970s, and television in Denmark is public service and thus bound by law to be impartial and balanced. Still, most of the sources believed that some sort of political bias is still at play in Danish news media, even in the public service media which by law are required be politically unbiased.

We also asked what, if anything, might influence a journalist in the news room so that he or she paid less regard to the general code of press ethics. The results show that work pressure, competition with other media and pressure from editors were some of the main reasons given to explain why journalists might ignore ethics in their work. The answers were the same across all platforms.

The book  Credible Journalism, A Question of Ethics and Accuracy is released in Denmark, December 1 2015

Mark Blach-Ørsten is professor, Ph.D. in journalism at Roskilde University. His current research is on media ethics, media accountability and the quality of journalism.
» Ethics and Quality, Short stories » Research: Credible Journalism Is Accurate And…....