United Kingdom: Coronavirus and the media 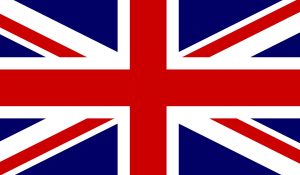 The main concern raised by the UK media is that the government has taken a very different approach to other countries in response to the Covid-19 pandemic. There is a significant public debate about whether this is appropriate or not.

The UK government has also been seen to be inconsistent in its approach. Prime Minister Boris Johnson has said there is no need to close schools and universities, or shops and pubs and cafes – but then urged people to avoid visiting them. Government advice was first to stay indoors for seven days if you felt ill, but otherwise carry on as normal. It then switched to advising everyone to avoid contact with others and work from home where possible.

The first strategy seemed to be encouraging people to catch the virus in order to develop in society a ‘herd immunity’ such as occurs with a programme of vaccination, then the government rescinded this advice. It has also backtracked several times over its policy of testing for the disease. After the World Health Organisation strongly advised the government to resume testing of all suspected cases, it started to increase the level of testing again, but it is not clear that this is yet at the right level.

One part of the government’s communications strategy that has come in for particularly severe criticism in the media is its issuing of advice in briefings to selected journalists, rather than openly and transparently in public press conferences. It has now started holding daily press conferences.

So concern has been raised in the UK media about strategy, transparency and consistency as well as competence on the part of the authorities. As the crisis develops, there is a shift of focus day by day – and sometimes hour by hour.

A Guardian editorial published on 15 March pointed to the “muddled thinking at the heart of government”.

Looking to rest of world

The UK media have also been looking at how the situation is being handled by other countries and have been contrasting these approaches. This at least means that British journalists have been focusing their attention on the wider world, rather than looking inwardly as much as might otherwise have been the case.

The scale and complexity of the crisis – which has touched every aspect of life – has posed significant challenges for journalists. The Guardian readers’ editor, Elisabeth Ribbans, has spelled out some of the challenges and how the paper is tackling them.

Another important issue is getting the tone right and striking a balance between conveying the seriousness of the situation while avoiding sensationalism. Journalists have an obligation to report accurately and to allow the enormity of the crisis to speak for itself.

As the Independent’s Madeline Palacz noted: “An inherent conflict exists in the reporting of the Covid-19 pandemic: the conflict between the requirement to report the news accurately, and the ethical obligation to ensure that such reporting does not unnecessarily stoke public fear. This is not always an easy conflict to resolve.”