Ivory Coast: Coronavirus and the media 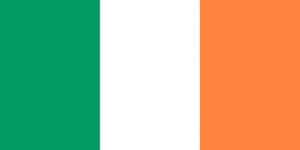 The Ivorian media have been paying a great deal of attention to the spread of the coronavirus, especially once the severity of the pandemic became clear and practically every continent was affected. The first case of Covid-19 was recorded in Ivory Coast on 11 March. On 23 March, President Alassane Ouattara declared a state of emergency throughout the country, and by 24 March, the number of confirmed cases had risen to 73.

The press has been covering the steps taken by the government in an effort to prevent the disease from spreading, as well as reactions to these from politicians, civil society and religious bodies. Opposition newspapers have been critical of the government’s response to the crisis, describing it as inadequate. They have also criticised the failure of some people in positions of power and authority to observe the measures imposed. Journalists have been questioning whether quarantine measures imposed on people arriving from countries already affected are being complied with, particularly in the case of celebrities and senior officials. A lot of misinformation about the disease is circulating.

Franck Kouassi is a journalist with the Ivorian news website Opéra News.
» Ethics and Quality, Media and Politics, Recent » Ivory Coast: Coronavirus and the media