Leading by example in the reporting of injustice 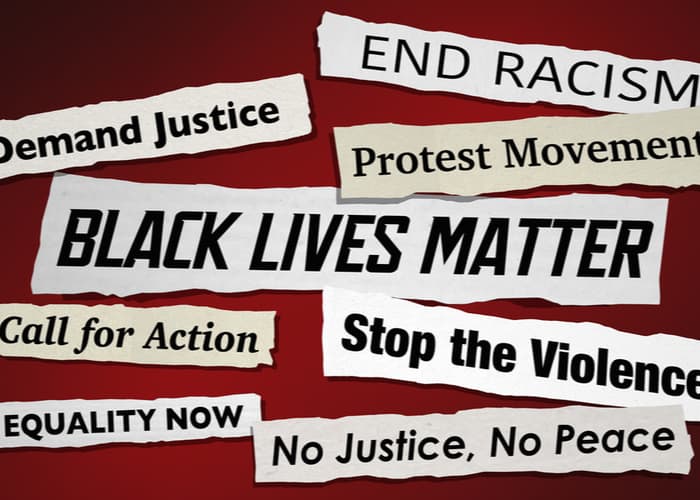 A global pandemic. The killing of George Floyd. A US election where the incumbent fails to concede for days. Enough news here for several years – but these extraordinary stories have all played out in the last few months.

When the news cycle is so breathless and extreme, as journalists we can get caught up in just reporting the news, rather than thinking about how best to report it. But as journalists and educators ourselves, we wanted to think about how we can ensure that deserving stories get told in the right way.

The result was a special series that we put together for City’s Department of Journalism podcast The Knowhow, called Reporting Injustice.

Across five episodes we wanted to highlight the complexities of journalism and those who are making a difference. Journalists that were proactive rather than reactive, and whose stories changed the way that society viewed crucial issues such as race, gender and class.

It’s easy to talk with our students theoretically about what good journalism can achieve. We wanted to come up with some real-life examples that they could look at in more detail to see where reporters did not just report the status quo but brought about change. Despite increasing cynicism about journalists, we found plenty of examples over the past few years – from different media outlets.

Journalism as a catalyst

Some of these were already well-known: Amelia Gentleman’s expose in The Guardian of the Windrush scandal for example brought to light how those who had come from the Caribbean to help rebuild the UK after the Second World War were treated thanks to the ‘hostile environment’ for migrants created by Theresa May’s government.

It’s not just mainstream media that can make a difference though. One episode focused on the importance of specialist journalism – in this case the journalists at Inside Housing, who challenged the narrative that the Grenfell Tower was a tragic one-off. Sophie Barnes, a 2012 alumna of City’s MA Investigative Journalism course, carried out two Freedom of Information investigations which revealed widespread problems in social housing around the country.

Meanwhile, after decades of missing and murdered indigenous women and girls being ignored by law enforcement, governments, and the general public, indigenous activists in the US and Canada are starting to get attention from journalists. The series investigates the ups and downs of how the story has been covered so far and what journalists can do to improve how they approach indigenous communities.

Sometimes it’s not just about the stories we tell, but how they are told which can change perceptions. When New York Magazine decided to tell the story of accusations of sexual abuse by Bill Cosby, instead of focusing on the accused celebrity, they focused on the women making the allegations. This led to the famous ’empty chair’ front cover which, as journalist

Noreen Malone points out, changed the way such stories were thought about by telling the survivors’ rather than the abusers’ point of view.

There is another big challenge for journalism that we face: not just how stories are told, but who gets to tell them. Research from Women in Journalism (WIJ) released in September showed that fewer than one in four front page bylines goes to women – which was no improvement on similar research carried out three years ago. It also found that only 16% of experts featured were women. These figures go down even further if race and ethnicity are considered.

When WiJ monitored a week’s coverage in July 2020, they found that not a single Black woman journalist had written an article on the front page of any of the newspapers during the time period, and out of 174 bylines, just two were written by BAME women. Just three BAME women were quoted on the front pages over that week.

Some media organisations are attempting to deal with this. For example, Roula Khalaf, editor of the Financial Times, has said she has gender targets of 50% women reporters, editors and experts quoted and targets on BAME of 20-22% in the newsroom in the next year. At the BBC, the news presenter Ros Atkins also set up a 50:50 initiative which aims to get 50% of representation on screen being women.

You may have already noticed that all the journalists we focused on were women. Beyond that all the experts we spoke to throughout the series bar one were women, and three out of five episodes included women of colour. Why did we do this?

As feminist scholars we wanted to highlight the work of women journalists and experts. As educators, we want to show our students that it is possible to have diverse interviewees if you are determined that different voices should be heard – we wanted to lead by example.

So next time you watch a news bulletin or browse a news website it’s worth just taking time to pause and think: what’s the story behind told here – and who is telling it.

This article was first published on the City, University of London news page.

If you liked this story, you may also be interested in: Snapshot of British media reveals worrying lack of diversity