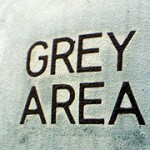 While some media professionals argue loudly over ethical issues tied to sponsored news content, Bart Brouwers quietly gets down to business, charging his “advertisers” for articles.

According to a recent European Journalism Centre article, Brouwers, creator of a network of Dutch sites following the model of hyperlocal journalism, claims to push the envelope with regard to the “mixed zone” between editorial and commercial content. Unlike traditional newspapers, the Dictbij network of hyperlocal news websites – Telegraaf Media Groep (TMG) project and Brouwers’ brainchild –  charge clients by messages conveyed rather than per square ad centimeter. Implementation may involve links to client websites smattered within certain features as well as articles focused on clients’ events and products deemed “advertorials,” which in some cases may translate to “articles not expressly identified as advertising.”

Despite the controversial financing, however, the project has seen success in the Netherlands. Brouwers believes that small-scale local news issues still remain of greater significance to people than large-scale events happening elsewhere. Thus, all stories on Dichtbij websites are told from the local relevance point of view.

Apparently, such perspective gives the network a clear advantage. The number of employees at Dichtbij increased from one to 80 within a year and that figure is expected  to surpass 100 by summer’s end.When compared to the thousands laid off globally, the rapid growth is what makes the network impressive.

The number of active Dichtbij websites, each with its own editorial staff, also increased rapidly from three to 85 last month, when more than 80 weekly newspapers turned their online activity over to the project. The amount of “light sites,” aggregating content from other sites exceeds 200.

Many professionals have said in the past that sponsored content puts media objectivity at risk. Brouwers argues that most of the sponsored news items published are relevant to the local community and would have been covered by the media anyway. “The only difference is we get paid for it,” he says. The decision to publish such material, according to him, remains purely editorial. Only time and further research can shed light on whether (or better, to what degree) content is contaminated by external influences.

Rukhshona Nazhmidinova's journalism experience includes working with as the Associated Press correspondent in Tajikistan (2003-2004) and assistant to the editor at the Central Asian Bureau of Agence France-Presse (2004-2006). Currently, she is working on her PhD dissertation at the Università della Svizzera Italiana. Her research interests include communication strategies via new media.
» Ethics and Quality, Media Economics » Expanding the Grey Area