Journalistic Lessons From The American Elections: Email And Curation 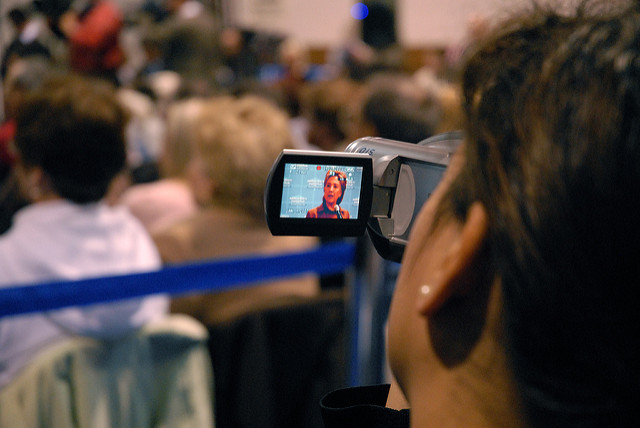 The US election highlighted the role of social media in disseminating fake news and propaganda. Unsurprisingly some news organisations are reinvesting in editorial emails to engage directly with audiences.

As Hillary Clinton found to her cost in the latest US presidential elections, emails remain a potent force in modern life. Partly because of the former Secretary of State’s reluctance to abandon her Blackberry for the government’s secure server, her multiple electronic messages left her exposed to political attacks from her rival.

And just as her claims that the emails contained no incriminating material were drowned out, so was much of the mainstream media in attempts to fact-check and provide balanced reporting on the issue (and much else). Traditional journalism is facing down a growing dominance of partisan claims and even falsehoods posted on Facebook.

That has sparked a fierce post-mortem about the role of the powerful social network, including the potential danger of its algorithms – let alone the junior editorial staff it employs – in prioritising, circulating and distorting information of public interest. It also bolsters the counterbalancing value of editorial emails which curate news and analysis.

As I found in a new study for the Reuters Institute for the Study of Journalism, a growing number of media organisations have reinvested in email newsletters, from “legacy” print groups such as the New York Times and Financial Times, to digital “natives” such as BuzzFeed and Apple News.

There are at least two reasons. First, despite their many limitations, emails provide concise and valuable content for readers guided by experienced editorial judgement. Second, they are a way to maintain a direct relationship with readers who are overwhelmed by information and the media’s multiple distribution channels, and turning by default to social media instead.

Emails are a curious hybrid half way between print and digital, which offer some of the advantages and drawbacks of both. Like articles printed on paper, they cannot directly be corrected, updated or easily modified once sent. They offer a restricted, finite print-like layout which may include some images but rarely more sophisticated “dynamic content” such as video.

Yet as with newsprint (and apps), emails are self-contained, providing a way to read offline on receipt without the continuous need for a phone signal or wifi. That can help provide users with greater, easier and more affordable access when they are roaming, have no connection or are located in places with poor bandwidth.

Their constraints also trigger focus and innovation, with a format and limited selection of content which helps readers with the “discovery” of articles in an era of information overload; curation of content and a surrounding context prepared by journalists; serendipity in selections of a variety of different articles; and the assurance of “finishability”, since they only take a limited time to read.

Like digital products, emails have far lower production and distribution costs than print. They offer greater interactivity, notably through hyperlinking to underlying content. They generate data of value to newsrooms, including showing the proportion of recipients who open them to read and who click through to each of the article links that they reference.

At a time of a shift to distributed content on Facebook, they provide a way for media groups to maintain a direct link to their readers and retain value and income. When integrated with reader registration systems and article metadata to classify underlying content, they can help build a broader profile of users’ browsing habits to generate detailed analysis and personalised recommendations. They are by default (and more than many other digital products) a form of “push” notification, alerting readers as a seamless part of their daily workflow.

Compared with other digital media, emails suffer from relatively low levels of investment and technological capacity or support, are often crowded out by more innovative and attention-grabbing newer digital platforms and limited by regulatory constraints. They also appeal less to a younger generation of readers more focused on social media.

In the long-term, unless emails themselves further evolve or younger users migrate back to them as they grow older, that could spell their demise as a distribution channel for news organisations. But the characteristics and value they offer – centred on journalistic judgement, curation and a direct link to readers – deserve to be retained.

You may also be interested in: Are journalists reporting, or publicising, populism?

The medium is not the only message

Andrew Jack is head of curated content at the Financial Times. The curated content team is a global group of journalists which guides readers through the best news and analysis from the FT and the rest of the web, using email, onsite posts, apps, multimedia and social. Andrew was a Visiting Fellow at the Reuters Institute for the Study of Journalism at the University of Oxford in 2016. Twitter: @AJack
» Media and Politics, Media Economics, Recent » Journalistic Lessons From The American Elections:...