Legends of the Wall Fall 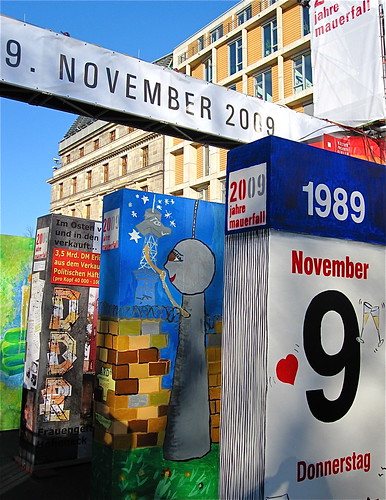 It’s hard to believe that 20 years have passed since the Berlin Wall came down, and, together with it, the Iron Curtain dividing Europe.

In Germany, media reports on the event made it seem as though the wall came down only yesterday. There is one particular point in which the media tends to glorify its own role, misrepresenting history. According to legend, the demise of the “Anti-Fascist Protection Wall,” a title the East German government assigned to the monstrous fortification, was instigated by Western television which brought news, advertising and promises to the East like a Trojan horse, finally forcing the totalitarian regimes to step down.

Had things been so simple, the peaceful revolution bringing freedom to Central and Eastern Europe would have begun in East Germany – as there was no language barrier, the people in East Germany were more directly infiltrated by Western TV than the other satellites of the former Soviet Union.

To the contrary, in Russia, Poland and other regions of Eastern Europe, Glasnost had arrived long before the East Germans began to chase Erich Honecker and Egon Krenz out of office. This doesn’t imply TV had no effect at all, certainly the media played a catalytic role. Yet its influence may have been less direct than reports suggest.

Personally, I was shocked to find what may be the largest media museum in the world – the Newseum in Washington – is circulating the myth. This, coupled with the fall of the wall itself, provide a reminder that today a similarly monstrous border is separating the U.S. from its Southern neighbor. This barrier was not designed by the Mexicans to offer protection from imperialists in the North, rather, terrorizing themselves with the delusion that they must fight terrorism, the Americans devised the new fortification. Let us see how long it takes Mexican or American television to tear it down.

European Journalism Observatory co-founder and until 2018 Professor of Journalism and Media Management at the Università della Svizzera Italiana in Lugano. Frequent contributor to Neue Zürcher Zeitung (NZZ) and Der Tagesspiegel (Berlin), as well as to the specialist publications Schweizer Journalist and Der österreichische Journalist.
» Specialist Journalism » Legends of the Wall Fall