Every news operation should have a mission statement 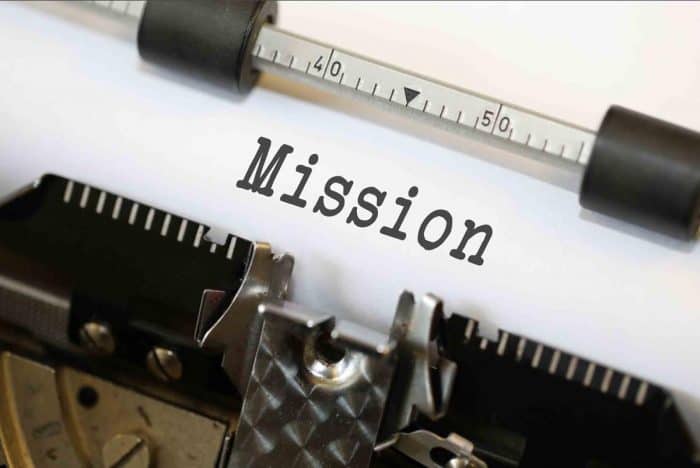 Most journalists at mainstream news organizations would bridle at the question. A mission sounds like a pre-determined point of view, an ideology that could colour reporting.

Much of the time, yes. The top breaking stories each day are obvious to everyone. Conscientious news media can do a good job of fairly covering all sides.

But objectivity can’t resolve everything. Once the top stories are covered, no objective tool can select from among the hundreds of other stories your organization might cover.

Subjectivity is a given

Editors often choose those other stories based on topics that ring true from their personal experience, or the injustices they think most deserve to be exposed. They may also have a worldview that leans toward negative stories – or feel a commitment to find something every day that’s positive or uplifting.

The subjectivity of selecting stories is nothing to be embarrassed about. It’s just a fact. Readers know we don’t put together our pages and feeds by randomly publishing whatever happens to turn up. A published mission statement makes the editors’ criteria more transparent to audiences.

One outlet’s statement might say it is particularly interested in city hall accountability, women’s rights and poverty. Another’s might say it considers job creation, the drug epidemic and firearms its top concerns. Such subject lists don’t mean the outlet will ignore other topics, but they provide clarity for readers about what subjects will receive particular emphasis.

Mission statements can also address the fundamental values that will guide coverage decisions. Are your editors committed to concentrating political coverage on issues, rather than relaying politicians’ daily insults?

In fast-moving news situations, will you publish unverified information (identified as such) or be silent until facts can be absolutely verified?

Do you think it’s important to search out positive trends as well as glum developments? (The Christian Science Monitor’s statement says it strives to report with “compassion, intelligence, and an essentially constructive lens.”)

Is the point of your journalism simply to dispassionately cover the news? The Washington Post’s statement says it strives “to report the news, not to make the news.” Or are you working for a specific outcome? The Global Press Journal says it aims “to create conversations, open minds and change laws and policies in the communities we cover.”

Do you believe your imagery should show, unblinkingly, the true horror of war and disaster? Or, for reasons of victims’ dignity and reader sensitivity, will you avoid photos and video that show bloodied, helpless people?

Are you committed to getting more diverse voices and images into your coverage? Have you decided to report on issues and neighbourhoods that are often neglected? Which ones? These can be declared specifically in a mission statement.

A mission statement can be a permanent part of a news company’s “About” page. Alternatively, it can be declared (and updated) from time to time in editors’ columns.

A mission statement isn’t just for readers. It can be a daily guide for the newsroom itself. If it says your political focus is on issues, it helps editors confidently play a policy story above the latest sniping on Twitter. It can help your editors select news agency stories that reflect your subject priorities.

A mission statement also sets the stage for later accountability. At the end of the year, editors can ask if their coverage of women’s issues or firearms really was as deep as their statement had promised. They can see if they really did prioritise political issues over nasty tweets.

Creating a mission statement can be a fascinating project in a newsroom, leading to deep discussions about the organization’s aims (beyond, in most cases, making money for its owners). It’s a good subject for inviting audience input.

Clearly, no mission statement can address all issues that come up in news coverage. Statements may evolve based on news developments, changing audience preferences and the editors’ own views of their responsibilities. Detailed ethical guidelines should go in a separate ethics code.

But mission statements can go a long way toward unifying decision-making across a newsroom, telling readers what to expect and creating your own yardsticks for accountability.

This is a slightly edited version of an article that first appeared on the Poynter Institute’s website.

If you liked this story, you may also be interested in “Build Your Own Ethics Code” For Digital Journalists.

Thomas Kent teaches at Columbia University, specializing in journalistic ethics, the geopolitics of news and the challenges of disinformation and propaganda. He is an advisor to the Ethical Journalism Network. Previously, he was president and CEO of Radio Free Europe/Radio Liberty. At The Associated Press he was standards editor, international editor, Moscow bureau chief and chief of AP operations during the Iranian Revolution. He writes frequently about journalism ethics, press freedom and propaganda. He has addressed professional forums in 20 countries and students at 30 universities.
» Comment, Ethics and Quality, Newsroom Management, Recent » Every news operation should have a...