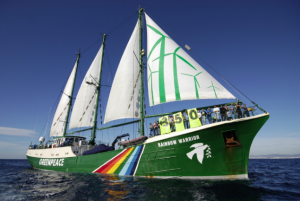 The environmental NGO Greenpeace has announced it has hired a team of experienced journalists as part of a plan to make investigations one of its three key activities, together with raising public awareness and direct action.

John Sauven, executive director of Greenpeace UK, told The Guardian that the organization wants to use investigative journalism to support its enviromental campaigning. He confirmed the team will have a budget that will allow it to initiate and cover “great stories” and carry out wide-ranging investigations.

“Those three areas are where our resources are going and where people are going,” he said. “We’re totally committed to that so that gives us a significant budget [for investigations], not just in terms of hiring people on permanent contracts here but getting freelancers.

“It shows our intent about how seriously we are taking it. We’ve put some of our best people on it and we will give it all of the resources that are needed to make it work,” Sauven said.

Among the first names leaked are those of Damian Kahya (formerly with the BBC), Lucy Jordan (formerly with the New York Times) and Maeve McClenaghan (Bureau of Investigative Journalism). The team will be coordinated by Meirion Jones (also ex-BBC), and it will also support a network of freelancers and experts. The unit is also expected to use technology such as satellite imaging and drones to build investigations.

It is not the first time Greenpeace has launched a journalism initiative. Four years ago the NGO founded its Energy Desk, a site dedicated to climate and energy issues, staffed by professional journalists. In 2013 it launched the digital platform Arctic Truth, to solicit reports by whistleblowers.

The latest initiative is being launched to coincide with the release of the documentary, How to Change the World which documents the history of the NGO since it was founded in the 1970s.