Journalism and online activism – an unholy alliance or a useful collaboration? 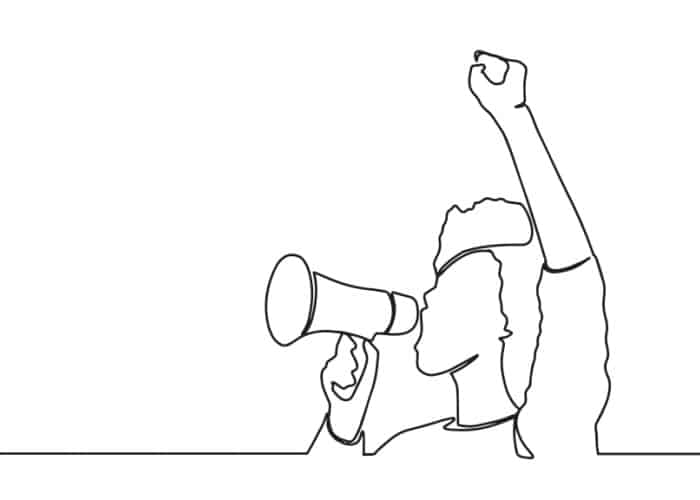 Journalists have an enormous reach and power when it comes to the distribution of information. Digital formats are playing an increasingly important role, which means that related activities such as activism are now not only evident in classic journalism platforms but are, in fact, playing an even larger role in online reporting. It is no surprise then that conversations about how we should separate journalism and activism have become more prevalent in forums such as the German, public state-owned Deutsche Welle’s (DW) Global Media Forum.

The proximity of journalism to activism

In an interview about the relationship between journalism and activism, Prof. Dr Christoph Bieber, who was a panelist at the DW Forum, addresses the issue of whether the two concepts should be clearly separated. Bieber, director at the Center for Advanced Internet Studies (CAIS), says: “It seems to me that these are two terms or concepts that have converged in recent years, and under the conditions of digitisation, and may now complement each other more than oppose each other.”

His view is that the focus should be on drawing boundaries so that the lines between journalism and activism do not become blurred. Anna Biselli, editor-in-chief of the digital rights website netzpolitik.org, agrees. Biselli believes that in both journalism and activism, attention is drawn to topics and reports are made based on facts and research. However, in journalism, all sides of a story must be examined and included to remain as objective as possible and keep the informative function of the media intact.

For Bieber, central points in the distinction between journalism and activism are the contexts of the publication and which actors are in the foreground. As an example, he contrasts the Watergate scandal and WikiLeaks. Due to different actors, the Watergate case was assigned to journalism, while the Wikileaks revelations were assigned to activism.

This example highlights the importance of returning to the basic definitions of the two terms. According to the American Press Institute Journalism “is the activity of gathering, assessing, creating, and presenting news and information. It is also the product of these activities”. The profession is further defined, in the codes of regulators, outlets and unions, for example, by values such as objectivity, balance, and impartiality. However, journalism values may not be prioritised by activists, intent on achieving a specific political or social change. So, the question is, when do the boundaries between journalism and activism become blurred?

“Journalism and activism already have a long ‘common’ history – while we consistently categorise the Watergate scandal of the 1970s in the realm of journalism, are the differences with Wikileaks forty years later really that clear?” asks Bieber. “In both cases, whistleblowers have made controversial, dangerous information available, and journalists have taken over the ‘narrative’ of the respective backgrounds and connections.”

According to the article Between Transparency, Information Control and Political Campaigning: WikiLeaks and the Role of Leaks Journalism, published in 2017 by the Federal Agency for Civic Education, whistleblowers and leaks platforms have become “a central part of the media landscape”. In particular, the effects of WikiLeaks, writes author Arne Hintz, can be seen in the media sector. Among other things, this resulted in the development of the software platform GlobaLeaks – first prototyped in 2011- which collects and evaluates data and is used by whistleblower initiatives worldwide.

However, Hintz questions whether the successes of such leaks are seen as scandals or whether they are recognised as legitimate sources and “lead to concrete legal investigations and new regulatory frameworks”.

The proximity of journalism to activism can also be seen in the way traditional media houses work, he claims, pointing to the fact that prominent outlets such as the New York Times, the Guardian and Al-Jazeera offer digital mailboxes through which files can be forwarded anonymously to journalists.

During the discussion at the Global Media Forum, Biselli emphasised that journalism and activism do not have to contradict each other. Quite the contrary, she asserted. Adhering to journalistic principles and pursuing a clear stance can complement each other.

“We adhere to journalistic principles, but with a clear point of view,” she told the panel. However, she also stressed that context plays a key role.

According to Bieber, this type of cooperation between classic journalists and digital activists will probably become more frequent because it is a cooperation that seems to make sense in terms of the distribution of tasks. Dealing with digital data, algorithms, and online platforms falls into the field of activism and journalistic quality assurance, storytelling, and dialogue formats into the field of journalism, he explains.

He addresses the question of whether journalism needs activism: “Journalism is certainly possible without ‘activist support’ – as long as there is sufficient funding and media companies have sufficiently trained staff.”

But bearing in mind the dire financial constraints facing many media houses, does cooperation between journalism and activism become an important option for consideration? For journalism to separate itself from activism and depend only on its own research, data and information, there will need to be a financial investment in, for example, staff development and training, which may be challenging for already cash-strapped outlets.

According to Bieber, the interplay of classic journalism and digital activism is on the rise. It is an interplay of digital data, investigative research, algorithms, journalistic quality assurance, storytelling and dialogue formats.

Of course, objectivity and fact-based reporting must remain in the foreground in order to protect journalistic values, but should this rule out activism? It doesn’t have to. Indeed, we have seen that often, there is a fine line between journalism and activism.

If you liked this story, you may also be interested in: Panel debate: should journalists be activists?