“Build Your Own Ethics Code” For Digital Journalists 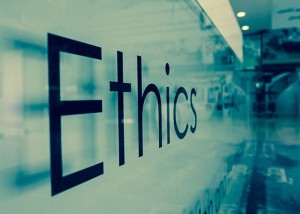 The Online News Association (ONA) will soon launch its “Build Your Own Ethics Code” project, designed to help news organisations, startups and individual journalists create codes of ethics that reflect their own journalistic principles.
The project has been two years in the making, attracting comments from around the world and also some controversy.

It starts with fundamental principles that US-based ONA, a non-profit membership organisation for digital journalists – directors include representatives from Washington Post, CNN, Storyful, Mashable, Google and the BBC – considers non-negotiable for any journalist. They include:

From there, the code becomes more flexible. Although the very idea of do-it-yourself ethics has been discomfiting for some, those working on the project believe the best hope for convincing new journalists to adopt and live by an ethics code is to give them some ownership and flexibility in creating one.

The project’s first set of modules has been open for international crowdsourcing for a year. Launching on a dedicated website either later this summer or early autumn, the project will present opposing views on more than 40 issues that journalists confront.

Users can create codes to fit their own beliefs and circumstances

Users will be able to choose among these options to create codes that fit their own beliefs. We hope they will have open conversations in their newsrooms about what their codes should say, publicly post the codes they create and hold themselves accountable for observing them.

Many of the issues are particular to digital journalism. These include whether to remove materials from online archives, rules for data and robot journalism and how reporters should behave on social networks. Other modules cover more traditional areas where journalistic cultures may clash: paying for interviews, undercover reporting and publishing images some readers may find offensive.

The code does not demand objectivity

The project intentionally takes no position on one of today’s most controversial journalistic issues: whether journalism can truly be objective. Users can create ethical codes on the site for objective journalism or for point-of-view journalism that is still honest and transparent. They also can tweak their codes to require that reporters keep independent from subjects they cover, or to allow them to participate in the causes they’re reporting on.

Here’s how a typical module in the project works:

The module on “Gifts, Free Travel and Other Perks” first describes the ideal situation where a journalist is well-enough funded that she can refuse gifts from anyone. But it also takes into account freelancers who, say, cannot cover the tourism industry without accepting some free travel; journalists in some countries who are paid so badly (if at all) that they depend on “tips” that companies and government agencies give reporters who attend their press conferences; and reporters who feel pressured in certain cultures to accept gifts as a form of “hospitality.”

The module then offers a choice of statements for a code of ethics. They include:

● Our journalists should accept no gifts from subjects or potential subjects of our coverage. If gifts sent to journalists cannot be returned, we should donate them to charity.

● Our journalists may accept free travel and other gifts if they are financially essential, but we should disclose those gifts in our reporting.

A user can select one of these sentences, edit it if needed, then import it into the ethics code he is constructing on the site. We’re hoping the site will give users the option to post and share their codes.

The project will also be available to journalism professors, who often ask their students to create personal ethics codes. Build Your Own Ethics Code is a project of ONA’s News Ethics Committee. I lead the project, and am also standards editor of The Associated Press (The AP has its own long-standing ethics code for its employees.)

The ONA’s Build Your Own Ethics Code is the most recent of a number of initiatives designed to encourage good practice in digital journalism. Others include the US Society of Professional Journalists Code of Ethics and Poynter’s The New Ethics of Journalism, edited by Kelly McBride and Tom Rosenstiel. Others are more specialised, such as Verification Handbook, an in-depth look at verifying digital sources particularly in emergency situations, edited by Craig Silverman and published by the European Journalism Centre.

Funding has been provided by the ONA and a grant from the Ethics and Excellence in Journalism Foundation.

Thomas Kent teaches at Columbia University, specializing in journalistic ethics, the geopolitics of news and the challenges of disinformation and propaganda. He is an advisor to the Ethical Journalism Network. Previously, he was president and CEO of Radio Free Europe/Radio Liberty. At The Associated Press he was standards editor, international editor, Moscow bureau chief and chief of AP operations during the Iranian Revolution. He writes frequently about journalism ethics, press freedom and propaganda. He has addressed professional forums in 20 countries and students at 30 universities.
» Ethics and Quality, Recent » “Build Your Own Ethics Code” For...