Estonia: Coronavirus and the media 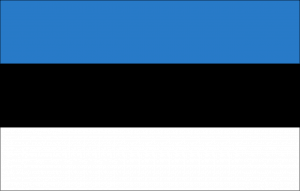 The Estonian media at first treated coronavirus as a foreign news story, initially focusing on the situation in China and Italy. As more cases of Covid-19 began to be registered elsewhere, especially in neighbouring countries, the media began to discuss more seriously the possibility that the virus could arrive in Estonia.

When the first case was confirmed in Estonia on 26 February, the story was covered by all media outlets and members of the government were interviewed. Some commentators cautioned against over-reacting to the situation.

A turning-point came with a volleyball tournament on Estonia’s Saaremaa Island on 5 March, in which the Italian team Allianz Powervolley Milano played against the Saaremaa Volleyball Club. After the match, five members of the Italian team tested positive for the virus and several people on Saaremaa fell ill with Covid-19. The island was put under quarantine and is now the worst affected region of Estonia in terms of per capita coronavirus cases.

Before the Saareema volleyball game took place, an editorial in the local newspaper Meie Maa stated that “it is absurd to cancel a sports competition due to some virus. People should not fear coronavirus more than regular influenza, which in our latitude is the deadliest.” After the outbreak of Covid-19 on the island, the paper deleted this editorial from it website and published another one saying that “instead of spreading panic, proper measures should have been taken immediately. […] A proper measure would have been the banning of all large sports competitions. This is the only measure.”

Meie Maa came in for some harsh criticism for having deleted the first editorial from the website. The chief editor of the Diplomaatia international affairs monthly, Erkki Bahovski, noted on his private Facebook account: “It is the worst thing a newspaper can do – to mount a cover-up. If something goes wrong, just apologise! Already, there are too many worthless pages writing rubbish about the coronavirus. But when a newspaper starts concealing information, people completely lose their trust in it.”

Ever since the government declared a state of emergency late on 12 March, there has been blanket coverage of coronavirus-related topics. Under the legal provisions introduced as part of the state of emergency, media outlets may be required immediately to announce or communicate, in unaltered form and free of charge, notices related to the emergency. All decrees have been published both in the print editions of newspapers and on their websites, as well as on broadcasters’ websites.

All electronic media outlets are providing unbroken coverage of the situation and how the government is handling it. The national public broadcaster carries live transmissions of the press conferences held by the government and the health authorities, with simultaneous translations in sign language and Russian. Private broadcasters show the press conferences online. All broadcasters, but especially the public broadcaster, are scheduling extra programmes, often live, on coronavirus-related issues. The public television has rearranged its news format: often the entire programme – with the exception of the weather forecast – is devoted to the topic. Reporters provide (often live) on-the-spot reports from all over the country and from Brussels, Latvia, Finland, Moscow and Washington. At a press conference, the Estonian Prime Minister praised the media’s coverage of the crisis.

One slightly odd note was struck by the daily Postimees on 19 March, when the paper published an appeal on its front page calling on the Polish government to allow Estonian citizens who wanted to return home to travel through Poland unhindered. The appeal, which covered the entire front page and was printed in both Estonian and Polish, noted that Estonia has always looked on Poland as a friend. It recalled the wife the commander-in-chief of the Estonian armed forces in the late 1930s had been Polish and that Estonia had allowed the Polish submarine Orzel to leave Tallinn harbour in late 1939 when the Soviet Union was putting pressure on Estonia to detain it. “Please now let our people return home through Poland without restriction. We want to count on you now as well as in the future,” the appeal read.

As of 20 March, the government had not faced any serious public criticism, though some concerns have been raised in the media. The main area of concern has been the performance of the health authority, as the management of statistics has left something to be desired. In addition, many experts warn that testing is not being conducted on a large enough scale and that announcements about it are contradictory. On the whole, people have accepted the need for the measures introduced by the government, though the risks inherent in the imposition of a state of emergency have been highlighted. For example, a former minister from the opposition Reform party, Rein Lang, wrote on the news website ERR that when the state interferes in people’s lives, it has to be able to explain why this is necessary. “Every regulation begs the question of how it should be implemented. Every regulation also creates new problems. These need to be anticipated and managed,” Lang wrote.

Faced with an impending economic crisis, some media organisations have taken steps to fend off financial collapse. The largest Estonian daily Õhtuleht announced a temporary pay cut for staff, while Postimees reduced the size of the newspaper in response to the fall in revenue. The Estonian Association of Media Enterprises has appealed for state support for quality journalism. The Association noted that while the need for such journalism was greater than ever, media companies’ main source of income source – advertising – was declining as all the “worry and uncertainty” meant that advertisers were falling away.

Urmas Loit is a lecturer in journalism and a former reporter and editor with Estonian Radio.
» Ethics and Quality, Media and Politics, Recent » Estonia: Coronavirus and the media