Austria: Coronavirus and the media 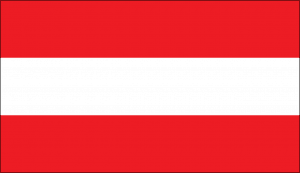 The coronavirus pandemic took time to make an impact on the Austrian media, but this changed overnight once Covid-19 arrived in the country.

Until late February, Austrian journalists paid scant attention to the issue – and when they did report on it, coverage was mainly confined to the foreign affairs sections. However, after the first cases were reported in Tyrol on 25 February, the number of articles in all news media increased sharply. The coronavirus crisis now dominates the news agenda in Austria to the exclusion of practically every other topic.

Especially after 10 March, when Federal Chancellor Sebastian Kurz announced the first measures restricting public life in the Alpine republic – some time before many other European leaders took such a step – Covid-19 has been the dominant theme for all journalistic beats. Kurz’s determined approach to tackling the issue attracted the attention of several foreign media outlets, some of which expressed admiration for his resolute stance.

Despite the flood of information on a wide range of coronavirus-related topics, there are no signs that Austrian media users have had enough of the topic. On the contrary: journalistically mediated information is in demand as rarely before. According to Reppublika Digital Ratings, news portals are among the big winners of the lockdown in Austria. In particular, the websites of the Austrian public service broadcaster ORF and of the newspapers Der Standard and Kleine Zeitung saw a big increase in traffic during March.

Not even the occasionally harsh criticism of the way in which some journalists have covered the topic has noticeably dented the public’s appetite for news of the crisis. Some newsrooms have been negligent in assisting the further spread of false claims about the virus circulating on social media. A retired Viennese epidemiologist, Wolfgang Graninger, caused a stir when in an interview with the daily Kurier, he said that the virus was in fact a deliberate attempt by China to damage the US economy. Fritz Hausjell, professor of communication at the University of Vienna, condemned the “irresponsible” dissemination of such conspiracy theories. Kurier’s editorial team subsequently disassociated itself from Professor Graninger’s statement.

Overly sensational reporting without question fuels public anxiety – something that is truer now than ever before. When the current crisis was still at an early stage, the Austrian Press Council became involved in the debate about how journalists should approach the topic and issued a statement calling on Austrian journalists to tackle the issue “as factually as possible”. The institution for professional self-regulation said that sensationalism and the use of lurid language were to be avoided at all cost. “It is the media’s task to point out risks and dangers”, the statement continued, “but this requires particularly conscientious research and the inclusion of expert opinions.”

There are encouraging signs that this demand is being taken seriously by many Austrian media houses. For example, the Austria Presse Agentur (APA) regularly publishes “fact checks” on coronavirus-related news stories. The daily Der Standard has earned respect for its thorough investigation into the role of the Tyrolean ski resort Ischgl as a coronavirus hot spot. And towards the end of March, a number of employees of the public broadcaster moved into an “exclusion zone” at ORF’s headquarters, where they will remain in isolation for two weeks, in a bid to minimise the risk of becoming infected and ensure the uninterrupted operation of the newsroom.

Most Austrians appear to be reasonably satisfied with journalistic coverage of the coronavirus crisis. According to a survey carried out by the Gallup Institute, 77 percent of participants felt that they were on the whole well or very well informed about the topic. The same percentage of interviewees also agreed that journalism plays an important or very important role in society. Traditional media – television, radio and newspapers – are considered to be particularly trustworthy. According to Matthias Karmasin, director of the Institute for Comparative Media and Communication Studies (CMC) at the Austrian Academy of Sciences and the University of Klagenfurt, this shows that quality media and professional journalism have a “decisive role” to play, especially in times of crisis.

Unfortunately, it is not clear for how long Austria’s media will be able to continue fulfilling this role, as the economic impact of the crisis has already triggered a sharp drop in advertising revenue. Many media houses have responded to this by reducing the hours of their staff, as a recent poll conducted by Der Standard shows. Even if publishers feel confident that they will be able to keep going in the immediate term, many smaller media companies are facing an uncertain future. As media consultant Markus Posset warns in an article for meedia.de: “Many Austrian media will not survive the next few years.”