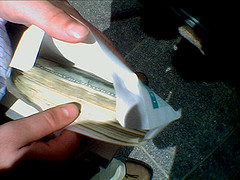 A reason for the Swiss to be proud.

In the most recent ranking of Transparency International, Switzerland lands in a group of 10 nations perceived to be least endangered by corruption. Denmark, Sweden, Finland, the Netherlands and Norway are the other European nations belonging to the club, while Canada, Australia, New Zealand and Singapore make up the rest.

In another global ranking, the state of press freedom is analyzed annually by Reporters Without Borders. Here, Switzerland slid into the #1 position – together with Finland, Iceland, the Netherlands, Norway and Sweden. Austria and Ireland make the top 10 along with Estonia, the only country from the former Soviet Empire to score so high. The only non-European nation to make the top ten is New Zealand.

Analyzing the two rankings in greater detail, the following findings might be of interest:

The correlation between a high degree of press freedom and reduced susceptibility to corruption is so impressive one might conclude the latter is caused by the former. Experience, however, reminds us to be cautious with such generalizations: If the number of newborn children decreases along with the number of storks, this doesn’t necessarily prove it’s storks bringing babies into the world.

Susceptibility to corruption is, at first, a question of ethics – and thus of socialization and socio-political culture. Yet economists make a good point in arguing that corruption will spread where it pays off. And whether it provides the desired “return on investment” depends heavily on the probability of being caught engaging in corruption and what the potential sanction will be. Knowing an independent press might discover and scandalize corrupt actors probably remains the best prevention against corruption. To become effective, guaranteed press freedom is – however – just one precondition. The other is the financial independence of journalism and sufficient capacity for investigative research.

For many decades the latter was subsidized by the advertising industries. As they’re able to produce higher-quality, targeted work today with the help of social networks and search engines, the investigative capacity of journalism is vanishing in the Western democracies of Northern America and Europe at a rapid pace – and therefore the value of press freedom is also decreasing. Thus, the laurel for Switzerland may wither before we even realize we’ve earned it.