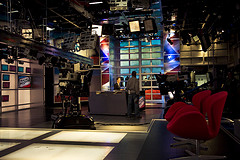 As the third most-viewed site on the Internet, news agencies must decide how best to utilize YouTube’s burgeoning success as a news source.

In a lengthy report published by The Pew Center’s Project for Excellence in Journalism (PEJ) this July, authors found that traditional news outlets are beginning to form important partnerships with YouTube in order to provide content and to police unlicensed posting.

YouTube has moved beyond its role as a citizen generated entertainment platform and is now becoming a player in the broadcast news business, filling a unique niche in a once traditional market which allows viewers to both share, edit, and comment on news.  The PEJ report examined 260 videos, which included 15 months of the most popular news content posted to YouTube and focused on the five most-viewed videos located in the “news & politics” section of the site.

An analysis of the findings revealed that citizens are becoming increasingly involved in the production of content, both by re-posting video originally produced by news agencies and also by creating their own videos about news and posting them to YouTube.  The report’s authors found that, “consumers […] seem to be embracing the interplay in what they watch and share, creating a new kind of television news.”

In addition 39 percent of all videos included in the report were created by citizens, while another 51 percent of videos came from news organizations, which also included user-generated content originally posted to the citizen journalism section of their website.

The study also found that the most popular news videos were a mix of both edited and raw footage, often with citizens adding their own commentary or commentary from political pundits.  According to the report’s authors,  “YouTube is a place where consumers can determine the news agenda for themselves and watch the videos at their own convenience—a form of ‘on demand’ video news.”

While the study notes that traditional nightly news broadcasts still receive the lion’s share of viewers, new trends are emerging which blend the involvement of citizen journalists, news organizations, and YouTube.

As YouTube continues to show promise in the sharing of news events, traditional media outlets are tasked with the choice to either conform and adapt to new trends by forming partnerships with YouTube and citizen journalists, or to actively work to protect their content and restrict the posting of unlicensed material.

An example is YouTube’s partnership with the news service Reuters which receives money from YouTube to develop content specifically for the site.  Yet some content producers are actively seeking to prevent the sharing and posting of unlicensed content.  YouTube offers a service to clients which uses content identification software to block unlicensed videos, and with more than 3,000 members, the service can be combined with other features such as revenue sharing or content production contracts.

Governments are also entitled to block information deemed inappropriate for citizens.  Since the site’s creation, China, Libya, Pakistan, and Iran have all attempted to block content posted on YouTube.

In addition, ethical standards meant to determine the origin of videos – which could include a gamut of producers including news outlets, citizens, governmental organizations or political action groups – are lacking, exposing a grey area in the production and publishing of videos.

While YouTube continues to grow as a viable outlet for news videos and content sharing, the site maintains that they have no interest in producing content or entering the news market. However as the report states, “by whatever description […] YouTube is becoming an important platform by which people acquire news.”

Michael Wise is a Master’s student at Università della Svizzera italiana, studying Health Communication and Management. He has a bachelor’s degree in journalism and has written for a number of magazines and trade publications, in addition to being an EJO contributor and student assistant since September 2011.
» Digital News » YouTube Partners With Broadcast News