Seven ways journalists can up their social media game 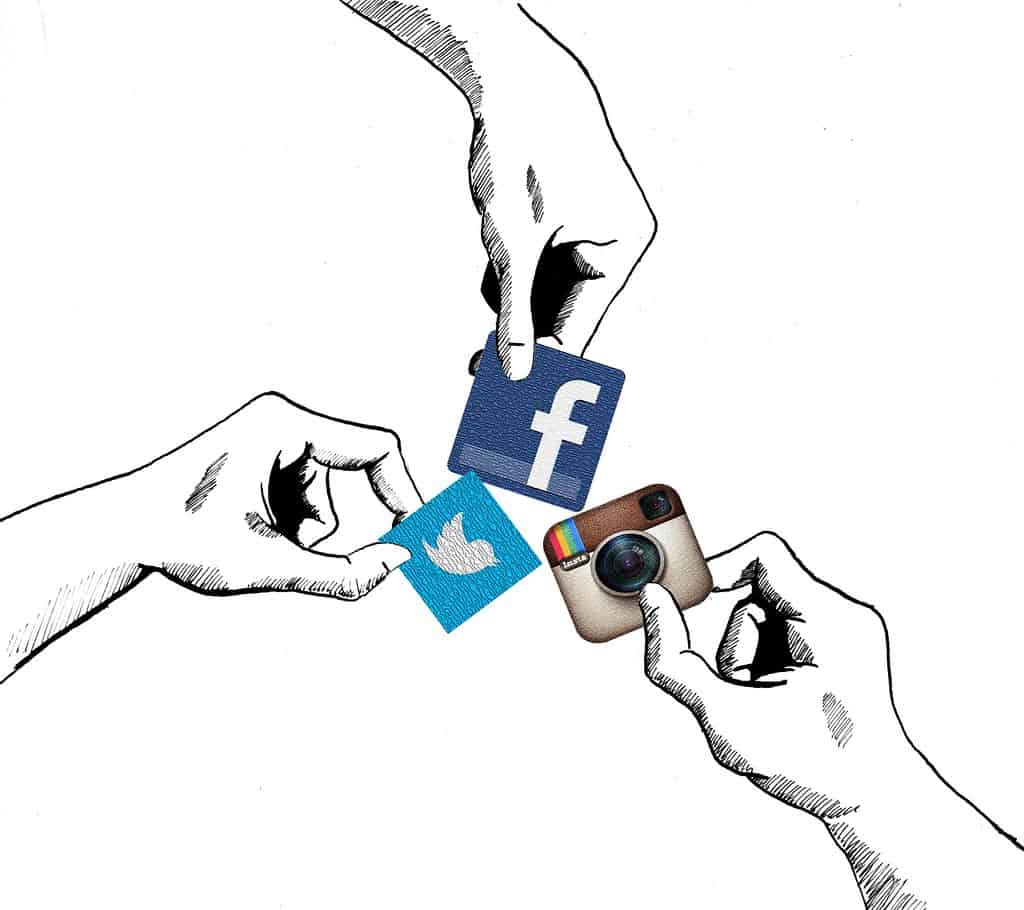 It’s never been easier for journalists to interact with their sources and audiences through social media. But finding the right mix can be challenging.

Social media is swimming with journalists and non-journalists alike, but too often engagement between the two is scant. That’s the view of Mandy Jenkins, general manager for McClatchy’s local news initiative The Compass Experiment and president of the Online News Association (ONA). Jenkins’ career – which includes being the first editor-in-chief at Storyful, social news editor for politics at the Huffington Post and managing editor of Digital First Media’s Project Thunderdome – is steeped in this space. During a guest lecture for the University of Oregon’s Demystifying Media series, Jenkins identified seven ways journalists can more effectively use social media.

1. As a means for community engagement 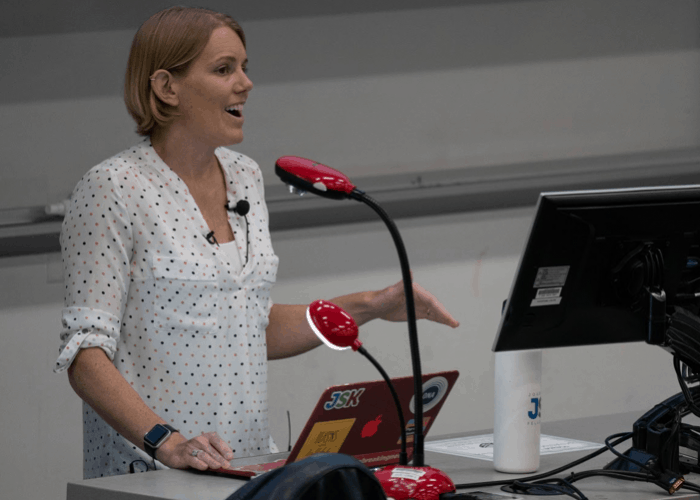 Mandy Jenkins, president of the Online News Association, wants journalists to use social media more effectively. Image via OR Media

It’s never been easier for journalists to monitor the areas they cover and interact with their sources as well as their audience. Most communities and their leaders have an active presence on social media. Yet, around 78 percent of US adults have never spoken with or been interviewed by a local journalist. Those that have are predominantly white, older well-educated males. Addressing this means finding ways to engage with communities face-to-face as well as online. A study from the Center for Media Engagement at the University of Texas Austin found that the more a recognisable journalist participates and engages with public comments, the overall tone of the comments improve. “Actually, taking the time and interacting with them [commenters] is a great way for journalists to engage with the community,” Jenkins said.

2. By showing how journalism works

With trust in the media near record lows, social media can be used to explain journalistic processes. The Enid and Eagle – a seven-day, morning newspaper serving more than 40,000 daily readers – in Enid, Oklahoma, used Facebook to ask readers and viewers what stories they would like to see. Too often we assume audiences know how journalism works. However, simple things like live-tweeting a council meeting, sharing that ‘today I’m out reporting on this’ or “I’m chatting with this person,’ can help show the work that goes into covering a story. Jenkins said that while these types of posts might be mundane to journalists, they’re not to the public. As a result, they can build connections and demonstrate transparency – especially at a local level.

3. As a feedback mechanism

Journalists often see social networks as promotional platforms. However, they’re also a means to get input before, during, and after a story. Avoiding trolls may be difficult, Jenkins said, but there are real people “out there” with legitimate questions that journalists should answer and address to better their work. ‘Why did you talk to this person, why didn’t you talk to this person?’ Or ‘Why did you write this story vs that story?’ are important questions to consider and respond to, Jenkins argued. ”Use it [social] as a conduit to take feedback on your work,” she said. 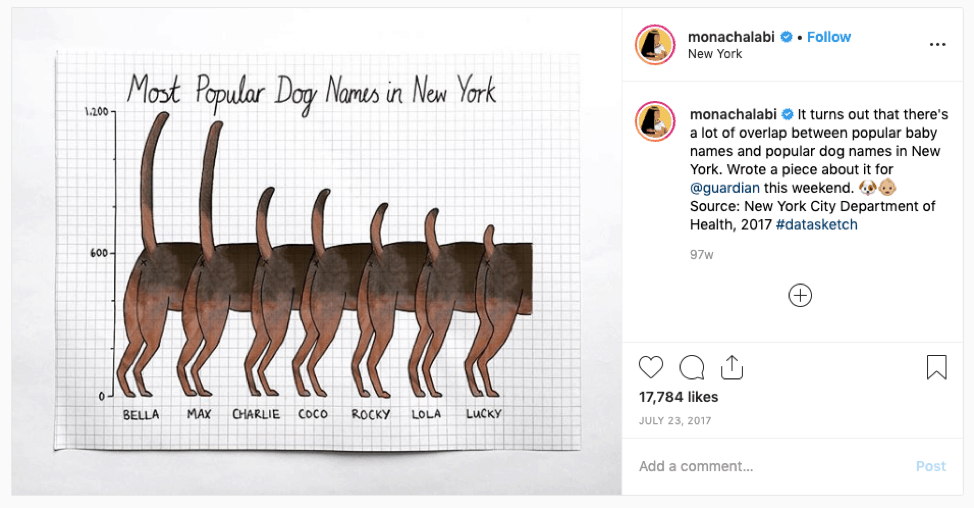 Data illustration for The Guardian by Mona Chalabi. Image via Instagram

Social platforms have a lot of digital tools to make posts as visual as possible. “A visual medium forces you to be less wordy and put your opinion in less often,” Jenkins said. “It makes it so you’re only using the words and context that matter.” But be careful to not overdo it. Instead, Jenkins recommends you spread out social posts and use visuals that are important and/or that will resonate with audiences.

User-generated content and eyewitness media are mainstays of many newsrooms. They can be a great way to combat resource issues, report on breaking stories and fill content gaps. Community members might have a video, or photograph, that journalists can incorporate into their coverage. If you do this, however, it’s important to not only credit the source but also talk to them about their experience. “There are people who are earnestly trying to engage in public life,” Jenkins said. “we should encourage that, especially if it’s in a positive way.”

“It’s really easy to get stuck in a bubble on social media,” Jenkins said. The most obvious example of this is journalists who only follow their peers and public opinion formers. It’s important to keep an eye on the competition, and to learn – and interact with other journalists – but don’t go overboard. “Please interact with real people and stop trying to impress other reporters,” Jenkins advises. Instead, be sure to “talk to readers [who] share real people’s stuff.” Getting locked in an industry bubble is all too easy and can negatively impact journalists work.

7. Remember, not everyone uses social media

Don’t assume everyone is an active social networker. As Jenkins reminds us, Twitter is a big trap for journalists when it comes to grouping public sentiment. A 2019 study by the Pew Research Center showed only 22 percent of U.S. adults use Twitter. There’s a huge audience who do not.

Each term, the University of Oregon invites speakers from academia and the media industries to participate in the “Demystifying Media” seminar series. Mandy Jenkins, was a 2018-19  John S. Knight Fellow at Stanford University. She is president of the Online News Association, and was a 2019 Journalist in Residence at the University of Oregon. Recently she was appointed general manager of The Compass Experiment. She presented the third lecture of the spring 2019 Demystifying Media series, talking about her career, engaging with audiences and how journalists can use social media.

If you liked this story, you may also be interested in How Public Service Media use Social Media.

Destiny Alvarez is a journalist in Eugene, Oregon. She graduated from the University of Oregon School of Journalism and Communication (SOJC) with a Master’s in Journalism in 2019 and from the University of Idaho with a B.S in Journalism in 2017. Alvarez was the 2019 Editor-in-Chief of the award-winning student-led SOJC publication Flux Magazine. Alvarez served as the Spring 2019 Demystifying Media Intern and is currently the 2019 Charles Snowden Program for Excellence in Journalism intern for The Register-Guard in Eugene, Oregon. She is a happy plant mom, journalist and coffee enthusiast. She tweets @DesJAlvarez | Damian Radcliffe is the Carolyn S. Chambers Professor in Journalism, and a Professor of Practice, at the University of Oregon. He is also a Fellow of the Tow Center for Digital Journalism at Columbia University, an Honorary Research Fellow at Cardiff University’s School of Journalism, Media and Culture Studies, and a fellow of the Royal Society for the Encouragement of Arts, Manufactures and Commerce (RSA). He tweets @damianradcliffe
» Digital News, Newsroom Management, Recent, Technology » Seven ways journalists can up their...