Journalism with a sense of mission: promoting civic values in Lithuania 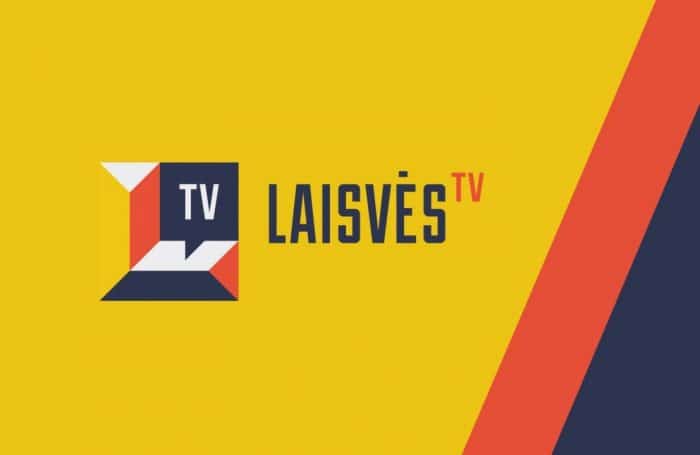 These days, there’s no shortage of media experts vying with each other to express concern over the future of journalism and traditional news formats. However, there are plenty of journalistic projects out there which prove that with entrepreneurial thinking, innovative ideas and finding positive ways to harness the power of social media, it’s possible to create new media formats and find new ways in which content can benefit from technological solutions. Even in these challenging times, developments such as these can serve the cause of high quality journalism and thereby encourage public engagement.

The Lithuanian YouTube-based TV channel Laisvės Televizija (Freedom TV) is a case in point. The channel was the brainchild of journalist Andrius Tapinas, who until 2016 had his own programme, the popular Pinigų karta (The Money Generation), on Lithuanian public broadcaster LRT. In that year, Lithuanian TV brought Tapinas’s show – which had already been on air for 12 years and had enjoyed a successful season – to an abrupt end.

On the eve of the 2016 parliamentary elections, many observers linked the TV’s decision to the journalist’s activities in the run-up to the previous year’s municipal elections. This was the first time that direct elections for town mayors had been held, and Tapinas toured the country in an effort to raise public awareness and encourage increased participation in the democratic process.

Tapinas responded to the cancelling of The Money Generation by moving it to YouTube – an act that marked the launch of Freedom TV.

At first there was little to set Freedom TV apart from any other YouTube channel, but in the three years since its launch it has become a substantial network offering a variety of programmes, vlogs and podcasts covering politics, socio-economic issues, analysis of Russian propaganda, sports etc.

According to the latest issue of Baltic Media Health Check (BMHC), a study that analyses trends and highlights key issues in the Baltic media markets, the project is one of the most successful Baltic media start-ups.

“We are proof that high-quality television can exist on platforms other than on the TV screen,” Freedom TV itself proudly declared.

In its second season Freedom TV introduced a new programming strand, R.I.T.A., a project that combines investigative journalism with civic initiatives and aims to combat corruption in Lithuania. The front page of the project’s website features an interactive map that allows anyone to report corruption and non-transparent transactions in any part of the country.

The project’s anchorwoman is one of Lithuania’s most respected journalists, Rita Miliūtė, who leads a team of investigative journalists who respond to reports, verify the information supplied and publicise it.

The project is co-financed by European Union Structural Funds and the Open Society Foundation, which is why all of R.I.T.A.’s content is available for publishing on other media free of charge. 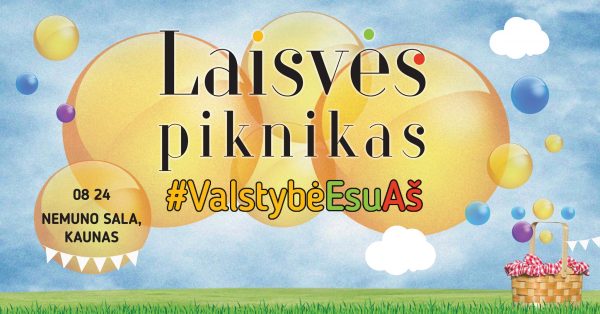 Freedom TV puts on an annual festival of ideas, the “Freedom Picnic”

As part of its campaign to build up a loyal audience, Freedom TV and its associated projects have put some thought into nurturing a community that identifies with the brand and its values. In addition to being active on the channel’s main YouTube platform, they interact with their audience via their Facebook and Instagram accounts.

They also use events to help raise brand awareness. The most prominent of these is the annual festival of ideas known as Laisvės Piknikas (Freedom Picnic), which was begun by Tapinas in 2016 after his plan to meet local people in Ringaudai, a town near Lithuania’s second city of Kaunas, was vetoed by the municipal authorities. Since then, a Freedom Picnic has been held every summer in Kaunas. This year, the number of those taking part was expected to reach a record 30,000.

Freedom TV takes its educational role very seriously and has made a determined effort to reach out to young people. In 2015, even before the founding of Freedom TV, Tapinas made a public promise to visit a hundred schools a year to talk to children about the opportunities available to them and how they might go about realising their dreams. By the end of 2016, the promise had been fulfilled.

The initiative continued to evolve, and in 2017 a project with the name Padrąsinti. Įkvėpti. Palaikyti (Encourage. Inspire. Support) was launched as part of the national civics initiative “Už saugią Lietuvą” (For a Secure Lithuania) instigated by the then president, Dalia Grybauskaitė. Tapinas, together with dozens of other prominent Lithuanians, made 220 visits to packed school halls. In 2018 project grew even bigger: 400 visits to 100 schools throughout the country.

At the beginning of 2018, Freedom TV announced plans for a new hub, AltSpace, to be developed in partnership with investor Ogmias Centras. AltSpace aims to offer both an open-plan office and closed offices, a studio, relaxation area and a coffee shop. According to Tapinas, the new hub would be more than just yet another office rental project but would aim to create a sense of community for the creative professionals based there.

The jewel in AltSpace’s crown is a multifunctional hall that can be used for events, filming and broadcasting. At a time when traditional TV companies were only considering broadcasting in HD, Freedom TV announced its intention to use 4K cameras and to be the first Lithuanian TV to broadcast in Ultra HD quality.

“When we started, experts predicted that we will not last half a year. Now we are taking huge steps to be on the forefront of creative industries in Lithuania,” Tapinas declared.

Freedom TV started as a crowdfunded project using the US-based Patreon platform. According to BMHC, each month it receives the support of around 4,000 micro-funders. Freedom TV’s annual report for 2018 shows that micro-funders contributed more than 158,000 euros to the project last year. Added to other private and corporate donations (nearly 200,000 euros), these contributions made up almost half of the project’s revenue.

The rest came from a variety of sources. Almost 300,000 euros was generated by advertising, and a further 130,000 euros by individuals taking advantage of the option to assign 2% of their Personal Income Tax to Freedom TV. Other sources of income were project funding (nearly 100,000 euros) and ticket sales (nearly 40,000 euros).

The importance of personality

A key factor in the success of Freedom TV is without a doubt the strong personalities involved in the project.

First and foremost among these is Freedom TV’s founder Andrius Tapinas. The way in which he was deprived of his show on LRT and was spurred on by this to create his own TV channel attracted a lot of media attention and earned him a very high level of public support. Since then, he has been named as one of the most influential journalists in Lithuania three years in a row (2017, 2018, 2019) and has acquired a large number of followers (more than 158,000) on Facebook.

Freedom TV’s success means that it has been able to attract many other influential and prominent Lithuanian journalists, who have created their own programmes under the umbrella of a highly visible online TV brand.

All of which goes to show that when it comes to the question of trust in the media and persuading people to pay for online content, strong personalities, common values and a sense of community really do matter.

If you liked this story, you may also be interested in Audience Engagement: Now Essential For Journalists (And Politicians).

Liga Ozolina is a PhD student on the Communication Management Program at Turiba University, Riga. She was previously the editor of the EJO's Latvian-language site and has also worked on Diena - one of Latvia's largest daily newspapers - and for various online media outlets. Her academic interests include journalists' professional identity, entrepreneurial journalism, online journalism and new media business models.
» Media and Politics, Media Economics, Recent » Journalism with a sense of mission:...