What Is ‘Quality’ Journalism? 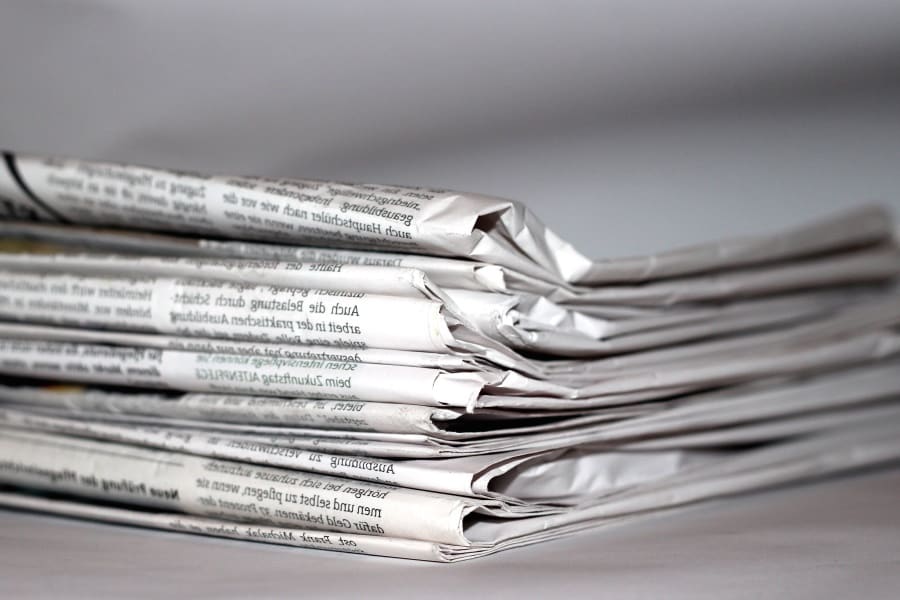 Quality is the key word for journalism right now, but it can mean nothing.

At a recent Google Newsgeist conference in Lisbon of 150+ journalism and tech people it threaded its way through the conversations about how ‘good’ journalism can survive and thrive in an age of misinformation, competition and distraction. Here’s some thoughts sparked by that gathering.

Most of us like to assume our journalism is ‘quality’ and we are looking for ways to get more attention (and reward) for it. Increasingly, that means thinking about whether networks and platforms such as Facebook, Youtube and Twitter should help in the sifting process. But it also means designing engagement to connect the users to the ‘quality’ content instead of all that other low-grade and even misleading rubbish out there clogging up the information arteries. I would argue that we should go back a step and think strategically about what we mean by ‘quality’ in the first place.

Tech companies like Apple have realised this with their recent innovations to improve their news aggregator and even to help shape the economy of attention and traffic on the various devices they produce.

Journalism credibility initiatives such as the Trust Project are developing ‘signals’ or ‘trust indicators’ that promote ‘transparency standards that help you easily assess the quality and credibility of journalism.’ News organisations themselves are getting much better at helping their customers to find the ‘quality’ content they produce through tailored engagement such as email news letters or personalised apps.

But what does ‘quality’ mean to the news consumer?

‘Quality news’ used to mean ‘broadsheet’ (in the days when we had big newspapers) and implied elite, serious, important journalism. It was, somehow defined (usually by the journalists themselves), by ‘not’ being populist, entertaining, or about ‘trivial’ subjects. But what is it in an age when the personal and emotional, the subjective and the immediate are significant drivers of public interest, debate and understanding of events? And how do we find it in an age of disintermediated, distributed, on-demand journalism that is blended into our individual, AI-driven news streams or feeds and recommendation engines?

Quality means the nature of things. That’s a bit general. How about, ‘it’s not quantity?’ The trouble with that is that for a news organisation quantity (or reach) still matters when you are thinking about what you can afford to produce. Or how much time each user has to consume. Or how you are going to pay for it. Even niche publishers need enough quantity to generate the revenue.

For the moment, let’s put aside the value judgement that somehow implies that ‘quality’ journalism is ‘better’ and focus on its nature in a practical, editorial sense. How can we give the consumer a higher ‘quality’ experience?

It doesn’t matter how valuable the ‘quality’ of your content is if people don’t consume it. This is now partly in the hands of others if you rely on search or social networks. One of the most interesting conversations at Newsgeist was with the ‘platforms’ and the efforts they are making to ‘uprank’ quality content and to make it easier to identify and download. Those platforms may be getting better at sorting out misformation and offensive or harmful content. But they are not so well equipped editorially to assess the value of what is left. And anyway, do you want to give them that responsibility?

The first step is that eternal journalistic imperative: make it ‘readable’. That means eradicating friction and confusion from the split second choice between access and clicking away. That’s about content as well as the interface. A couple of hundred words from Axios may be better ‘quality’ for a hard-pressed user than that lovingly crafted long-form scrolling interactive with its unedited five paragraph scene-setting intro.

Most digital newsrooms are working hard on this but why, or why, do you then cover your articles with attention-killing pop-up adverts?

Platforms may be getting better at sorting out misformation. But they are not so well equipped editorially to assess the value of what is left.

This is primarily about personalisation. This may mean less is more. Too much choice can be counter-productive. Hence the limited headline stories and stand-alone summaries offered by an app like CompassNews. They throw in some AI-driven personalisation of publisher’s articles on the curated topics that allow you to follow your own interests, but the starting point is still a human-centred editorial judgement.

But that has to be part on an on-going service that allows for feedback, interaction, and engagement. For example, the London Times has Facebook groups around topics, some now run by readers themselves. Others focus more on the subscription funnel. But that has to be more than just a revenue-raising exercise. What are you doing to measure the ‘quality’ of your service six months after sign up?

‘News’ as the reporting of something happening is now instantly distributed. Breaking news will be a valuable service for some media organisations but in an immediately connected world, the real opportunity for added value is context, analysis, and commentary. It is also expertise, research, experience as well as novelty. Investigate and reveal. Stop duplicating.

That might mean paying more attention to the 30% (or whatever) of your production that finds no audience. Audience data may help you to raise up the articles that are less-attended or to find better ways to justify them. But it might mean you should be doing something else with your resource and your users’ time? Leave the routine to automation.

Users are all different. Individuals are different at different times of their day or lives. Filter bubbles are an opportunity. I don’t understand why we worry about them. Research shows that social media users actually use more sources, not fewer. Yes, you might want to challenge their biases, but first of all, understand where they start from. In that sense, I would say that the best popular mass-circulation tabloids are ‘quality’ news. They are often brilliant at making political news relevant to an audience demographic that might not be so interested in mainstream politics. You might not always like how they do it, but their ability to engage a large (and often diverse) audience can be instructive.

We misunderstand why people consume news. It might be to be ‘informed’. The ‘labour’ of consuming news can be a reward in itself. That is good news for journalists who produce evidence-based reporting. But it is also about ritual, fun, spectacle, solving problems, and enjoyment. Stop treating those reasons as less ‘quality’. We want to go to the gym but we also enjoy sunbathing.

If newsrooms could understand better the effect they have on people’s lives then they might better realise their value to people and communities.

People don’t always know what they want. Surprise them. Surely a key quality value of news is to be told what you didn’t know or didn’t even know you wanted to know? And to create diversity you have to keep shaking up your own assumptions and systems. I loved the Norwegian newsroom that made all their desks swap around for a day. Sports reporters doing politics and so on. Apparently traffic went up. Refresh. Get off Twitter. Hire differently. The strongest ‘echo chamber’ is often the newsroom itself.

We think of quality as content and consumption but what about the effects of your journalism? Universities are now obliged to measure the ‘impact’ of research and there are formal measures such as citation or references in policy papers or legislation. If newsrooms could understand better the effect they have on people’s lives then they might better realise their value to people and communities. Journalists have belatedly started talking to the public about the importance of their work to democracy and the health of society. But what evidence do you have beyond self-preservation? Have you asked your users?

Traditionally, we have downgraded emotional journalism as, at its worst, ‘sensationalism’ but emotions, feelings, identity, and values are vital parts of the quality of people’s lives and their media experience. Take it seriously. I have long argued for ‘emotionally networked’ journalism and the evidence is that it works, even in a serious subject setting.

The classic idea of news is shifting to the point where some people just don’t like it any more.

One highly successful news app now has an algorithm that uses sentiment analysis of articles to construct a personalised news stream for users that gives them an emotionally-balanced ‘symphony’ of content. The idea is to give a psychologically varied experience. Consumption rates have improved.

Neva Labs is working hard on the wider ‘well-being’ aspect of news, trying to create machine learning that understands how information over-load and a diet of disaster and gloom can turn off users, while a ‘healthier’ diet can improve the quality of the experience.

News is changing fundamentally in its ‘nature’ or ‘quality’. Perhaps journalism is not enough? We’ve always understood our world through other media apart from journalism. As Hossein Derakhshan points out, the classic idea of news is shifting to the point where some people just don’t like it any more. Journalists respond in how they make it, to video, data or updates. But Hossein suggests we ought to look at cultural expression that does inform and influence in other ways such as drama or even music. Perhaps it is time for newsrooms to seek collaboration with other ‘communicators’ and creatives?

This article first appeared on Charlie Beckett’s Medium page. It is republished here with the permission of the author.

Charlie Beckett is a professor in the London School of Economics Department of Media and Communications and director of the LSE’s journalism think-tank, Polis, as well as director of the LSE Truth, Trust and Technology Commission. He is on Twitter as @CharlieBeckett
» Ethics and Quality, Recent, Specialist Journalism » What Is ‘Quality’ Journalism?