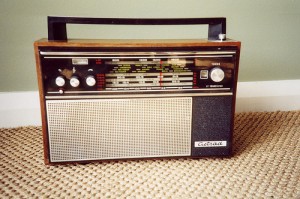 In spite of a decidedly uncertain media landscape, talk radio  – conservative talk radio in particular  – maintains a high level of success in the U.S.

Offering a level of interactivity by inviting callers to spar on-air,  successful radio shows require not only provocative hosts, but provocative callers.

While debating the quality or veracity of select political programming is surely disheartening, being able to make the distinction between informed, news-oriented dialogue and contrived, real-ish entertainment remains critical. With that in mind, consider a service offered by Premier On Call (see here for cached version of mysterious vanishing website). Premier On Call auditions actors and matches them with talk shows in need of particular types of callers. Actors are then given scripts and asked to sign confidentiality agreements.

As reported by Liel Leibovitz of Tablet Magazine:

Premiere On Call was a service offered by Premiere Radio Networks, the largest syndication company in the United States and a subsidiary of Clear Channel Communications, the entertainment and advertising giant. Premiere syndicates some of the more sterling names in radio, including Rush Limbaugh, Glenn Beck, and Sean Hannity.

‘Premiere On Call is our new custom caller service,’ read the service’s website, which disappeared as this story was being reported…’We supply voice talent to take/make your on-air calls, improvise your scenes or deliver your scripts. Using our simple online booking tool, specify the kind of voice you need, and we’ll get you the right person fast. Unless you request it, you won’t hear that same voice again for at least two months, ensuring the authenticity of your programming for avid listeners.’

One might deduce, then, that perhaps a few novel on-air gems could be less than authentic.

Of course talk radio is a business, and thus motivated by revenue. The equation is simple: conflict boosts ratings and ratings equal money. Self-adulating sourheads – dreaded by business travelers and window-seat passengers alike – are somehow valued pillars of authoritry on the radio.

Conservative talk shows may thrive in the U.S., but then again, so does professional wrestling. A combative combination of choreography and improvisation may look like the real thing (kind of), but how long can a person really be asked to disregard the physical realities of a piledriver?

Kate Nacy is the first EJO Fellow to participate the European Journalism Fellowship program at the Freie Universität Berlin. Kate Nacy works as a journalist, writer and editor. Her work has appeared in news publications as well as in literary and arts journals. She served as the European Journalism Observatory’s English Web Editor from 2008 – 2012.
» Ethics and Quality, Public Relations » Talk Radio Smackdown