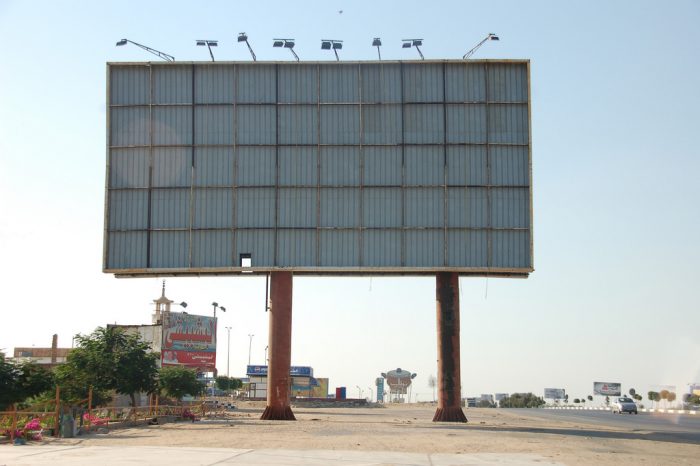 Three key 2016 reports highlight the same trend: is this the end of advertising?

Three major reports published this year highlight three separate trends that could mean the end of advertising as we know it: the increasing popularity of communication platforms, the rise of ad blockers, and the propensity of brands to communicate directly with their users.

The combined effect of those trends, outlined in reports by Mary Meeker, the Reuters Institute and Pew, may be that, in the near future, advertising could have no place in the information and communication streams individuals use, unless they specifically want it there. It is a radical change that often goes unnoticed.

As usual, this year’s Mary Meeker presentation was full of valuable insights and supporting data. But one trend, which relates to the future of advertising in the digital age, stands out: people increasingly spend their digital time on communication platforms, exchanging all sorts of content directly with their friends.

It is not simply that they have abandoned news websites or portals in favour of personally managed social networks, like Facebook, (a trend has been repeatedly recognised in the last couple of years and is also manifest in the other studies mentioned above).

Now, data indicates that people also seem to be shifting from such purely distribution platforms towards direct communication platforms, like Messenger or Snapchat.

People tend to choose to be in the digital “spaces” where they feel they have greater control of their information and communication streams. On communication platforms such as Messenger or Snapchat, individuals exchange information with one another, or with selected groups, and brand or product communication only enters “the conversation” if and when users specifically choose it.

This is an important shift. It is why this kind of communication platform increasingly integrates all sorts of additional services for the users. They can post photos or videos, but they can also call a taxi or buy a pair of trainers within the platform.

Users can choose not to see ads from brands, unless they want to

In platforms such as Messenger, Kakao or WeChat, users don’t want to see ads from brands. They just want to establish “conversations” with their friends. If they happen to talk about a pair of trainers one wants to buy, they might exchange photos, recommendations or even links about it. That is when the brand may be invited to join the “conversation”. But that’s a marketing opportunity subject to previous invitation!

This separation between a communication platform and a distribution platform is subtle, but very important. It helps to explain why Facebook chose to separate Messenger from the social network itself and so aggressively marketed the first: Facebook understood that this was an important trend and tried to position Messenger as winning contender in that “space”.

Will Facebook make as much money on Messenger as it does on the social networks? It’s difficult to know. Just now, it seems doubtful that traditional digital advertising formats will ever be as effective on communication platforms as they are in distribution platforms.

If these platforms become profitable, it is unlikely to be through traditional advertising, but rather via a direct connection between a brand and its users, upon invitation. Messenger will benefit from being the platform where they both meet. The key issue is the greater degree of control that users exert on communication platforms, in relation to the one they have on distribution platforms like Facebook.

The second major trend all studies point to is the rise of ad blockers. The fact is this: people use ad blockers whenever they can and as soon as they learn how to. That is why the numbers reflect a greater penetration of the use of ad blocking among younger users, who are more technically savvy. The significance of this is that ad blockers will be more widely used in the future, not less, thus degrading even more the media business models that depend on advertising.

So why do people use ad blockers? The simple answer is: because they can. Again, ad blockers are a tool that individuals can use to exercise a greater degree of control over their information streams. They will block ads in the platforms and contexts in which they do not want ads do appear. They will allow ads only when they specifically want them to enter the stream.

Another “ad blocking effect” is provided by the content curation platforms (Reddit, Scoop.it, Flipboard, etc.) that individuals increasingly use. These allow them to regulate what kind of content they want to preferably include, or exclude, from their streams.

The third major trend that has an impact on advertising is the tendency for brands to create direct relationships with their users inside the communication platforms. This is observable both in Messenger and in Snapchat, for instance.

From a user’s point of view this is a form of absolute control over that marketing relationship: the connection with a brand and its products only exists if, and when, the user wants it. From the brand’s point of view this is a limitation – the contact opportunities are fewer than could be obtained through advertising – but it is also a richer marketing opportunity – when a user invites a brand to join “the conversation” that’s usually because it is closer to the conversion goal.

Overall, what stands out from this kind of connection between a brand and its users is disintermediation. The connection between the brand and its users, previously intermediated between news media channels, can now be directly established using these new communication tools and platforms. This of course disintermediates the news media channels, but also the advertising professionalism that grew precisely to put commercial messages in that intermediation.

For a marketing professional, this means that, in a world where individuals are increasingly capable of domesticating their information and communication streams with digital tools, they establish relationships through them rather than simply exchanging information. Which means that marketing must also become “relational”. And that will be something quite different than what we today call “advertising”.

The end of advertising as we know it.

News and advertising are Siamese twins. Throughout history they have established a symbiotic relationship: news media depend on advertising for funding; advertising depends on news media to reach the audiences it wants to impact.

This symbiosis between them is a rational arrangement for the mass media age. But it is no longer a rational arrangement for the digital age, with users controlling the process and accessing multiple tools to do so. That’s what the increasing popularity of communication platforms, the rise of ad blockers and content curation and the direct connection between brands and users really mean.

In media theory, advertising is – and always was – something that you put between A and B. Which implies that neither A or B would want advertising in the first place and both A and B will get rid of it if they can. Advertising is, in a way, the result of an imperfection. It’s the collateral effect of a system that is not entirely rational. If the system that connects A to B was perfect, advertising would make no sense.

This is the fundamental change that explains why it may well be the end of advertising as we know it. Of course brands, products and services will continue to connect with users. But it will be in novel and different ways that we should not call “advertising”.

José Moreno is Multimedia Director at Motorpress Lisboa, a publishing company, where he is responsible for the development of new digital information products and services. He has a degree in Social Communication from ISCPT-UTL and a master in Communication, Culture and Information Technologies from ISCTE-IUL. He studies issues related to information and communication digital technologies and its social implications. He is married, father of two boys and lives in Lisbon, Portugal.
» Digital News, Latest stories, Media Economics » Research: How (Digital) Conversation Is Killing...