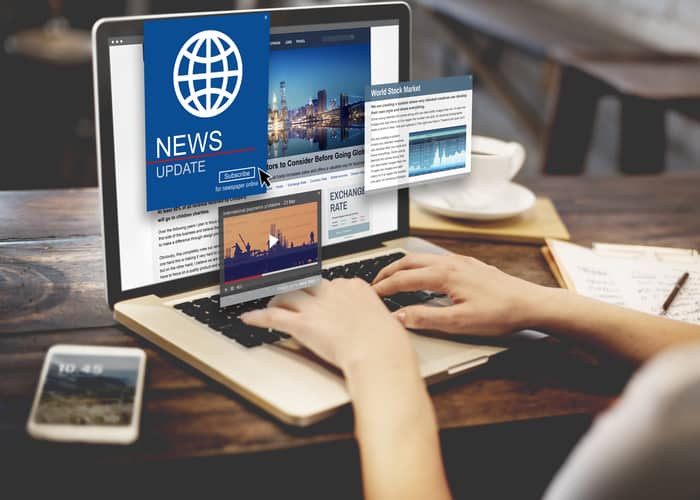 The outsized role played by tech giants on the global media scene was thrown into sharp relief in February when Facebook shut down news access to its platform in Australia, plunging the digital scene into chaos. Mark Zuckerberg’s organisation flexed its muscles in opposition to the draft News Media Bargaining Code unveiled by the Canberra government, designed to force tech companies to pay for news disseminated through their platforms.

The impact of Silicon Valley’s technology companies’ influence 0n the media has profound implications, not just for media sustainability but also for democracy. While journalists continue to face direct threats in many parts of the world, in the digital age, journalism and media organisations also face softer forms of control that can lead to self-censorship. This has been described as a form of “media capture” – which refers to how autocrats and corporations insidiously promote their interests by shaping the media landscape and undermining journalism independence.

A comprehensive overview of media capture today and how it undermines the Fourth Estate’s ability to fulfill its mission as democracy’s watchdog can be found in Media Capture: How Money, Digital Platforms and Governments Control the News – published in June by Columbia University Press. It’s the third volume I’ve edited on this topic and focuses not just on the issues created by the power of big tech but also on some solutions to these challenges.

From the slow decline of local news to the misinformation peddled by tabloids in the UK and television channels like Fox News in the US to the role played by foundations and philanthropists – both positive and negative – the book paints a broad picture of an underfunded and vulnerable media landscape. We include chapters on the dire situation of press freedom and government influence in Turkey and India; and an in-depth look at how the Evening Standard sold favourable news coverage to Uber and Google.

In another chapter, Andrea Gabor writes about how big philanthropies such as the Bill and Melinda Gates Foundation and the Eli and Edythe Broad Foundation have funded online journalism sites and news articles about education. Many of these efforts had an agenda: promoting charter schools and undermining teachers’ unions and public education.

Rana Foroohar, Noam Cohen, and Emily Bell all talk about the threat that big tech poses for independent journalism. As explained in our new book on media capture, news dissemination is only part of the way tech giants influence the media sphere. These companies often own the digital infrastructure that underpins the flow of information. Their influence also extends to funding journalism initiatives and events in ways that can support media diversity but may also serve their interests.

But despite this gloomy picture, our publication also highlights the greater diversity of the media scene in the digital age and offers ideas on how to sustain independent media.

In Australia, the government ended up amending the law to suit Facebook and end the standoff. The revised legislation came into force in March. Google was also opposed to the Code, but it chose a less confrontational approach, opting to negotiate with major media companies in Australia, including Rupert Murdoch’s News Corp. Google also signed revenue-sharing deals with news outlets in France and is expanding their ‘Showcase’ licensing arrangements – purportedly with many strings attached, raising more feats of capture.

So, is Australia’s new law forcing digital platforms to pay for the news they distribute a model for other countries to follow? Can it provide much-needed revenues to struggling media outlets in search of new business models? Critics of the News Media Bargaining Code say it benefits large news organisations like Murdoch’s News Corp but does not offer enough support to smaller media outlets. Conversations with competition ministers from around the world suggest that countries will pursue different measures – with the UK’s Digital Markets Unit planning codes of conduct and Europe emphasising the European Copyright Directive.

While far from perfect, Australia’s new law is an important step toward redressing the growing power imbalance between Silicon Valley and media organisations. But it’s clear that much more will need to be done. In our book, we include a section of possible solutions, with Mark Nelson from the Center of International Media Assistance calling for media development and freedom of expression groups to get involved in designing regulations and government policies.

We also feature Organized Crime and Corruption Reporting Project’s Drew Sullivan, who outlines a plan to create a trust fund to support investigative journalism. And after surveying the financial wreckage that is local (and most other) commercial journalism, Dean Starkman, a senior editor at the International Consortium of Investigative Journalists, proposes a solution from the unlikeliest of places – Hungary. Here, a tax law passed in the liberal, hopeful ’90s is helping to keep independent journalism alive under an increasingly authoritarian regime.

The financial problems facing journalism and the political pressures have contributed to media capture in many parts of the world, but there is also creative thinking about possible solutions.

Thanks to Nicole Pope and Chloe Oldham for their assistance with this piece.

If you liked this story, you may also be interested in: Spies, Spin and Brexit