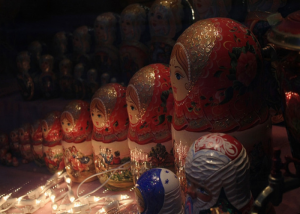 Russian-speaking journalists working in Estonia believe they act as mediators between Estonians and Russian-speakers in the country, but do not feel they can represent the Russian minority or help them to socially integrate, according to new research.

Estonia’s media, as in many former Soviet states, has largely operated in two languages since the country restored its independence in 1991. Russian-speaking journalists write for, and broadcast to, the minority (25%) of the population who are native Russian speakers. Estonian-speaking journalists cater for nearly everyone else.

These two separate media systems – combined with the fact that a significant number of Russian-speakers do not have Estonian citizenship and 16% say they do not understand any Estonian – is having a profound impact upon Estonian society, according to Epp Lauk, and Maria Jufereva of the University of Jyväskylä, Finland.

They describe Estonian and Russian-speaking communities as living “side by side, using different information channels and having little in common”.

Social integration has been a key issue for small Baltic countries, especially Latvia and Estonia, since the early 1990s. In both countries more a quarter of the population are Russian speakers (an effect of Soviet Union migration policy after the second world war).

Recent events in Crimea and the current military conflict in Eastern Ukraine have confirmed the political impact a Russian-speaking minority can have upon a post-Soviet state. Events in Ukraine showed the crucial role played by the country’s Russian-speaking media in supporting Russia’s political agenda.

In Minority Language Media and Journalists in the Context of Societal Integration in Estonia Lauk and Jufereva examine whether journalists can play any role in bringing Estonia’s two communities together.

The authors believe the gap could be bridged if Russian-speaking journalists acted as mediators: increasing their coverage of Estonian issues and events in the Russian-language media; but also if they acted as representatives: by better expressing the views and expectations of the Russophone minority to the Estonia majority.

The authors surveyed 100 Russian-speaking journalists working in Estonia. They were asked about their current professional status and whether they thought they could play a role in social integration. Additionally, 11 in-depth interviews were conducted with journalists of different ages and levels of work experience.

Additionally, they don’t usually cooperate with their Estonian colleagues. Most, (83%) are not members of the Estonian Journalists’ Union and nearly 30% of Russian-speaking journalists are not familiar with the Code of Ethics of Estonian Journalism. Language barriers also play an important role – almost 20% of surveyed journalists don’t speak any Estonian (ie their knowledge of this language is passive or non-existent).

However, most of respondents see themselves as mediators between Estonian and Russian communities. Most perceive “discussing and explaining the problems of Estonian society in the Russian-language media” (94 %), “reporting on Estonian culture and history” (84 %) and “helping the Russophone population to feel that they are part of Estonian society” (83 %) as a key part of their job.

In comparison, for example only 77% see themselves as “watchdogs”.

Russian-speaking journalists do not believe that they can represent the Russian language minority in Estonia. Most (88%) said Russian-speaking media has no influence on Estonian government decisions. Almost 50% of respondents believe Russian-language media does not promote social integration in the country.

Michal Kuś is the project director and editor of the EJO Polish website. He is also an assistant professor in the Department of Communication and Journalism (Institute of Political Science, University of Wrocław). His research focuses on media systems, with a special emphasis on media control, ownership and deregulation, the relationship between media and politics, and political communication.
» Latest stories, Media and Politics » Estonia: Can Russian-Speaking Journalists Help Two...