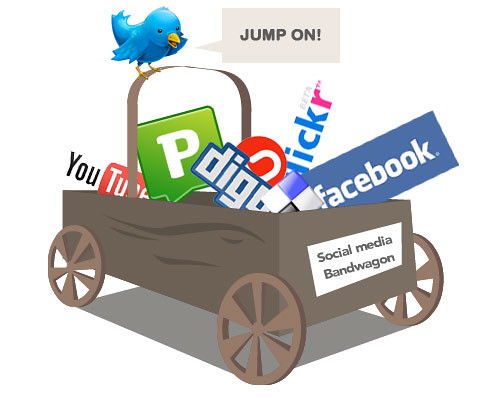 We know the differences between YouTube and the Financial Times are voluminous.

And yes, we’ve also learned that people are doing more with YouTube than searching for videos of spastic housecats swinging from ceiling fans. But what’s behind these differences between social media and the traditional press? And what exchanges take place among various news mediums, old and new? In a recent study, “How Blogs and Social Media Agents Relate and Differ from the Traditional Press,” the Pew Research Center’s Project for Excellence in Journalism  gathered a year of data on the top news stories discussed and linked to on blogs and social media pages. They’ve also analyzed seven months’ worth of news stories on Twitter, and a year of the most viewed news-related videos on YouTube.

The study’s principle finding was that indeed, the stories and issues that acquire buzz in social media differ substantially from those that lead in the mainstream press. Like the noncommital Web news consumer, across all three social platforms attention spans were deemed brief. Social media doesn’t linger for long on any one story. On blogs, 53 percent of the lead stories in a given week stay on the list no more than three days. On Twitter this is the case for 72 percent of lead stories, and more than half are on the list for just 24 hours.

In the year observed, bloggers tended to zero in on stories with emotional impact or those that flare ideological passions.  Twitterers stuck to technology as a central focus, with less attention to politics. YouTube was noted for having a broader international mix. A quarter of the most-watched news videos were of non-U.S. events.

For more on the study, see PEJ.

Kate Nacy is the first EJO Fellow to participate the European Journalism Fellowship program at the Freie Universität Berlin. Kate Nacy works as a journalist, writer and editor. Her work has appeared in news publications as well as in literary and arts journals. She served as the European Journalism Observatory’s English Web Editor from 2008 – 2012.
» Digital News » News Across Media Platforms