Engaged journalism takes off in Romania 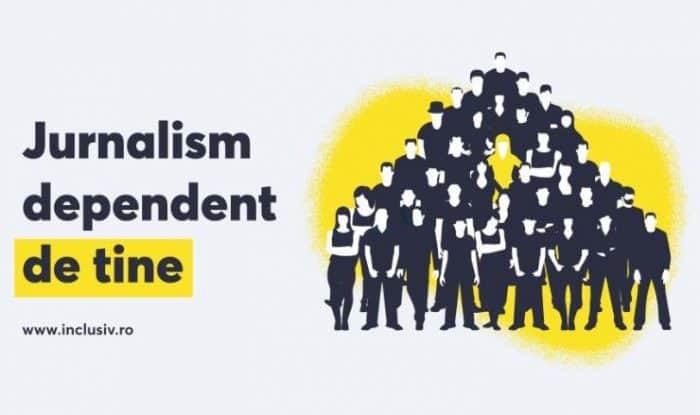 “Journalism depends on you” – Inclusiv urges potential readers to become partners in the project.

In the spring of 2019, around 1600 Romanians signed up to be part of a new journalistic project – one whose goal is to be as inclusive as possible by involving its readers in the initiation and production of content. The inspiration for Inclusiv came from engaged journalism startups such as De Correspondent in the Netherlands and Reporter in Luxemburg – projects that place audience participation at the heart of their journalistic mission. “You are our partner, not a consumer,” Inclusiv tells its audience. The team goes on to explain that it depends on its readers’ expert knowledge and willingness to contribute story ideas: “You are an expert in your area of activity. We need you to understand complex topics that are unfamiliar to us.”

It is this community-based approach to journalism that makes Inclusiv – which launched in October – such an innovative project in Romania. The eight-step process outlined on the website explains how readers can make a contribution to stories in many different ways, from suggesting ideas to helping with research and investigations. The overwhelming response to Inclusiv’s initial call-to-action makes it effectively “the biggest newsroom in the country”, as the website proudly proclaims.

The startup is of course dependent on its readers for more than just story ideas and expertise. Inclusiv’s membership recruitment campaign succeeded in raising in just three months the 100,000 euros necessary for launch – no mean feat in a country where people are in general reluctant to pay for online content. This is perhaps evidence of an untapped audience for the concept of engaged journalism as well as of a willingness to try the membership funding model.

“The biggest newsroom in Romania” – Inclusiv‘s membership recruitment campaign was a resounding success.

The Inclusiv audience is quite young. Most of the members are aged between 25 and 35, though a few are in the 36-45 age group. They are mostly educated city dwellers who already have access to a wide range of sources of information. They are often proficient in foreign languages such as English or French and are aware of what is happening outside the country. They consume a diverse range of media and their media diet includes formats such as podcasts and narrative journalism.

Romanians outside this demographic group, especially those living in small towns and villages, do not have access to such a wide range of types of media. Teenagers rely more heavily on social media as their main source of information, while people in the 55+ age range get their news almost entirely from mainstream commercial television.

The Inclusiv team is aware that the project’s membership is not exactly representative of the Romanian population as a whole, but for now the priority is to focus on topics that are of particular interest to the current membership – the healthcare system, migration and environmental issues. Stefan Mako, one of Inclusiv’s founders and currently coordinator of the project, told EJO that it will take around two to three years to reach a wider public.

Tactics for encouraging members to become involved in Inclusiv’s content include inviting them to take part in surveys and organizing offline meetings. Online engagement is encouraged via the “Discussions” page, where members are invited to contribute suggestions, leads and expert knowledge. Response to this innovation is gradually gathering pace, and some topics – for example, a discussion point on the state of the Romanian labour market – have attracted some quite lengthy contributions.

Inclusiv aims to deliver its content in a wide range of formats: in addition to long-form stories, the site carries podcasts, infographics and videos. This diverse range is impressive – considering that the project has just twelve employees, five of whom are journalists – and demonstrates the team’s varied skillset. In addition to the journalists on the staff, Inclusiv also employs audio-visual, design, programming and management experts.

In common with other journalistic startups that have opted for the membership funding model, Inclusiv believes that not being dependent on either advertising or state or corporate funding gives it maximum editorial freedom. Mako does not rule out seeking grant-based funding in the future, but says that the support of members allows journalists to retain greater control over content: “We will be interested… in funding or grants that allow us to develop our infrastructure or our tools, but we want to keep our editorial [work] financed exclusively by our audience,” he told EJO. 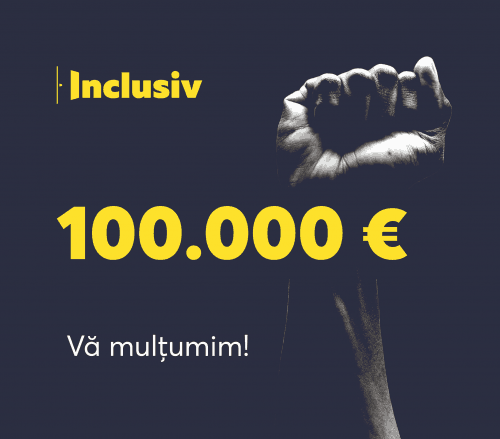 “Thank you!” The initial membership recruitment drive raised 100,000 euros, which made it possible for Inclusiv to launch in October 2019

In the interests of achieving financial stability, Inclusiv took the gamble of asking potential members to commit to pledging support for at least a year, not just on a month-by-month basis. “We asked for money in advance: instead of going for micro contributions, like monthly payments, we asked for an upfront annual payment which obviously decreased the total number of our members, but it helped us make the project viable from day one,” Mako said. The gamble appears to have paid off, as 97.5% of the membership is on a recurring basis, meaning that the vast majority are prepared to commit the same amount of money next year as well.

The project has ideas for generating additional revenue in other ways, such as building a co-working space in its rented headquarters, which should bring in some extra income soon. “Membership will continue to be one of our most important financial tools, but we want to be able to create other revenue streams, to enable us to cover at least 25% of our costs,” Mako explained, while insisting that all such sources of income would be controlled by Inclusiv itself.

If you liked this story, you may also be interested in Can Crowdfunding Save Romania’s Independent Media?

Dumitrita Holdis is currently based in Bucharest, where she is a project manager for the Romanian Center for Independent Journalism (CJI). She specialises in media funding models and media policy, and occasionally makes podcasts on media-related topics.
» Business Models, Recent, Specialist Journalism » Engaged journalism takes off in Romania