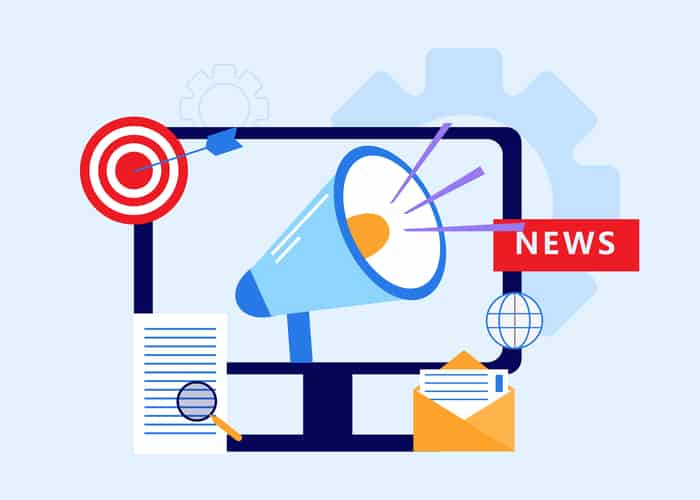 Social media, search engines and other digital platforms are an entrenched part of our daily lives: Not only do they influence how we engage with each other, but also how we perceive the world and form opinions.

According to a report from Prof Dr Birgit Stark, social media platforms are now as powerful as traditional media and the domination of digital platforms is a threat to the media market. So how can European media outlets regain their power and protect high-quality journalism? One approach is a collaboration between media outlets in Europe. For example, the news channel ‘Euronews’, formed in 1992 by broadcasters from ten nations, aimed to establish a pan- European perspective on financial markets, while the French-German TV channel‚ Arte’ was founded to promote the cultural understanding of German and French people.

In a scientific paper for the Media and Communication Report 2021 by the German government, experts explore this strategy of collaboration. They recommend cooperative media platforms oriented toward the common good. Such platforms, they say, could link TV, digital, radio and print content, increase their online visibility and be governed by an agreed set of values. Prof. Dr Christoph Neuberger from the Freie Universität Berlin und Weizenbaum-Institut, is one of the authors of the report.

In an interview with EJO-fellow Olivia Samnick, Dr Neuberger examines the threats posed by social media and search engine platforms and explores the concept of a European media online platform.

EJO: It’s hard to imagine most people getting through the day without Facebook, Instagram or Google. So, how big is the impact of digital platforms on European journalism?

Dr Neuberger: Large! By platforms, I mean both social media and search engines like Google. These platforms strongly determine how people use news. A good quarter of young people, say they use social media as their main source of news.

Everyone who uses platforms – not just media outlets but also companies, social movements, politicians – can be perceived in equal measure as a disseminator of news.

EJO: What is the problem with this?

Dr Neuberger: First, on current platforms, it’s up to each person to decide what they take to be news. Fake news, conspiracy theory and real news can easily be confused. Second, journalism is dependent on these platforms.

EJO: To what extent is journalism reliant on these platforms?

Dr Neuberger: Journalists and media companies interact with audiences on digital platforms. They promote their content and do their research for articles. The platforms provide the infrastructure for these activities. At the same time, journalism has no influence on how this infrastructure functions.

EJO: How does this reliance on these platforms impact journalism?

Dr Neuberger: Both the audience’s dwindling willingness to pay for journalistic content and the slump in the advertising market are linked to the rise of digital platforms. Social media users are used to free content. Online advertising is putting pressure on the traditional advertising market, through which journalism was predominantly financed.

Furthermore, media companies struggle to manage and maintain their brand amid the flood of news bombarding users. Journalism thrives on the bond with the audience. Trust is very important. After all, the audience only has a limited ability to check for itself what is in the newspapers. This connection to the medium of origin does not exist with current social media and search engine platforms.

EJO: What are the options for breaking this dependency relationship between journalism and platforms?

Dr Neuberger: One possibility is regulatory measures for the platforms, such as the Network Enforcement Act in Germany. This is intended to combat hate crime and tackle other potentially illegal content more effectively on social media. The other option is to create journalistic platforms yourself as a better alternative.

EJO: What are the advantages of having a journalistic platform for Europe?

Dr Neuberger: The economic motives driving existing platforms such as Facebook would be replaced by a clear public service mission, similar to that of public broadcasting. A common, Europe-wide platform can also increase the reach of an individual medium. Furthermore, such a platform can provide technical resources that do not exist on current social media and search engine platforms. This gives a medium new creative possibilities and new rights of co-determination. Europe’s cultural diversity would also be presented, thus providing the opportunity to develop a common European understanding.

EJO: What could such a media platform for Europe look like?

Dr Neuberger: In my opinion, there will not be one media platform but several experimental platforms. Certainly, not just anyone would be allowed to be active on it. Restrictions could prevent pseudo-journalism – for example news that pretends to be quality journalism but is not.

EJO: Is the idea to create a European media library?

Dr Neuberger: In my view, a media platform would not just be a media library, where different media outlets can make their content visible. This platform would have to go beyond that.

EJO: How would it accomplish this?

Dr Neuberger: Moderation and navigation are becoming increasingly important on the Internet. One task would be to warn against fake news.

EJO: Your publication suggests that a European media platform would have to be oriented toward the common good. To what extent do values play a role in achieving this goal?

Dr Neuberger: Common good means the values of liberal democracy – for example, Article 5 of Germany’s Basic Law, which guarantees communications freedoms. These values would then be the prerequisite for a platform – bearing in mind that in certain countries, such as Hungary, negotiation is fundamentally difficult.

EJO: What other values are important when designing a platform for journalism?

Dr Neuberger: News quality, diversity, equality, inclusion, and distribution of opinion power are some of the values we discussed in the paper. On the current platforms, these have come up short.

EJO: In the EU alone, there are 24 recognised official and working languages. The report points out that automated translation systems would need to be significantly developed to enable publications in the respective native languages to be shared across countries. What else needs to be considered?

Dr Neuberger: What form can project funding take? How can funding be guaranteed? How can content be designed to attract a large audience? These are all questions that need to be addressed in addition to the language barrier for the development of European media platforms.

If you liked this story, you may also be interested in: How newsletter production is turning journalists into entrepreneurs

Olivia Samnick, MA Journalism, Media, and Communications, is a journalist based in Germany. Her work includes multimedia publications in Germany's leading news magazine SPIEGEL ONLINE, and the leading reportage magazine GEO, as well as documentaries on refugees and migration. She joined EJO as a fellow in 2021. Website: www.oliviasamnick.com
» Digital News, Recent, Technology » EJO INTERVIEW: Why European media outlets...