Lebanon: Coronavirus and the media 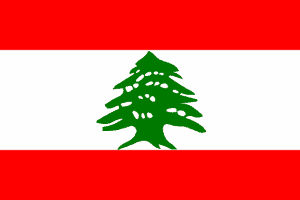 For a brief period after the WHO declared Covid-19 a pandemic, Lebanon’s highly partisan legacy media temporarily set aside their usual politicised approach and instead focused on the common goal of raising public awareness of the seriousness of the health emergency.

The timing of Covid-19’s arrival in Lebanon could hardly have been worse. The country had just been through a massive political upheaval and was still in the grip of the worst economic crisis in its recent history. With Lebanon on the verge of bankruptcy, banks teetered on the edge of collapse and unemployment skyrocketed. As if that were not enough, the government that came to power in the aftermath of last October’s uprising also faced the challenge posed by the presence of more than 1.5 million Syrian and Palestinian refugees, in a country whose population numbers less than 7 million. Yet ironically, the political earthquake may have put Lebanon in a better position to deal with the pandemic than it would have been had the coronavirus come along sooner.

The new government is that rare beast in Lebanon – a mostly technocratic government headed by a university professor and largely staffed by academics and specialists. Many scientists who took part in the uprising have also become advisers to the government. Lebanese politics have traditionally been deeply divided along sectarian lines, as the country’s major religious sects – each of which have influential geopolitical allies such as the regional rivals Iran and Saudi Arabia – have jostled for power. The government toppled in October was, like many of its predecessors, made up of career politicians from different parties who put party interest first rather than working together as a team.

Lebanon’s news media have traditionally reflected the country’s confessional politics and sectarian societal composition. The partisan legacy media are allied to the major political groups that in turn represent the main religious groupings. At the beginning of the Covid-19 outbreak in the country, coverage of the pandemic followed typically partisan lines. For a short period during March and April, the normal politicisation of the issue was briefly set aside before a return to business as usual in May.

While some critics have questioned whether the new government is politically entirely neutral, its technocratic nature meant that it was able to work as a unified team and mount a coherent response to the pandemic, instead of being distracted by internal divisions. The government moved swiftly and set up a national committee tasked with handling Lebanon’s Covid-19 response on 31 January 2020, three weeks before the first case of the disease was confirmed in the country. The committee’s mission was to coordinate preparations for the arrival of the pandemic as a multi-ministerial public-private partnership, and its motto was “a whole government response.”

Despite this, the first confirmed Covid-19 case in Lebanon (on 21 February) still triggered public panic and an explosion of social media postings that facilitated the spread of rumours, exaggerated infection numbers, conspiracy theories and false information. Using Facebook and WhatsApp, many Lebanese people shared dramatic fake videos of sick people collapsing, inaccurate reports about school closures, transmission and prevention methods, fake messages of infected people wanted by the police, and false news reports about infected individuals in major hospitals and at public venues such as the Casino du Liban.

The pandemic quickly dominated the news agenda in legacy media. At first, newscasts often adopted a cynical tone, particularly in relation to the government’s handling of the crisis. Coverage often had a partisan and sectarian slant. The news that the first infected person was a Shia Muslim woman returning from pilgrimage in Iran gave rise to sectarian rhetoric and prompted calls for the border with Iran to be closed.

Reassurances from health minister Hamad Hasan – a Shia Muslim seen as a supporter of the powerful political group Hezbollah, which is backed by Iran – were met with sarcasm and political mudslinging. Some news outlets accused the minister of importing the virus from Iran. Social media posts accused Lebanese Shia of spreading the virus. Not long after this, reports about infections linked to two Jesuit priests generated a different kind of sectarian coverage and social media postings targeting Christian groups.

This first phase of pandemic coverage was characterised by a sectarian polarisation that saw the government and Hezbollah accused by a number of media outlets of endangering public safety. However, once the WHO declared Covid-19 a pandemic on 11 March, partisan differences were largely set aside. Legacy commercial TV channels such as LBCI, MTV and al-Jadeed took up the cause of educating the public with zeal. The “Stay Home” hashtag became ubiquitous on mobile phones, television screens and social media platforms, and was used by TV channels to launch awareness campaigns. An LBCI news anchor poured scorn on people who were not heeding the advice to stay at home, while the main MTV news programme overstepped its authority and unilaterally declared a state of emergency, which the government itself had declined to do.

Initially, reports on infection rates and fatalities often contradicted each other, but these later gave way to consistent and accurate reports based on official statistics issued by Beirut’s public hospital and a central website set up by the information ministry in collaboration with the Army and the health ministry. Many news outlets drew on this website for their Covid-19 news updates. They also used public service announcements and factchecking sites focused on debunking coronavirus-related rumours.

The media regularly carried reports devoted to treatment methods, how the disease affects people, and the possible development of a vaccine. Interviews with doctors and healthcare professionals also became ubiquitous. For some time, Lebanese media led public mobilisation efforts and news relating to the pandemic almost drowned out the usual sectarian bickering.

The Lebanese government won praise in the international media for its swift and decisive action in tackling the outbreak, which meant it was able to keep the country’s death rate from Covid-19 much lower than in many other countries. But by May, with the economy in a worse state than ever and almost half the population living below the poverty line, this was beginning to seem like a hollow victory – something that opposition groups lost no time in highlighting. As the economic situation continued to deteriorate, street protests started up once more, and media coverage of the pandemic gradually became more partisan and politicised again.

The same authors’ “Mitigating Infodemics – a working paper on media and communication uses in Lebanon during the Covid-19 pandemic” can be downloaded from the website of the Institute of Media Research and Training (IMRT) at the Lebanese American University (LAU).