A Code of Conduct in Covering Minorities 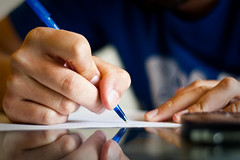 Stereotypes related to the Roma minority are often reinforced by the media.

“Gypsies are stealing,” “Politician cheats state with gypsies’ help,” “Another four Romanian gypsies invade British homes” – these are only a few headlines found in what are considered to be quality Romanian newspapers. Despite the existence of deontological codes and institutions responsible for sanctioning discriminatory remarks, such headlines against the Roma minority are not exceptional in the Romanian media.

“These headlines are profoundly discriminatory,” says the journalist George Lăcătuş, “because the ethnicity of the offenders is not relevant to the story.” Together with four Roma colleagues, Lăcătuş founded the Roma Journalists Association (RJA) in 2009. “Out of the 20 minorities co-existing in Romania, only the Roma receive negative coverage in the media,” Lăcătuş adds. “This gives the impression that the Roma are the only minority committing offenses in Romania, while the rest of the people are the ‘nice guys’.”

“By continuously mentioning the ethnicity of Roma offenders the media perpetuates the stereotypes and prejudices about this group. The media also has a tendency to generalise isolated incidents over the whole Roma population.” Lăcătuş, who in April 2012 received the honorary award of the European Civil Rights Prize of the Sinti and Roma, works as an investigative reporter for the Romanian newspaper Evenimentul zilei. In 2007, he was awarded with the grand prize of the Romanian Press Club for revealing illegal activities of the national lottery. His investigation led to the resignation of the vice-prime-minister at the time, who turned out to be involved in the affair.

In spite of these professional recognitions, Lăcătuş says that he has been the victim of discrimination on many occasions for being a Roma. “The majority of Romanians are racists and judge you only according to their preconceptions,” he says. Together with RJA, Lăcătuş is trying to fight against stereotypes and prejudices against the Roma minority in the media. The RJA also organises journalism courses for high school Roma students.

A survey published at the end of 2011 by the association Pro Democratia and ActiveWatch-The Press Monitoring Agency, revealed that 43 percent of the respondents linked the predominantly negative image of the Roma in Romanian society to the way the minority group is presented in the Romanian media, while 50 percent did not hold the media accountable for it.  Commenting on the survey, ActiveWatch project coordinator Ionuţ Codreanu said: “Half of the respondents expressed the reality as they perceive it and do not need the press to confirm what they believe.”

“Unfortunately, no one is willing to change their position. For the media, it is comfortable to exist in a potentially racist climate. Likewise, citizens with an anti-Roma bias feel supported when the mass media seems to confirm their stereotypes.”

The media coverage of the Roma needs to be analysed within the wider context of their image in Romanian society. There are officially 619,000 Roma citizens in Romania. According to estimates, however,  the real number is closer to two million, or approximately 10 percent of the population. Because of the negative image associated with the ethnic group, many people refuse to identify themselves as Roma. Even the Romanian president, Traian Băsescu, has been the subject of several investigations for uttering racist remarks.

In 2007, Băsescu confiscated the mobile phone of a reporter who had approached him in a supermarket. The phone was on and the president was caught, in a private conversation with his wife, describing the journalist as “a dirty gypsy.” Lăcătuş said that he often comes across racist articles in newspapers such as Adevărul and Jurnalul Naţional. In 2009, Jurnalul Naţional started a national campaign to raise signatures for a law which would replace the official name “rom” (Roma) by “ţigan” (gypsy). The reason given was that the word “rom” sometimes gets confused with “Romanian” so that “offenses committed by Roma abroad reflect on Romanian citizens.” The word “rom” is the accurate name for the Roma ethnic group, while “ţigan” bears a pejorative connotation. The etymology of the word dates back to 1080, when a priest described a group of nomads as “athinganos” (“untouchable,” “impure”). Between the 14th and the 19th centuries, the word “ţigan” was used to refer to Roma slaves.

Codreanu wants media organisations and professionals to be aware of the responsibility they carry towards society when reporting about the Roma minority. As for Lăcătuş, he regrets that “journalists cannot get rid of their own stereotypes and do not realise that they are not relevant for the article.”

How are Roma presented in the European press?

The Romanian article entitled “Another four gypsies from Romania invade Britian’s homes” originally appeared in the British newspaper The Daily Mail. In the British article, the offenders were described as “Romanians.” The Romanian journalist who translated it for the Romanian newspaper Gândul assumed however that they were “gypsies.” For Lăcătuş, the change was intended to generate more online traffic. While Codreanu doubted the benefit of the change in terms of profit, he admitted that “there seems to be a huge popularity for this kind of topics.”

“Case studies conducted at ActiveWatch have shown that these articles gather an important audience,” he explained. “We even identified the word “ţigan” among the tags.” In 2008, ActiveWatch carried out a comparative study on the coverage of the Roma minority between Romanian and Italian media. For a week, taking the case of Romulus Mailat as an example, they observed how Mailat, a Romanian citizen who was charged for killing an Italian woman, was described in Italy as a Romanian citizen, while the same articles translated in the Romanian press presented him as Roma.

Lăcătuş also noted differences among European media in the coverage of Roma people: “Except for the Italian media, which in my opinion is profoundly racist, the European press gives a mostly objective coverage. This is not the case in Romania, however, where articles are filled with racist remarks, stereotypes and preconceptions.”

Recent statistics reveal that the perception of Roma has registered some improvements. Codreanu acknowledged that “there is a certain attenuation of the virulence against Roma, compared to five years ago, for example.” He added however, that there are still “obsessive and cyclical topics” that come up time and again, such as issues related to begging practices and organised crime along the Romanian borders. Lăcătuş considers however that the perception of Roma has improved on paper only, but not in reality. “Just look at the comments posted online on news articles dealing with Roma.”

Lăcătuş criticises the lack of sanctions against discriminatory statements: “There are less slips on television and radio programmes because their content is overviewd by the National Audiovisual Council of Romania. In the written and digital press, however, we see a lot of racist remarks, because they go unpunished, although, theoretically, they are also forbidden by law.”

In collaboration with the Centre for Independent Journalism in Romania, Lăcătuş contributed to the elaboration in 2002 of a code of conduct for a responsible coverage of minorities. Both Lăcătuş and Codreanu believe that respecting these rules will lead to a better and more objective coverage of the Roma minority.

Guidelines for best practices in reporting about minorities

1. Respect others with regards to gender, ethnicity, level of education, age, and religious, sexual or political orientation

2. Add details such as level of education, age, and ethnicity, religious, sexual or political orientation only when relevant in the context

3. Ask interviewees how they want to be presented and respect their wish in your report

4. Avoid sensationalism based on stereotypes and prejudices

5. Identify your own stereotypes and prejudices and make sure they do not affect your reporting

6. Choose a neutral style when using information from other sources

8. Don’t let your personal experience influence you when reporting about a minority, because it is irrelevant

9. Give the same attention to all parties involved in the topic

10. Include representatives of minorities among your sources

11. Beware of the fact that there may be cultural obstacles between you and your subject matter that might block the access to information

12. Correct grammatical errors in quotes, if they put your sources in a bad light

13. Report with the strong will to create bridges of understanding between social categories, human groups and individuals

14.  Look for facts and logical explanations and not for culprits

15.  Crime and poverty do not have any ethnical colour, but they could have some systemical explanations. Dig deep inside the system.

Original article published by the European Journalism Centre, May 22, 2012.

» Ethics and Quality » A Code of Conduct in Covering...