September 1, 2021 • Ethics and Quality, Media and Politics • by Dren Gërguri

Manipulating images to give them false context or convey untrue information is a common practice nowadays. Dubbed, ‘deepfakes’, the trend is being facilitated by access to expensive hardware and AI mechanisms capable of creating convincing, high-definition fakes. It has become a bane for the tech and media industries, which are finding it harder and harder to determine whether content is authentic or fake.

Picture manipulation on the cheap

But recently, concerns about these practices have heightened, as the drop in consumer-grade graphical processing units has facilitated even easier access to deepfake tools. This has given rise to a different version of fakery called ‘cheapfakes’ – a manipulation that includes speeding up or slowing down a real video or changing the background or other details of a real image. These crude productions differ from technically sophisticated deepfakes, which is fabricated content showing a person saying or doing something they have never actually said or done. 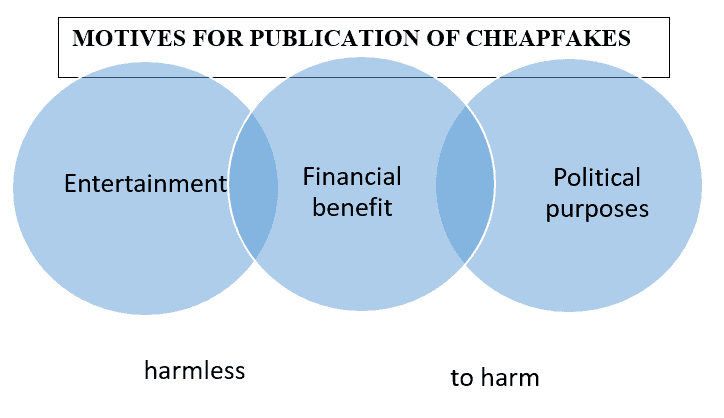 The motives for this emerging trend of cheapfakes range from harmless entertainment to potentially harmful political propaganda. And it is becoming more common because it requires only, basic computer or mobile-phone software. Just a slight manipulation is enough to alter a picture’s message.

A troubling example of cheapfaking is the editing of a Reuters photo, published in 1999 during the war in Kosovo. It shows an Albanian woman, Sherife Luta, who, along with 2,000 other refugees, was attempting to enter North Macedonia at the Blace border crossing.

Altered picture compared to the original

Two decades later, the same photo reappeared online. This time, however, it had been doctored for use as a propaganda tool. The edited picture aims to persuade the viewer that the same woman is a Serbian victim of a NATO bombing. The Russian Embassy in South Africa posted this doctored image on their Twitter feed.

The idea of such propaganda, it appears, is to support Serbia’s and Russia’s narrative of wrongful NATO intervention in 1999 in Kosovo. The cheapfake ostensibly portrays a survivor of the NATO bombing. In truth, the subject is an Albanian refugee, who was forced to leave her home by Serbian forces.

Propaganda thrives on ignorance and misinformation. Russian diplomats used this picture very deliberately in a part of the world where people know little about Kosovo.

But though manipulated photos may fool some, they are easy to debunk. You can, for example, use clues and comparisons from the ‘search Google for image’ option to determine whether an image has been doctored. Other image verification resources include TinEye, which tells you when the photograph was initially published online, and fotoforensics.com – a free tool that determines whether a picture has been edited and which parts have been altered. 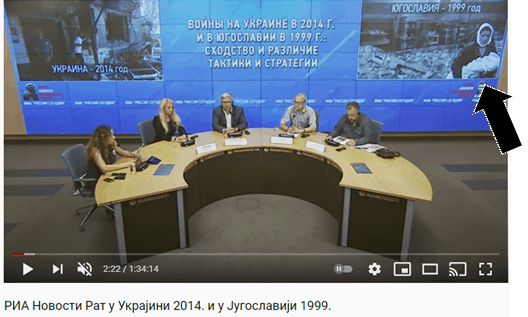 This wasn’t the first time the Sherife Luta picture had been used for propaganda. The same photo appeared on a Russian state news agency broadcast in August 2014.

This time, the Russians framed their subject as a Serbian victim of the NATO bombing. They erased the other refugees and added a bombed building into the background.

Why we should all interrogate our sources

We do not yet know the full impact of cheapfakes on public opinion. But we know that for years, Russia has been spreading misinformation around the world about the war in Kosovo.

Photo manipulation can create narratives based on untruths, which can in turn influence people’s opinions. That is why it is important to raise awareness of the widespread use of cheapfake images and to acknowledge that some governments use the practice as a propaganda tool.

One of the most important lessons we can teach the next generation is to properly interrogate their sources and carefully evaluate all visual information to weed out misleading and dangerous fakery.

If you liked this story, you may also be interested in: Spies, spin and Brexit

Dren Gërguri is a lecturer in the Department of Journalism at the University of Prishtina “Hasan Prishtina”, where he is also a PhD candidate. He has worked as a journalist since 2009. For a decade, he worked for the private television channel Kohavision (KTV); he is now a freelancer.
» Ethics and Quality, Media and Politics » The ‘cheapfake’ photo trend fuelling dangerous...