“Like A Laboratory For News”. Experimenting With Journalism In Hackathons 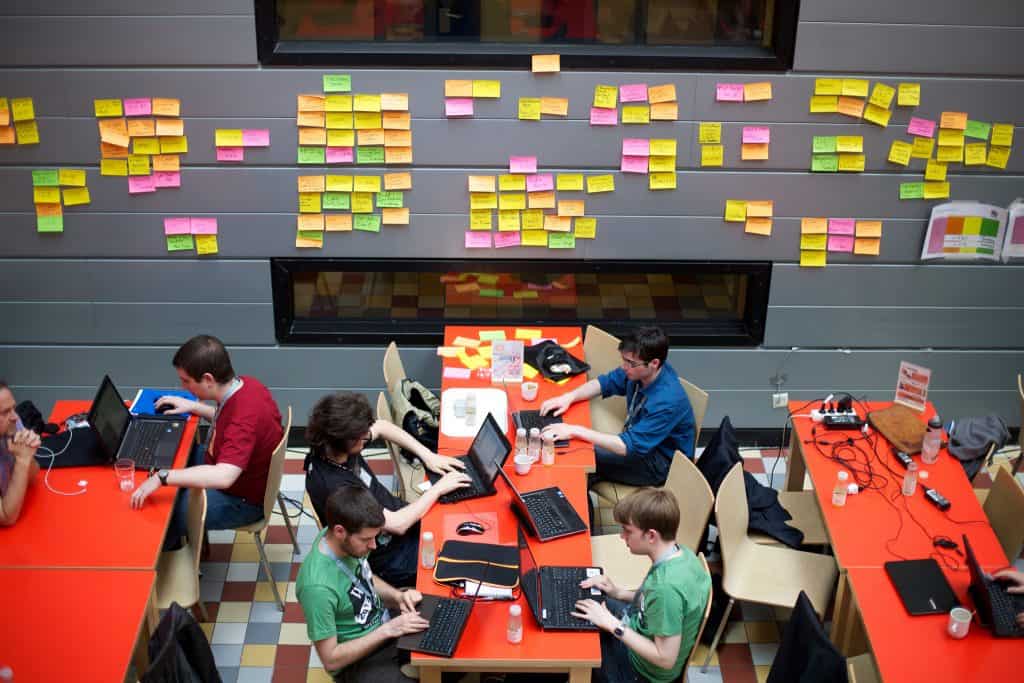 A team under pressure, a project to be developed, few rules and much creativity: these are the key ingredients for a journalism “Hackathon”, an event in which multiple multidisciplinary teams challenge each other to design a piece software – in most cases an app, a language programme or a user interface. Participants often come from all walks of life: among them are reporters, designers, data specialists, civic hackers and often passionate citizens. It’s no easy undertaking: competitors must be able to balance technical competence with inventiveness, contributing to the projects with their own set of skills.

What began in the world of software development has also become popular in the wider journalism community. So much so that it has gained the attention of researchers. One of them is Jan Lauren Boyles from Iowa State University who recently wrote about this phenomenon in the context of journalism.

For one, Boyles study highlights how Hackathons foster the exchange between journalism, technology and various other stakeholders such as local governments or the public, for instance about digital innovation in newsrooms. But Boyles also shows how the hackathons have become one of the most interesting laboratories for journalistic experimentation.

The objective of many journalistic hackathons is first and foremost the the creation of new prototypes for the media industry. Often, the tools developed by the teams are meant to optimise the production of content or facilitate the distribution of news. Some participants even hope that their app or software will eventually be picked up by outlets or enter the commercial market via some other route.

However, as Boyles points out, only 10-25% of the prototypes created during hackathons usually enter the market. A lack of funds, time, and the managerial culture that currently dominates the traditional journalism sector makes it difficult for the tools to reach a wider audience.

While hackathons praise themselves on fostering relationships between journalism and the public, Boyles research demonstrates that this, too, is not necessarily the case. Participants in these events need to have at least basic knowledge of coding and programming – something that by definition excludes large parts of the general population. Moreover, the perception of these events often remains that of a closed environment.

Even in newsrooms, journalists who participate in hackathons can have a difficult footing. These “journalist-hackers”, journalists who bring their computer training in various fields to the job, are still at times treated with suspicion. According to Boyles, “hacker reporters” often prefer to be autonomous, have a low propensity for group collaboration and are often not too interested in direct engagement with the public – traits which put them at odds with traditional newsroom culture.

However, Boyles also criticises the attitudes often still prevalent in newsrooms. More traditional journalists, in particular, often struggle to interact with the specialists, hackers and citizens who have recently become involved in news innovations. Finally, the study also puts the spotlight on concerns about the hackathon model itself: low rewards, long work sessions, and project precariousness.

The full study “Laboratories for news? Experimenting with journalism hackathons” can be found here.

Andrea Briga is currently studying for a master’s degree in media management at the University of Lugano. He holds a bachelor’s degree in communication science with a minor in public communication. He writes for the Italian EJO.
» Digital News, Research, Specialist Journalism, Technology » “Like A Laboratory For News”. Experimenting...