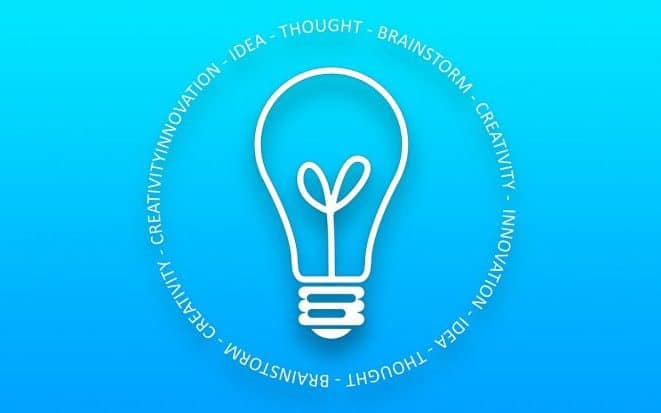 How can newsrooms best stimulate creativity?

“Harder, better, faster, stronger.” Daft Punk probably weren’t thinking of news production when they wrote their hit single. But in an era when journalists face never-ending pressure to tell a story faster and better that anyone else, these four words are like a constant drumbeat in our heads. Unfortunately, few newsrooms are able to provide journalists with the tools and resources they need to meet such a challenge.

The world is changing all the time. Every day, news organisations assure us that they’re trying to find new ways of connecting with their readers and reflecting on the world we live in. But despite this, newsrooms are still resistant to change and continue to stick to the same methods they’ve been using for decades. Even a small thing such as using Slack instead of e-mail can take years to get off the ground. And in Portugal, there are many newsrooms without even one data journalist. So if we’re serious about innovating, what we really need to do is stop the cycle and make a fresh start.

Daring to be different

We still spend too much time looking at what’s trending on social media and trying to imitate stories that have already gone viral elsewhere. We’re under huge pressure to play the numbers game. We might achieve high scores by publishing 10 photo galleries a week (where each click counts towards success), but this means that all too often we’re all doing the same things, chasing after the same stories and adding little (or no) value for our readers.

Instead of running after each other, we could be producing articles and stories in a more creative and engaging way. But to do this, we need to climb down from the hamster wheel and give ourselves time to think. We need to give ourselves the chance to observe what’s happening in the world, in a thoughtful, clear-sighted and smarter way. If we could just stop doing some things, we would have more space and resources to start doing something different.

Under pressure to do it all

The future is now, we keep on being told. But how can we achieve innovation unless we’re given the basic tools required to try something different? Journalists are expected to write, photograph, video-record, edit and even to manage social media. Preferably all at the same time and in an integrated manner. But newsrooms are still very reluctant to make the necessary resources available.

Few journalists are given a telephone, recording device or laptop by their employers – certainly not if they’re just starting off in their careers – and sometimes they’re expected to provide their own equipment. Put that in the context of the low salaries in newsrooms and high rents in cities such as Lisbon and Porto (where most media outlets are based) and you have the lot of the typical young Portuguese journalist.

Of course, the ability to adapt has always been a vital requirement for a journalist. Throughout the history of the profession, we’ve had to meet the challenges posed by new ways of delivering the news. When television was invented, many predicted it would mean the end of radio, and when the internet came on the scene, many assumed it would deal newspapers a fatal blow.

And indeed, the internet has presented the news industry with a serious challenge. Readers have become used to having free access to information and it’s a tough call to persuade them that quality journalism is worth paying for. In Portugal, according to the latest Reuters Digital News Report, only 7% of people are prepared to pay for news. That doesn’t bode too well for the future.

However, it’s important to remind ourselves that journalism is not just about providing basic information. It’s about subjecting the powerful to critical scrutiny and giving people the tools they need to make properly informed decisions about their lives and those who govern them. Independent journalism is vital for democracy. And that has costs. 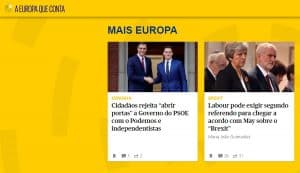 To help media outlets avoid the trap of financial dependence on political and other vested interests, some big institutions (such as the European Union and Google) have made funds available to pay for specific journalistic projects, and there are some great examples of what can be achieved with this kind of sponsorship.

At my newspaper, Público, we created a daily podcast called P24, which features journalists and guests discussing the news of the day. P24 was initially sponsored by Google and was such a success that when the Google funding came to an end, Público decided to keep the project going. Not only that, but it launched several other (non-funded) podcasts, created by the politics, world, and sports desks.

Another Público project, A Europa Que Conta [The Europe that matters], was sponsored by the European Parliament and made it possible for us to run dozens of articles and reports about the European Union, thus helping to prepare our readers for the European elections.

One issue that arose in connection with the sponsored projects was the need for transparency about the nature of the relationship between media outlet and sponsor. To keep the trust of our readers, we have to be absolutely open about which content receives financial support and who the funders are. We also need to help readers understand the difference between sponsored content in which the sponsor has a say, and the sponsoring of projects where the journalists retain full editorial independence.

We recently tried an experiment in which we replaced all the photographs in the print edition of Público with cartoons drawn by artists featured in a Portuguese cartoon exhibition. This was a pretty cool way of celebrating the exhibition with a special edition of the paper, but some media critics complained that this one-off spelled the beginning of the end for the use of photographs in the paper. This just shows how new ideas can face a lot of opposition, especially if they seem to challenge traditional conceptions of the media.

The world is and always has been in a constant state of flux. The future might be now, but it was already like that yesterday and it’ll be the same tomorrow too. Each day brings with it fresh opportunities to adapt to change and to innovate. The one thing that doesn’t change is the fundamental principles of journalism.

If you liked this story, you may also be interested in Six Ways Editors Can Innovate (And Do Their Day Job)

Liliana Borges has been a journalist with the Portuguese newspaper Público – where she covers domestic politics – since 2016. Before that, she worked for Jornal de Negócios and the Budapest Times.
» Comment, Newsroom Management, Recent » Journalistic innovation: a Portuguese solution