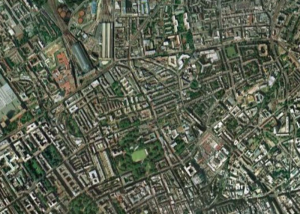 The UK’s hyperlocal (community) journalism scene has long provoked strikingly contending judgments. Doubters see it as amateurish, fragile and of little relevance to ‘real’ journalism. Supporters believe it has already built the base to be a long-lasting and important feature of news ecologies all over the world.

The good news is that opinions these days can be increasingly informed by an extensive body of evidence, judging by the recent Centre for Community Journalism conference at Cardiff University. The organisers commissioned Damian Radcliffe to write a summary covering 40 pieces of recent research: What next for community journalism?

This enabled Damian to revisit a pioneering piece on hyperlocals he wrote for Nesta back in 2012. Having just taken up a new role as Carolyn S. Chambers Professor in Journalism at the University of Oregon, I’m sure we can look forward to many further contributions.

Here are some of the facts highlighted by the report:

The author’s conclusion is that whilst hyperlocals have made great progress to provide valued services across the UK, they have not yet decisively overcome challenges identified in the report written three years earlier, notably with regard to sustainability, funding, discoverability, access to non-financial resources and recognition by media regulators and policy-makers.

Hyperlocals use a wide variety of business models, including advertising, grants, philanthropy, membership/ subscriber arrangements. The research shows that business models are still unsettled and at risk.

The report lists no fewer than 35 recommendations aimed at government at different levels and organisations such as the BBC, which has lately shown interest in collaborating with hyperlocals in the embattled cause of public service news provision and the BBC’s own funding. This is a serious policy agenda which now merits serious attention.

My own view is that the hyperlocal movement has indeed reached a first and decisive stage of maturity where its existence and further growth are not really in doubt. It would help now to shed the cumbersome hyperlocal label and focus upon further enrichment of the complex ecology of independent, community news services, which exist and will continue to flourish in all media. Community news is bigger than digital-only.

The Bristol Cable is a good example of a co-operatively owned and funded newsprint-format community news service with a feisty campaigning commitment. Internet radio and video offer abundant community potential. Meanwhile all news media, mainstream or legacy players as much as community news providers, must wrestle with the complex challenge of making clever use of mass-appeal digital platforms like Facebook and Youtube without being stifled by them and if possible extracting some advertising rent from the relationship. There is a paradox here: we appear to be simultaneously engaging with the way that digital communications meet physical and human limits, whilst still experiencing intense digital turbulence – for example in the rapid shift in consumer preference for digital news consumption via mobile devices.

Government and regulators have an important role to play in ensuring that Big Media and Big Social Media play their part in making the ecology to which all news providers belong habitable for the small, insurgent and less profit-focused, as well as for bigger, more commercial organisations with a longer history. Universities can help by providing a researched evidence base for community journalism and by offering training in a form which makes it accessible to independent community journalists. Cardiff’s pioneering community journalism MOOC (massive, open, online course) has attracted over 10,000 learners from 40 countries.

Citizen Journalism, as hyperlocal news used sometimes to be known, may not aspire to produce its own Citizen Kane, but it has established itself as a significant success story in the wider context of creative citizenship. You’ll be able to read all about that in The Creative Citizen Unbound: how social media and DIY culture contribute to democracy, communities and the creative economy. This book, co-edited by myself and John Hartley, is an outcome from a three-year AHRC/EPSRC research project. It’s due out next spring from Policy Press and sets the renewal of community journalism in a wider social, economic and political context.

You may also be interested in:  More and More Media, Less and Less Local Journalism, by Rasmus Kleis Nielsen, EJO June 2015

Ian Hargreaves is Professor of Digital Economy at Cardiff University. Most of his career has been in journalism, where his roles included Deputy Editor, Financial Times; Editor The Independent; Editor the New Statesman and Director BBC News and Current Affairs. He is a member of the Editorial Committee of the Reuters Institute for the Study of Journalism.
» Latest stories, Specialist Journalism » Campaigning, Investigative, Independent… Is Community Journalism...