Do Online Comments Affect The Credibility Of News? 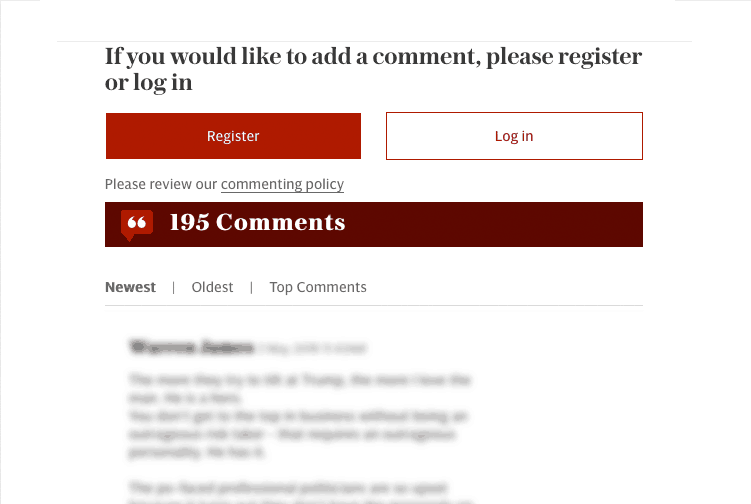 From “Letters to the editor” to comments on news websites and social media pages, audience feedback on news stories and opinion pieces in newspapers and magazines can take many forms. But does it also affect how readers see a story? Can negative comments from readers even undermine the credibility of an article?

As an old study by Lander in 1972 showed, audience feedback can fulfill the function of a “social safety valve”. Comments enable readers to release their frustrations through self-expression, thus serving as a form of catharsis. However, comment sections have also opened the door for expressions of incivility and negativity that include hostility against news outlets, their content and their journalists. For many, this raises an important question: Will managing online news comments become the new urgent challenge in journalism?

Frank Waddell, an assistant professor at the University of Florida’s College of Journalism and Communication, addressed this question in his recent study “What does the crowd think? How online comments and popularity metrics affect news credibility and issue importance”. His research tried to understand how negative reader comments affect other reader’s reception of news stories.

With this aim in mind Waddell conducted an online experiment with 289 participants who were asked to browse a Twitter feed with a low or high number of stories about heroin addiction, a topic that is – according to Waddell – not yet politically polarised (or at least not as much as other topics). Participants were then directed to the second page where they were able to see the comments of the readers on a story and the number of times a story had been re-tweeted or ‘liked’. In a last step, they were directed to a page with a story about eight overdoses from heroin that happened in the county of Washington, Pennsylvania.

Through this set-up, Waddell sought to understand how factors such as the frequency of the topic in the news feed, negative and positive readers’ comments, as well as the number of re-tweets and likes a story has received influence the perceived credibility and importance of the story.

Waddell’s study found that negative comments decreased readers’ trust in a story’s credibility. It’s a phenomenon he calls “bandwagon support”: people tend to feel less inclined to believe in a story that many other people are not satisfied with. However, while readers’ comments seemed to have an effect, Waddell also found that the number of likes and re-tweets a news story has garnered does not influence other readers’ reception of the contents.

On the other hand, his findings revealed that negative comments decreased perceptions of crowd support which attenuates the first-level agenda-setting effect of the media. This in return gives more power to the audience whose negative comments can undercut the perceived importance of issues.

Bill Reader’s book “Audience Feedback in the News Media” states that audience feedback is one of the longest unbroken traditions among all modern practices of journalism. Waddell’s study takes these findings a step further, and shows that media organisations must take the effect of readers’ comments seriously.

Concerns about the possible effects of reader comments are justified and well warranted. Especially negative and uncivil online comments threaten the perceived journalistic quality of a news story. Consequently, there is a need to find good solutions for managing comment sections in online news, and media outlets should consider ways to moderate, de-anonymise or remove comments to decrease the effect of negative comments.

Reuters provides an example here. In November 2014, the news agency removed the comment sections on its news stories to motivate their audience to move discussions to social media and online platforms. For Reuters, this was the best solution as those spaces offer “vibrant conversation and, importantly, are self-policed by participants to keep on the fringes those who would abuse the privilege of commenting”.

This does not mean that all outlets have to go the “Reuters Way”. Yet, they have to keep the effect of negative comments in mind. The alternative is sapping of their own credibility – an idea not too comforting in times where trust in journalism is already low.

You may also be interested in Germany’s AfD: With The Media And Against The Media.

Rana Khaled Arafat is a PhD student in media and journalism at the University of Lugano, Switzerland. She is also an Assistant Lecturer at the Faculty of Language and Communication at the Arab Academy in Cairo. She holds a master's degree in international journalism from Cairo University.
» Recent, Research » Do Online Comments Affect The Credibility...