Fan culture and tribalism in the media 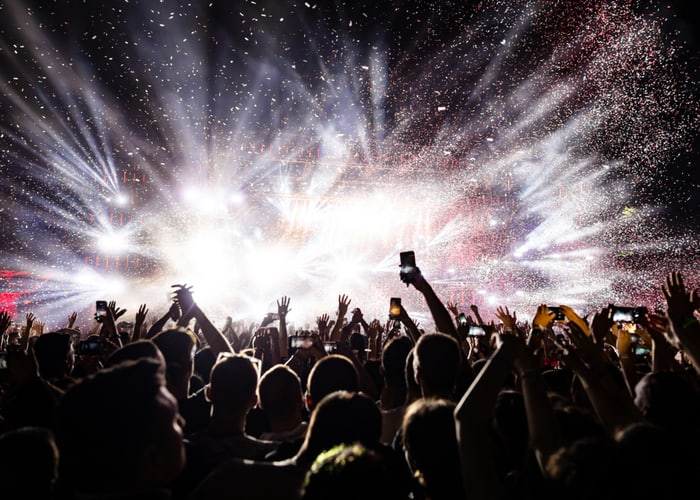 Donald Trump is gone. But more will remain of Trumpism than we would like – and the media will have to come to terms with the extent to which its work has played a role in allowing the former president’s influence to endure beyond his time in office.

Let’s take a look at the numbers. Seventy-four million Americans voted for Donald Trump, and, until his Twitter was blocked, there were more than 80 million users hungry for his unfiltered tall tales – dished out directly from the horse’s mouth. Among those users were, one can safely presume, thousands of journalists and influencers serving as Trump’s loudspeakers.

Trump directly attacked or insulted the press in 2520 tweets during his term in office, according to the US Press Freedom Tracker. The Washington Post’s fact-checkers counted 30,534 false or misleading statements during his presidency – that’s 21 per day.

It has to be said, from day one, the Washington Post’s tally was annoying. Its fact checkers did not distinguish between ‘false’ and ‘misleading’ statements, lumping both categories together – presumably as a way of avoiding the ‘hot water’ of trying to differentiate between the two.

The media outlets that willingly peddled Trump’s nonsense are as much to blame for all the attention he received as his own supporters. Peter Laufer, a professor of Journalism at the University of Oregon, has pointed to Fox News’ outrageous presentation of lies and gross distortions as news, as the “poster child of this abuse”. He was writing about how the station had an easy time of harnessing the internet –with Trump’s help –to spray its venom far and wide.

As we have learnt, attention economics work on the principle that whoever achieves the greatest media resonance scores the most points – regardless of their methods. Trump maximised his attention on Twitter, Fox News and the right-wing populist media – the usual suspects he depended on to spread his message. But he also garnered maximum attention from publications that tended to demonise him such as CNN, the New York Times, and the Washington Post.

These outlets were able to exploit this attention to maximise their ratings, clicks and subscriptions. And they did it with Trump’s help, allowing him to dominate headlines to an extent that other, more important topics were pushed off the news agenda.

Commercial success, however, does not count for everything. Trump’s constant attacks on the media had the effect of sidelining the outlets that challenged him. This is because new, paying customers apparently expected editors to ‘show some attitude’ while defending themselves against Trump’s attacks. These efforts to defend themselves had a corrosive effect on their journalistic impartiality, according to many concerned observers. This could be said of the New York Times – a publication which has long pledged to report “without fear or favor” and strictly on the basis of thorough, incorruptible research.

Two keywords can help us understand Trumpism in its facets. Both have a lot to do with the power of the media – a factor that journalists prefer to leave out of their own analysis on current affairs, because it makes them uncomfortable to acknowledge what researchers have known for decades: that the media wields considerable influence.

The first keyword is tribalism – a phenomenon which is wreaking havoc, and which has recently fueled considerable book production in the Anglo-Saxon-speaking world.

Amy Chua, a law professor at Yale University, was one of the first to highlight the fatal consequence of tribalism taking root in the media – using the USA as an example. She points out that this is especially dangerous when it not only determines perceptions and reactions, but also influences what is offered as basic facts.

According to Chua in Schweizer Monat (Swiss Monthly) it has become “in many cases almost impossible” to ascertain these facts when “the media is so infected by political polarisation”. In other words, belonging to one camp or other determines whether facts or “alternative facts” can claim validity.

The second keyword in question was introduced by Vinzenz Hediger, a film critic at the University of Frankfurt. That is, “fan culture”. Hediger sees Trump as a media figure who attracts the loyalty of admirers, making him immune to the discrepancy between his image and his track record. So, instead of turning to conventional political science wisdom, Hediger suggests interpreting Trump as a spawn of fan culture.

Fans exist, he points out, “in sport, in music, in theatre, and in the field of film and television”. Trump’s supporters should be understood “not primarily as conventional voters rationally calculating their own interests with the political programme of a politician,” but rather as enthusiastic supporters “who relate to him as if he were a star”.

Stars stumble from time to time, and part of being a fan is to stay devoted to them even in their darker moments. In any case, Trump, and his contempt for the rules of decency, “bears a greater resemblance to a rockstar who tears his hotel room apart than a conventional politician”.

Hediger updated this analysis after the storming of the Capitol, describing how “the fan-cultural aspect” has also created a legal quandary. In the upcoming impeachment trial and other criminal and civil proceedings, the case will come down to establishing a causal relationship between Trump’s words and gestures, and the criminal behaviour of his supporters.

Hediger questions: “Was he the trigger, or did the mob ultimately act on its own initiative?”  As such, the storming of the Capitol takes the form of a “euphoric communal experience” in which people who otherwise do not know one another are bound together by a “shared adventure” and “the bond that connects them to their idol”.

The final verdict on how to evaluate Trump’s presidency, and ultimately whether he will go down in world history as a baron of lies or a sore loser, is a question best left for historians.

What we can be certain of is that – much as the hubristic Trump will protest otherwise – he will not be remembered as the greatest leader of all time. Given the sheer volume of falsehood uttered, at best, he might lay claim to the title of the greatest liar of all time, an accolade that could make him worthy of an entry in the Guinness Book of Records.

As history has shown, fascist movements cannot work without a leader cult. The rise of Hitler and Mussolini would have been unthinkable without ‘tribalism’, ‘fan culture’, and media amplification. Ultimately, popularity is generated through attention – a basic tenet of how media influences the masses, which PR experts and propagandists have understood for decades.

Here in Germany, as the University of Münster’s Thorsten Quandt notes, Trump has even displaced Angela Merkel from her top spot in mentions in German media Facebook posts.

Even in times of Corona, Trump sustained an unchallenged position as number two in news coverage, beaten only by the virus itself, generating clicks regardless of whether he was being cast as a beacon of light or an irreplaceable villain.

If you liked this story, you may also be interested in: Toxic Europeanisation – coverage of the 2019 EU elections.

European Journalism Observatory co-founder and until 2018 Professor of Journalism and Media Management at the Università della Svizzera Italiana in Lugano. Frequent contributor to Neue Zürcher Zeitung (NZZ) and Der Tagesspiegel (Berlin), as well as to the specialist publications Schweizer Journalist and Der österreichische Journalist.
» Latest stories, Media and Politics, Specialist Journalism » Fan culture and tribalism in the...