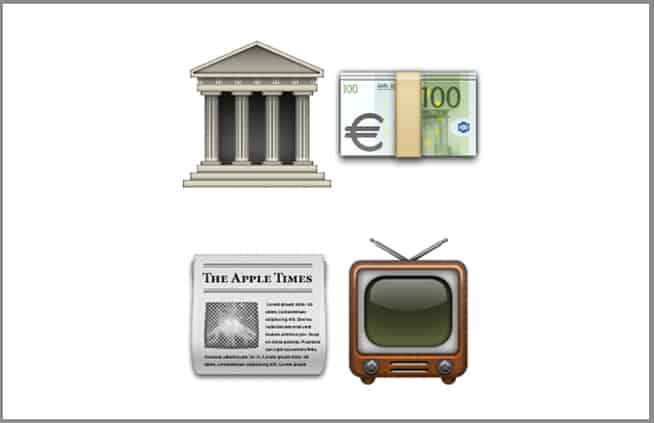 State support for media is not a new concept. There are plenty of examples around the world where governments are financially supporting media in the public interest – ideally without wielding editorial influence. Particularly in democratic countries, government intervention to preserve and promote public value dimensions of news and quality journalism is structurally formative.

But state aid is not limited to these formats. It can also include grants to non-commercial citizen radio and new journalistic online-only ventures, start-up media companies and investigative journalism projects Ideally, all these forms of state support allow journalism to provide a forum for public dialogue and enable social inclusion, political participation as well as the responsible action of citizens.

And yet, despite state aid for journalism being common across Europe, it is a contested matter. While Austria, for example, provides grants for institutions training journalists, France has shelved income tax allowances for journalists, a surprising move which could exacerbate the existing lack of diversity of opinion in the country’s media. I argue that regulation is needed in response to the demand of the public for the correction of inefficient or inequitable market practices. In effect, there is a need to reform existing support schemes. Of course, doing this in ways that satisfies all stakeholders is a very difficult, if not impossible task.

Why is Governance so Difficult?

Before we look at how successful and effective state aid for the media could look like it makes sense to outline what state aid can do for journalism. Generally speaking, it can help to:

With the news industry under threat from falling advertising revenues and new revenue streams being hard to find, state aid for the media could help to address some of these issues.

But why should governments enter the murky waters of state media aid and expose themselves to criticisms that these schemes imply? For instance, aren’t subsidies opening the door for manipulating journalists and inducing media bias in favour of the government? And what about the fundamental paradox of state media aid? Can a government help to structure, regulate, and financially support journalism and hence foot the bill for journalists to carry out their watchdog function, without undue government control or intervention in the editorial process? Or, to put it differently: what government would hand out funds to a journalist working on a story about, say, government corruption?

But why should governments enter the murky waters of state media aid and expose themselves to criticisms that these schemes imply?

The criticism of state aid for journalism doesn’t stop here. On a macro level, the ability of public subsidies to solve current pressures in the media is limited. They could even be counterproductive. Subsidies, critics argue, would neither ban the spectre of market failure nor relax issues of “agency capture”, a specific form of government failure. In this scenario, a benevolent government slips between the horns of a dilemma when asked for policy action to ensure both economic vitality and editorial diversity of the media.

Another point of criticism has not only been the political ramifications of state subsidies but their potential misappropriation. Critics argue that subsidies slip into publishers’ pockets with no obvious return to journalists and society at large. Ending up as backdoor subsidies with no clear benefits, only artificially keeping alive those who are already economically weak, they do little to balance the structural inequalities of the market.

How To Design More Effective Schemes?

So what has to be done to address these criticisms? Which criteria need to be satisfied for state aid for journalism to be successful and effective?

Can a government help to structure, regulate, and financially support journalism and hence foot the bill for journalists to carry out their watchdog function, without undue government control or intervention in the editorial process?

Second, it should come as a natural feature that the development of state-supported journalism is not exclusively based on economic principles (economic freedom, property rights) but also on socio-cultural, political and democratic frames to preserve the public interest. Importantly, this includes that journalistic principles are protected and promoted (truth, accuracy, objectivity, etc.), and that the funding scheme complies with international standards regarding ethical journalism (i.e. codes of conduct, charters and statements made by media and professional groups outlining the principles, values and obligations), terms of payment (i.e. state-supported journalism should not “debase” or even replace fair payment and collective bargaining agreements or should have those as principle requirement respectively), and diversity principles (i.e. subsidies should go out to journalists across the whole political spectrum if they comply to democratic principles).

And third, state-supported journalism may use different tools such as tax breaks, fiscal advantages, financial grants, awards or prizes or other types of preferential treatments or promotions for journalists. Support may be direct and general, or direct and selective such that grants would only go to specific genres of journalism (e.g. investigate or citizen journalism) or be targeted at improving the employment situation (e.g. grants for innovations and modernisation, educational and training grants for journalists, awards, prizes). Alternatively, support may be indirect in that journalists, for example, are exempted from payroll taxes. Financially supporting low-profit liability corporations or non-profit news collectives could also be an option. Obviously, the tools used should meet the objectives and need to be regularly evaluated against meaningful performance indicators.

Ultimately, state aid for the media and journalism does not offer a “magic bullet” solution to resolving the crisis of the industry and contemporary journalism. While they point to the significance of a policy of guarantees and incentives to promote independence, quality and innovation, proof as to what effectively is to be gleaned from state aid is essential. Yet, such evidence-informed reasoning is currently absent.

If you liked this story you might also be interested in HackPack: How A Virtual Newsroom Transforms Journalism.

Paul Clemens Murschetz gained his PhD at the Vienna University of Economics and Business and an MSc at the London School of Economics. He is an associate researcher at Berlin's University of Digital Sciences (UDS) and teaches media and communication sciences and media management at various universities in Austria and Germany.
» Business Models, Comment, Media and Politics, Media Economics, Recent » State Aid For Journalism: A Highly...