Czech Republic: Coronavirus and the media 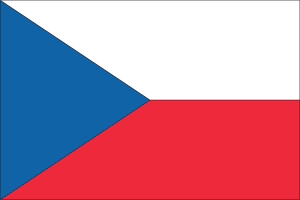 Czechs seeking reliable information about the pandemic have been turning to trusted news brands, with the result that the public broadcaster and other quality media outlets have enjoyed something of a “corona bump”. In the long term, however, the economic downturn triggered by the crisis means that media in general face an uncertain future.

In the Czech Republic as elsewhere, the impact of the Covid-19 pandemic means that the media are in a somewhat paradoxical situation. On the one hand, the arrival of coronavirus in the country at the beginning of March and the imposition of a state of emergency prompted people to visit quality news sites on a more regular basis than before in search of reliable information. Jan Bělíček, editor-in-chief of the independent non-profit news website A2larm, told EJO that his site had had a record numbers of visitors in March: “People now have time to read longer and more demanding articles. They’re suddenly going for even the kind of pieces I wouldn’t normally expect to attract many readers.”

Quality media may have been enjoying a surge in traffic, but the sector’s long-term prospects are not quite so rosy. One of the first signs that the Czech economy was about to be plunged into a deep freeze was a sudden drop in advertising revenue, on which most privately-owned media are heavily dependent. “We are on the brink of a recession, the extent of which is likely to surpass that of the 2008 crisis,” media expert Václav Štětka told EJO. He recalled that the collapse of advertising revenues in the wake of the 2008 crash was one of the factors that triggered the exodus of foreign media owners from Central Europe.

Štětka also observed that today, print media are in an even weaker position than they were in 2008,  with many lacking the resilience needed to weather the current economic storm. Media publishers everywhere are having to scale down their operations, with large numbers of journalists being laid off and the decline of local media creating “news deserts”. The deepening of the crisis as a result of the coronavirus “could mean the closure of smaller newsrooms and – if this turns into a lengthy recession – the regrouping of forces on the market,” he added.

This is a view shared by many Czech journalists. Radek Kedroň, editor-in-chief of Czech Radio‘s iRozhlas.cz news website, predicts that public media will not be able to escape the fate of privately-owned media. “I reckon that several titles will fold due to a fall in advertising or an ebbing away of subscribers,” he told EJO. “However, we can‘t count on Czech Radio remaining an untouchable ivory tower. Economic pressures will take their toll at Czech Radio as well.”

“Independent media need to work out as soon as possible how to thrive in these new circumstances, or at least how to survive.” – Jan Bělíček

Erik Tabery, the editor-in-chief of the weekly news magazine Respekt, said that with readers forced to make economies and having to think hard about whether they can afford to continue paying for news, many media outlets are likely to go to the wall but others could benefit from a reduction in the competition. “The strong will emerge stronger,” he predicted.

Media outlets financed by their readers rather than by advertising revenue could enjoy an advantage in the short term, though how long this might last is unclear. “Contributions from readers bring us security in difficult times, but this can fade over time. It depends on how much Czech society is affected by the economic crisis,” A2larm’s Jan Bělíček said. “Independent media… need to work out as soon as possible how to thrive in these new circumstances, or at least how to survive.”

The switch to remote working necessitated by the declaration of the state of emergency on 12 March brought with it both pluses and minuses. On the one hand, journalists were no longer able to interact directly with their colleagues at editorial meetings or interview their sources face-to-face. However, A2larm’s Jan Bělíček pointed out that it is easier to keep track of journalists in lockdown, which simplifies the task of coordinating their work.

For Bělíček, a more serious downside is the fact that there is now a question mark over whether certain long-term commitments can be fulfilled. “The state of emergency affects our longer-term projects, for which we have obtained external funding and which cannot now be implemented, mainly because the possibilities for doing field work are now very limited,” he told EJO. One project for which A2larm had secured funding involved journalists travelling abroad – another complicating factor once strict border controls had been imposed.

As well as intensifying the need to find a sustainable business model, the crisis has also accelerated the digital transformation of the media. According to Václav Štětka, one area of the media that has received a significant boost from the pandemic is data journalism, as now more than ever there is a need for journalists capable of “quickly processing and interpreting vast quantities of information for the benefit of the ordinary citizen”.

Audiences turn to public media when they feel a particular need for reliable information. This is demonstrated by the fact that on Sunday 15 March, a few days after the declaration of the state of emergency, viewing figures for Czech TV’s flagship news programme “Události” [Events] were higher than they had been for more than 15 years and even overtook those for the main news bulletin of the commercial channel TV Nova, traditionally the most popular television news programme.

People who do not usually watch the public broadcaster – and perhaps even disdain it in normal times – felt they had to watch it on this occasion. “We know from the past and from what happens in other countries that when extraordinary events take place, people turn to established media brands, from which they can expect high-quality and professional news. In the Czech Republic, public service media have for a long time enjoyed a relatively high level of trust, so the increase in viewing figures during the coronavirus pandemic is not surprising,” Štětka explains.

Radek Kedroň of iRozhlas also takes heart from the dramatic increase in the public broadcaster‘s audience: “I firmly believe that the Covid-19 epidemic may boost public confidence in the public media. This is what the March figures suggest. Readers came to us via Google: they were obviously impressed by the iRozhlas brand and decided that they prefered it to others. And we can now see that some of them are coming back to us.”

The coronavirus pandemic has served to underline the fact that we still need professionally curated news, even in these days of citizen journalism, when according to the well-worn cliché anyone with access to the internet can be a journalist. Despite this, in most newsrooms there is a sense that change is inevitable but that it is hard to predict what form that might take.

Respekt’s Erik Tabery is of the opinion that while the basic principles for producing a quality journalistic product are still valid, in the post-corona world nothing can be taken for granted: “I believe that if a media outlet offers a combination of interesting content, professional presentation and social responsibility, then it should succeed. But to be honest, it’s quite possible that in a year’s time you‘ll be asking me why Respekt failed to survive. I don’t think that will happen, but at this point in time none of the old rules apply any more.”

This is an abridged version of an article that first appeared on EJO’s Czech-language site.

Štěpán Šanda is studying journalism and new media at Charles University in Prague. He is a regular contributor to the cultural magazine A2 and is a commentator for the news website Seznam Zprávy.
» Ethics and Quality, Media Economics, Recent » Czech Republic: Coronavirus and the media